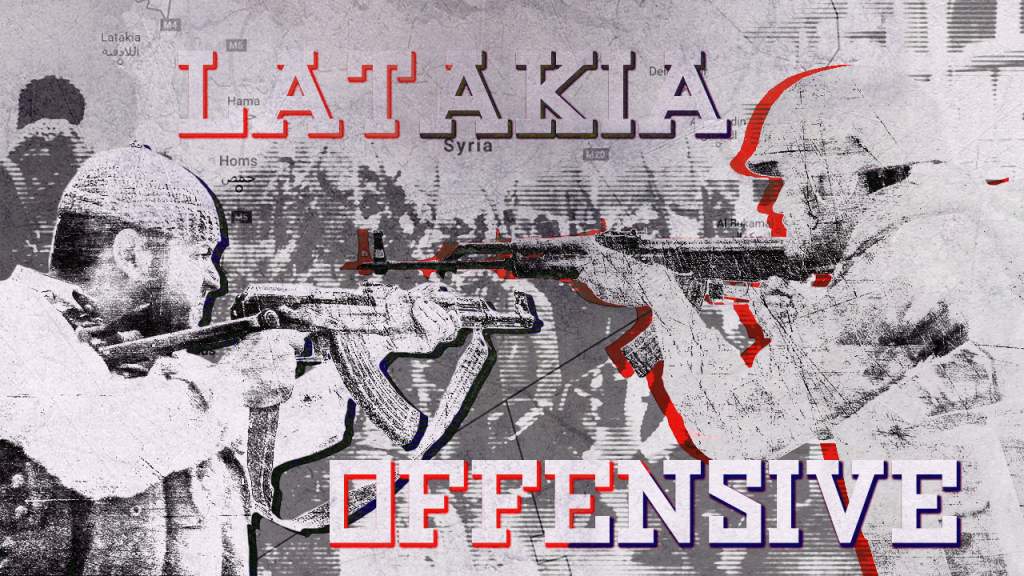 On September 9, the Syrian Arab Army (SAA), the Desert Hawks Brigade, the Syrian Marines and and Syrian Social Nationalist Party (SSNP) started a full-scale advance on Jabhat Fateh Al-Sham (formerly Jabhat Al Nusra) and Jaish al-Fatah terrorists in the province of Latakia. The advance was massively supported by airstrikes of Russian and Syrian warplanes and followed reports that 1,000 cadets completed a 6 month training cycle for the Syrian Marines by Russian military advisers and had been deployed at the frontline in northern Latakia.

The pro-government forces have also stormed Kabbani and the nearby mountaintops of Jabal Hassan Al-Ra’i, Tal Haddadeh, and Jabal Tufahiyah. As result of this move, the Syrian army and its allies captured Jabal Hassan Al-Ra’i and Jabal Al-Tufahiyah. However, they were unable to push terrorists from Kabani. Further attempts to do this are expected in the nearest future.

Meanwhile, reports appeared that Jabhat Fateh Al-Sham have agreed to surrender the last terrorist-controlled district of Homs, Al-Wa’er, to the Syrian government. The agreement includes transporting 300 militants and their families to the northern countryside of the Homs province.

Harakat Ahrar Al-Sham, one of the largest Syrian militant groups, rejected the proposed ceasefire deal that would end all hostilities between non-terrorist factions inside the country, Al-Arabiya News reported on Sunday. Ahrar Al-Sham’s spokesperson “Abu Yousif Al-Muhajar” stated on Sunday that this ceasefire is “unacceptable” because it allegedly strengthens the pro-government forces. If true, this will likely undermine the shaky stability needed to implement the proposed agreement on the ground.