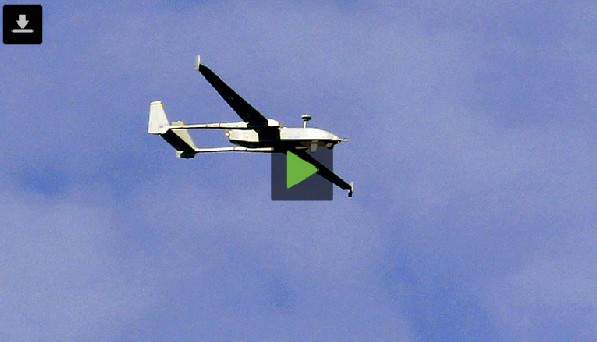 An Israeli warplane and a drone have been shot down by Syrian forces in the southern Quneitra countryside, Golan Heights, the Syrian Army said in a statement. It comes after the Israeli military targeted Syrian positions in the Golan Heights.

Syria’s military said it shot down Israeli aircraft at 01:00 local time on Tuesday in response to an attack on Syrian Army positions.
“Our air defenses blocked the attack and shot down the military aircraft in [the southern province of] Quneitra [Golan Heights] and a drone,” a statement from the ministry said.
The Israeli military denied that any of its military planes were shot down by Syria. According to the IDF, two Syrian missiles targeted their aircraft, but both missed.
“Two surface -to-air missiles were launched from Syria after the mission overnight to target Syrian artillery positions. At no point was the safety of IDF aircraft compromised,” the Israeli military said.

The IDF confirms that no Israeli warplanes were shot down over Syria.

Several hours ago, the Israeli Army claimed that a “projectile” was fired from the Syrian side. According to a military spokeswoman, the projectile was most likely not intentional, rather spillover from “internal fighting in Syria,” AFP reported.

Earlier today, a projectile launched from #Syria, hit the northern Israeli Golan Heights. No injuries have been reported.

The incident comes hours after a Russia/US-brokered nationwide ceasefire in Syria came into effect 7pm Damascus time (16:00 GMT) on Monday.

Tuesday night’s exchange of fire between Israel and Syria in the Golan is the fourth incident of the kind there since September 4, according to the IDF spokeswoman.

While the majority of the Golan Heights have been in Israeli possession since it won the Six-Day War in 1967, the Syrian side of the border has been a focal point for fighting between the Syrian government and the militant Islamist organization Jabhat Fateh al-Sham (formerly Al-Nusra Front).