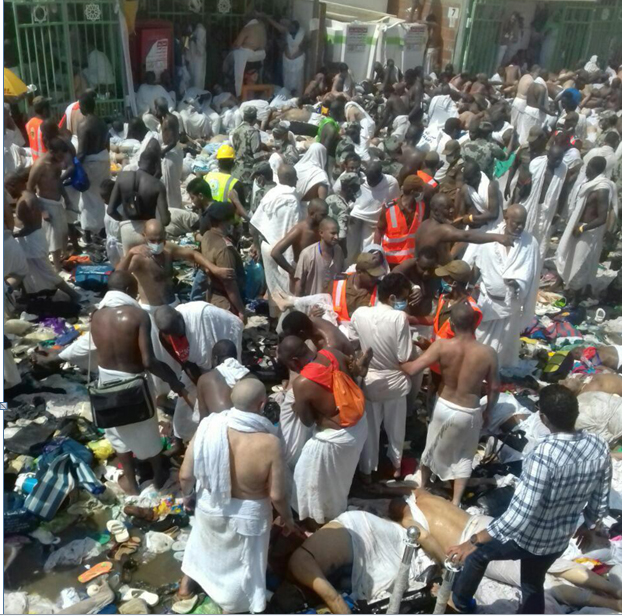 During the incident we have attended among medical staff of Red Crescent in Mina’s Red Crescent Hospital. Only some physicians were present because of pilgrim patients and some had to perform Hajj. We have been informed of the incident by our colleagues’ phone call.

In less than 10 minutes, relief team was dispatched to the scene of incident. Considering that lots of people have been trampled and injured, we were sent to Mina immediately with seven medical and relief teams comprised of 42 people plus some drinking water.

There were a lot of people who had fallen on each other so it was hard to help anyone. Helping injured and killed one was slow. And somehow Saudi forces did not allow helping injured people.

I personally had a continuous presence in the Red Crescent Hospital in Mina. I also did necessary arrangements for sending medical and relief troops to the scene of the incident.

If Saudi didn’t prevent victims’ relief team, many of the pilgrims would not be killed in the disaster of Mina. The pilgrims were thirsty along time in the temperature over 40 ° C. excessive thirst made them asthenia.

Unfortunately, Inability to handle injured continued by the Saudi government. The last bodies were collected at 3:00 am on the day after the incident.

Saudi forces wasn’t trained enough to deal with crisis situations and present forces had only responsibility for controlling security in the place. Even to identifying victims our forces were shooting pictures, but Saudi forces captured the cameras.

Pilgrimage Medical Center of Red Crescent dispatched relief teams in the first few minutes of the incident. They also dispatched ambulances to transfer the injured. Unfortunately, the path was under traffic control.

Hospitals in Mina didn’t have enough capacity. Mina medical teams couldn’t handle the crisis. So there was no possibility of providing services to patients and they could only cure minor disease.

In two of the hospital in Mina, because of the large number of casualties and the lack of sufficient capacity for accepting patients, the injured people were even lying on the floor.

We were witness that alive and dead pilgrims were pooled together in morgue. Staying a few hours under direct sunlight and at temperatures over 40 degrees with excessive thirst, made pilgrims anesthesia. Saudi forces who were involved in collecting and transmitting corpses transformed each person who hasn’t apparent vital signs with the dead to the containers.

Saudi has not enough cold storage facilities to hold the bodies of the victims. Central morgue of Mecca has the capacity to hold 900 corpses the rest remains in the container in hot weather and made the bodies destroyed.

A few days after the incident Saudi forces did not allow us to identify the bodies. If immediately after transferring the bodies to the morgue they let us to identify, we could have done identification process more quickly and easier. Because over time bodies toggled and it was hard to identify. 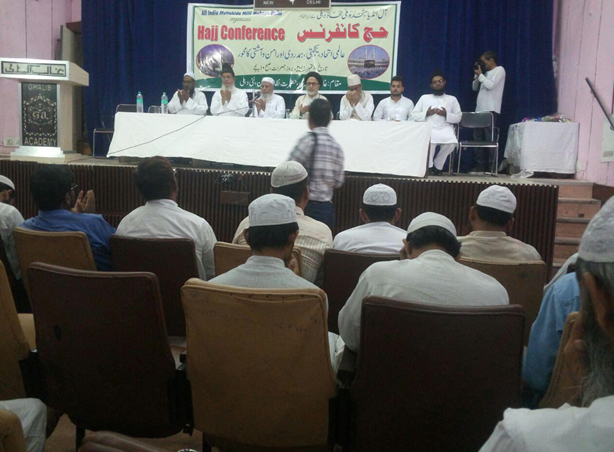 In a bit to abrogate the ban imposed by Saudi Arabia on Iranian pilgrims from performing Hajj, Indian Muslims condemned the move in a seminar here in New Delhi. The seminar was organized by All India Muttahid Milli Mahaz headed by Qari Mohammad Aijaz. Prominent Muslim figures from different Muslim sects attended the seminar at Ghalib Academy.

Dr. Tasleem Ahmad Rahmani speaking on the issue said that Makka and Madina don’t belong to Saudi regime. He urged to form an international council to conduct Hajj. Dr. Hassan Kumaili maintained that the Hajj is a unique platform to integrate and unite the whole Muslim Ummah but unfortunately the same platform is using otherwise to divide and create conflict among the different sects with in Islam.

Moulana Mohsin Taqvi urged the Muslims to mediate talks to minimize the conflict between Iran and Saudi Arabia. This would result in organizing the Hajj in a better way.

Qari Mohammad Ajaz popularly known as Urfi Qasimi criticized the Saudi Arabia government for past problems took place during Hajj. Beware that a stampede during last year Hajj caused thousands dead and hundreds injured. This caused anger among the Muslims in all over the world and popular voices are demanding to manage the Hajj by international organization.

Moulana Mehmood chided the Saudi regime over banning the Iranian Pilgrims and pronounced that no regime has right to ban any one from performing Hajj. Shams Tabreez Qasimi – owner of Millat Times – while concluding the seminar criticized the recent decree of the Saudi Grand Mufti declaring Iran as Non-Muslim. Abd al-Aziz Al ash-Sheikh the foremost religious leader of Saudi Arabia, made the comments a day after Iranian supreme leader Ayatollah Ali Khamenei accused Saudi authorities of killing injured Muslims during the Hajj tragedy in Mecca last year, in which thousands people lost their lives in a stampede while visiting Islam’s holiest site.

Saudi Grand Mufti told the Mecca newspaper in an interview that the Iranian leader’s comments were “not surprising,” as the Iranians are the descendents of the Zoroastrians, a religious group that had assimilated elements of Islam and Christianity before being conquered by the Arabs. “We must understand that they are not Muslims, as they are the descendents of the Magus, and their animosity towards Muslims – especially the Sunnis – is very ancient,” Al ash-Sheikh said.