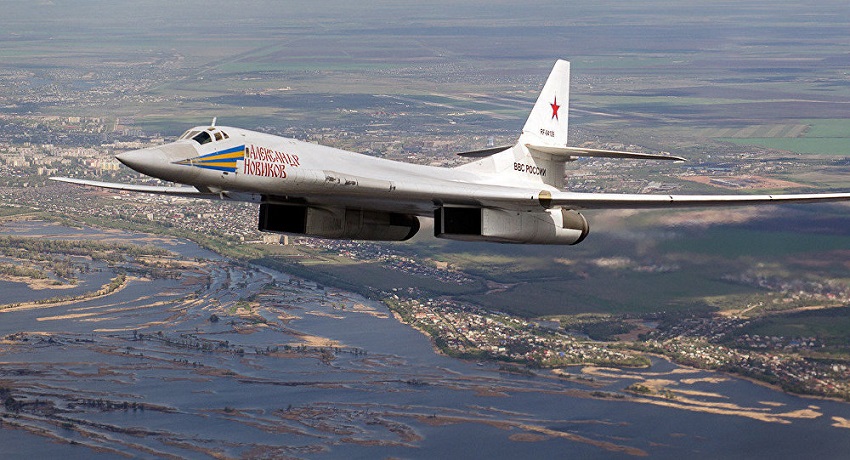 “It is forbidden to kill; therefore all murderers are punished unless they kill in large numbers and to the sound of trumpets.” – Voltaire

The new Syrian ceasefire begins its seven day trial in what is appearing to look like a well thought out agreement, taking lessons from mistakes in the past. Controlling provocateurs who will want to kill the talks has been planned for.

The Russian Syrian command has stated it has the full capacity to monitor violations, where drones will be extensively used. On the American side we had US Syrian Envoy Michael Ratney formally polling the US supported opposition groups to get them formally onboard supporting the ceasefire.

But he went much further. He warned those who continued to mingle with al-Nusra in its rebranded Ahar al-Sham form, that they would have to deal with “dire consequences” for doing so. That was a clear threat that they would become bombing targets as the ceasefire does not apply to al-Nusra.

For its part the Syrian Army has announced a seven day freeze on operations. Everyone will use the time to rest and resupply for whatever is going to happen next. John Kerry has reported a few violations after sundown but initial compliance looks good.

By the time the initial ceasefire agreement news finally came that Kerry and Lavrov had hammered out a new Syrian ceasefire deal, we were exhausted with anticipation, and then frightened that it might all have melted away before our eyes due to some unsolvable issues.

We knew that Russia would insist on the US abandoning its terror proxies by agreeing to separate them from the moderates so they could be appropriately bombed. In return, it appears that Moscow agreed to ask the Syrian Air Force to stand down, and allow the US and Russia to continue the bombing campaign on IS and the remaining jihadis.

Despite the good news of the agreement, we all feared the reality of how many rogue players were on the battlefield (and off) who had a variety of ways to torpedo a ceasefire if so motivated. But those fears were balanced out by the world capitals’ responses to the ceasefire that were generally good.

From the EU, we heard from foreign policy chief Mogherini, “The agreement… is very welcome.

All parties to the conflict, other than groups designated as terrorist organizations by the United Nations Security Council, must now ensure its effective implementation”…and asked, “the UN to prepare a proposal for political transition” to serve as “the starting point for resumption of the intra-Syrian talks.”

The UN’s Staffan de Mistura was pleased with the “clear rules” laid out to stop the fighting, and German FM Steinmeier called on all parties to give peace a chance by ending fighting by Monday at the latest. Many other European countries urged support.

Those maintaining a more skeptical note were Boris Johnson, Britain’s cartoon contribution for a foreign minister. The Pentagon had initially claimed it would take a wait and see approach before deciding to conduct a joint bombing command. That was make believe of course, as the president will make that call.

The test there will be a significant reduction in hostilities for a week, required before that joint Russian-US command would be set up. That had me worried right away, as the Pentagon and others have proxies that can not only stage attacks, but fake attacks on themselves to claim Damascus broke the truce.

That kind of a con is mere child’s play now in Syria, with all the experienced killers running around. Just today we got word that the last doctor in western Aleppo was killed by indiscriminate opposition Katyusha rocket fire.

The next two big worries were Damascus and Turkey. Syria had been quiet about the drawn out talks between Kerry and Lavrov.

In fact, most all the participants had been low key, a hint that they were being briefed behind the scenes to give them a stake in the game for getting them on board supporting the ceasefire, with the understanding that no one would speak up to preempt the process, and this surprisingly seems to have held well.

I sensed a shift in the thinking to take the fighting into the political negotiations, as fatigue may be settling on enough of the participants to want to bring it to an end, or at least a lower scale conflict than it has been.

The Syrians confirmed they are fully on board and that the Russians had kept them informed of the developments. “The entire agreement was reached with the knowledge of the Syrian government,” SANA reported.

Turkey also came out saying it welcomed the developments and would work to “ensure the implementation” of the truce. It also pledged to support humanitarian aid going into Aleppo. This will be tricky due to its past record of using aid convoys to supply its jihadi proxies, and with its own Turkish forces masquerading as such.

The UN has insisted that their convoys not be stopped at any Syrian checkpoints, even for spot searches. You can bet that Turkey will want the same treatment.

Erdogan will enjoy having a week of no or lower combat, to solidify the areas he has taken inside Syria. He will love going into peace talks with his buffer zone already established. And the plan of continuing the fighting against the terrorists he will also like, as he will continue clearing the Kurdish forces out along his border areas.

While the delay in reaching an agreement was frustrating, it might have played a key role not covered, as far as I can find in the mainstream news. As the talks dragged on, the Jihadis launched their big counterattack on Aleppo, which failed after its initial success. The jihadis had to mass their forces for that assault, which exposed them to the superior firepower of the Syrian coalition artillery and airpower.

The SAA has been counterattacking the Southern Aleppo areas that had been taken, and they succeeded the day before this new agreement in clearing the southern highway into the western Aleppo government-held areas, making it safe for civilian travel and aid convoys. This will be a huge logistical coup in the coming months for getting supplies in and people out.

Iran made a major indirect contribution, via the use of its Hamadan air base to host the long range Russian bombers for a few days of heaving bombing of jihadi positions all over northern Syria. They used a tactic borrowed from the Israelis, using multiple crews per plane.

While one crew is on a mission, another is preparing for the next one based on updated intelligence. When the bomber returns, it can be bombed up and refueled, and then fresh crew can proceed on the new mission. This gives more pilots and crews combat experience, a force multiplier in these lower intensity conflicts.

News came this week of preparations underway to return the Hamadan airbase to full mission readiness, which just happens to coincide with the one-week delay for the ceasefire to settle in and the bombing of the officially targeted jihadis to begin.

The size of the force claimed to be coming in seems to be signaling that, while the approved political attendees are engaged in their hoped for discussions, the terrorists and their supply lines are going to be bombed heavily.

There are only a few months before winter is knocking at the door, and I suspect that one anti-terrorism coalition has decided it wants to use that time to drive the jihadis out of as much territory as possible. That time is needed to do pre-winter relief work so people don’t have to live like scavenging animals through those harsh months. Let the jihadis enjoy doing that for a change.

I also have a strong suspicion that when the bombing campaign is done in Syria, the Russian Airforce will get an invitation from Iraq to help them the same way. One anti-terrorism coalition might want to demonstrate that large proxy jihadi groups will never be allowed to establish themselves on territory like they did in Syria and Iraq with the help of their Western and Gulf State backers. And that could be a wonderful Christmas and New Year’s gift to us all.