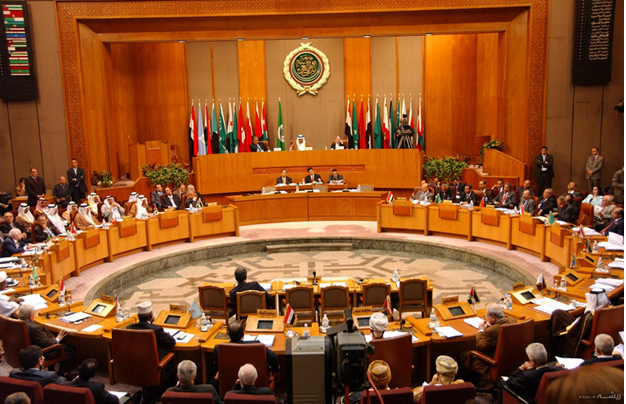 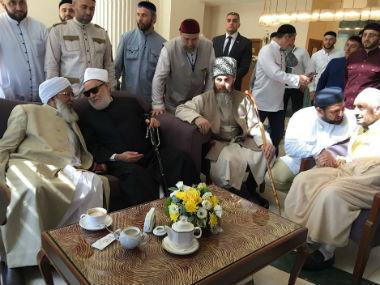 Local emphasized in the last four days, to denounce and discredit the purposes and objectives of the conference held by some scientists, schools and doctrines of Islam in the Chechen capital, Grozny, in particular because it excluded the weft Saudi religious discourse and institutions of the call, and then ended up in the recommendations of the bomb did not recognizes only to “some Hanbali” as a component of  the Sunni Community.

I will write a happy hello Manvia because the statement of senior scientists esteemed body yesterday, previous eye, has called “the thinker and intellectual,” For the first time, to line up next to “the world” for discussion and deliberation in this specific case, and for this I will say out loud that this exception to the call of Saudi religious discourse He must face internal criticism and scientific courage so as not to find ourselves on the side lines in the heart of the arena in which we used to have the leadership and entrepreneurship. Throw the charges against Russia or even Brazil or withdrawn on the people “passions” and Streptococcus deviations will not take us into something landmarks.

The road, perhaps even to the contrary, those Excluded us from the invitation to this conference because the local discourse is steeped in the classification and exclusion and narcissistic over me does not see the blackness of the Sunnis broadband only occupants of that narrow belt confined to a square a few kilometers away and everything else is not only contrary to the owner of Hui dubious belief and approach.

Here Sotsael: Do will rise even if “turnoff” of rational discourse lawsuit from the rubble of rejection and condemnation and doubts in this conference so that leads us consequently to talk positively building centered on this question: Why Excluded us, Why did not he call directed to us? In answering this question I will put here permit space. First: Are we already in a serious evaluation of the backlash against our discourse to the extent that we made in the tail of Acceptance and welcoming and populism in Chechnya, Bosnia and Afghanistan, Abkhazia and scale, but even within the Sunni Ocean Khalis in Iraq and Syria, further to the enormous literature that threw the consequences of all that has happened and is happening in the Muslim communities at the local Salafist discourse? Are we are to succeed in eradicating militancy and extremism wings that tarnished darkness by whiteness of what we think in “Grease” Salafist discourse, and whether will recognize, even in front of ourselves, that such evidence of this puritanical discourse has reached even to the division of internal our society pure, and yours from the example that you hear Had just the nearest Friday sermon or attend a seminar one member of the emperors of followers and millions of people. Secondly, I will take you to the essay friend, Ziad Drees in the associate’s life, and the explicit and clear signal that the selection and exclusion and “Altbaad” which his croak on this latest conference did not start from “Grozny”, but years ago when one of our universities hosted a conference on ” Salafi “, and then bestowed upon” global “Single despite that, and to date, has not brought speakers from dozens of teams and Islamic doctrines in order to hear from him a different opinion, and history also repeated this approach other local universities, and still leaves recommendations

Exist and where the holes with circuits contribute to narrowing the Ahlu Sunna group, which its croak today on “Grozny” conference. Distribution charges may heal some of the hatred because ignore our invitation, but he would not explain to us the essence of reasons. Theory says: rejection blind enemy foresight…

The Council of Arab Foreign Ministers showed its reaction to speech of Supreme Leader Ayatollah “Khamenei” by condemning the acts of Al-Saud and the poor organization of the Hajj management in Saudi Arabia.

The Council condemned the speech, Mr. Ali Khamenei claiming that his untrue tribes have services provided by the Saudi government under the leadership of King Salman bin Abdul Aziz Al Saud to Islam and Muslims, and for pilgrims throughout history.

The Council stressed that the Saudi government is the only competent to organize things for Hajj and serve the pilgrims without any external interference.

The rejection of the Council of Arab League at the level of foreign ministers in absolute terms the use of the ordinances of Islam to stir up sectarian strife to achieve, especially in the Hajj season of political goals.

And it has some officials from some Arab countries, who are under the command of their masters Arabia, to show their reaction in front of the word commander of the Islamic Revolution.