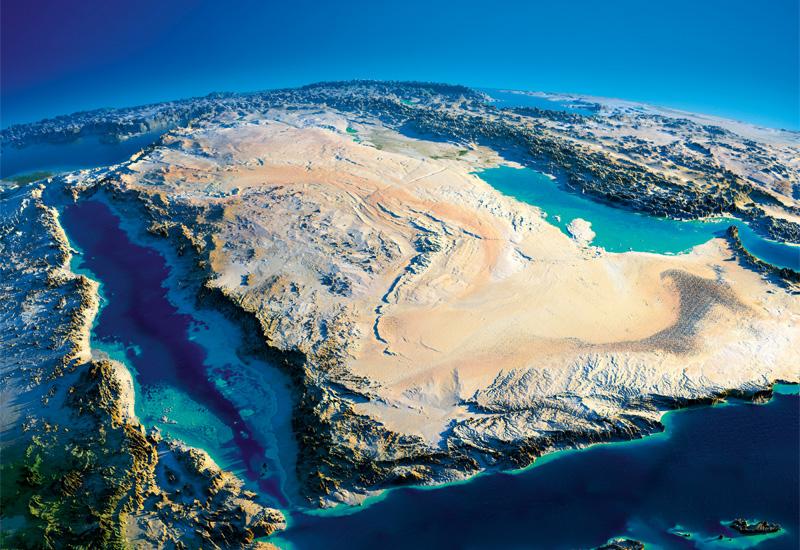 [ Editor’s Note: The Saudis are scrambling to sail their ship of state through stormy waters. They have come a long way since their thinking they had Iran on the mats, by keeping its oil off the market to run prices higher, and maybe watching Israel or the US bomb its facilities.

That did not happen. The Iran nuclear weapons hoax was exposed, while the Saudis are trapped in the brier patch of Yemen, tar baby and all. All the foreign workers getting stiffed on their pay has really exposed the soft underbelly.

When slave labor is getting thrown under the bus, the Royals have sealed their own fate for when the hammer falls. It will simply be their turn. Can anyone imagine Britain with 10,000 princes, the public hostility?

I still can’t figure out all the overkill on the arms purchases. The Saudi military is a paper tiger. Pilots literally hire stand ins to take training classes. Man for man, the Yemenis have shown they can outfight them, and they have a better cause.

Viktor has a good academic review for us below, which we have enjoyed having from NEO to mix with some of our more free-wheeling Western commentary at VT… Jim W. Dean ]

The situation in the East has become quite an enigma. At the very least, let us consider the latest statement made by the Minister of Energy of Saudi Arabia, Khalid A. Al-Falih.

In it, he, without batting an eyelid, bluntly announced that allegedly, Saudi Arabia would not increase its production up to the maximum output, and flood the oil market.

By the way, for the summer of 2016, oil outputs increased by 2.7% to 20.55 million of barrels per day, while domestic consumption increased due to the installation of 2 new oil refinery facilities in Jubail and Yanbu that raised oil demand to 800 thousand barrels per day.

That is to say, oil output levels reached a peak, and it seems unlikely that Riyadh will be able to further increase it significantly. Nevertheless, the already old propaganda campaign continues, and the Saudis are doing all they can to not only retain their stake on the oil market, but also actually increase their share. That is why they will continue to strive for maximum outputs of the ‘black gold.’.

Indeed, oil is worth quite a lot of money, one thing which is sorely lacking and needed in order to carter for all the country’s day-to-day rising expenses. Oil prices are also more likely to fall, instead of rising again to the 150 US Dollars per barrel level.

As the oil prices on the free market are falling, the country’s gold and forex reserves are also melting. If in 2014, gold and forex reserves exceeded $730 bn, then presently, they amount to $555 bn. Even though there is still a constant money supply, the authorities are already talking about implementing some reforms, beginning with the vague discussions on certain changes to the economy that will come up after the reduction of the country’s dependence on oil.

Simultaneously, some steps are being taken to reduce budget expenditures. However, this step by step policy that tends to disrupt the Saudis’ stable world and lifestyle has existed for the last 70 years. Political experts think that the counterweight to all this will be a real expansion in oil production, which Saudi Arabia will without doubt be controlling.

For example, there has already been alarming news from Saudi Arabia suggesting that in the first quarter of this year, the economy grew by only 1.5% as compared to the previous year. This became the lowest growth rate since 2013.

It is clear that if the oil sector expanded by 5.1%, the other sectors would have decreased by 0.7%. Economists consider these rates to be the weakest in the last five years.

For example, in July, the production volume in the construction sector decreased by 1.9% as compared to the same period last year, and this trend continues to rise.

Constant fluctuations on the oil market and the outflow of foreign money from the country have also had a negative impact on the financial results. Analysts expect all these factors to lead to the first decline in nearly eight years in the Saudi economy.

The Saudi government was forced to announce plans to sell Saudi Aramco shares. It is well known that for decades, this world’s largest oil company has been the country’s basis for stability and wealth. The Initial Public Offering (IPO) of its shares, selling them will inevitably cause a stir and talks about the fact that the authorities have betrayed Islam and want to hand over the nation’s wealth to Western countries.

Under the deteriorating economy, including a failing religious tourism sector, the rise of a new wave of protests that will trigger unknown political results is unavoidable.

According to the experts, another way for the authorities is to devaluate the national currency, and the Saudis are unlikely going to enjoy this. Meanwhile, Saudi Arabia plans to sell its first international bonds in late October.

This is expected to raise around $10 billion to plug the budget deficit. According to Bloomberg, JP Morgan Chase, HSBC and Citigroup banks  were hired as coordinators for this sale.

For the moment, the government expects to reduce the budget deficit from 16.3% GDP (the 2015 result) to 13.5% GDP. The reduction of expenditures and subsidies will continue, and may even increase in 2017. This will provoke the society into a more active market behaviour, via depriving it of easy money.

For example, there was a sharp decline of vacancies in the public sector, which were occupied only by the Saudis. Plans to build a number of roads in remote areas were reviewed; construction rates for free accommodation for Saudis, starting with the young people who are married in view of free council flats and houses, have decreased.

It even came to the point when thousands of foreign workers became hostages of the financial crisis due to falling oil prices. Migrants worked on construction sites and for months not receive their salaries and not have money for the way back home. There is lack of water and food products in the construction camps. Riyadh is ready to pay migrants for their way home.

All these problems did not arise on the spot, but were accumulating under the very unprofessional leadership of the country, which comprises of the King personally and the ruling Saud family. At first, having accumulated huge amounts of petro-dollars, the Saudi decided that they have a right to interfere into the affairs of other countries and instruct other nations how they should live and which state system they should have.

Within this framework, Riyadh’s unprovoked rude interference into the internal affairs of the Syrian Republic is very notable. The Saudis decided to alter the secular regime and President Bashar al-Assad personally, and put their henchman, fully focused on the Riyadh and preaching the ideas of Wahhabism.

It is not by chance that the Microsoft search engine translated the name of an extremist organization from ‘Islamic State’ in Arabic into ‘Saudi Arabia’ in English.

When it did not work out the first time, the Saudis turned to the outbreak of the Civil war in Syria, initially having created the terrorist groups, then abundantly providing them with modern American weapons. All these required huge amounts of money that were easily sent, when the oil prices were high. But after that, the money was already taken from the State budget directly.

The first step is the one that counts. Then Saudi Arabia blatantly interfered with the Civil War in the neighbouring, according to Saudis themselves, ‘fraternal Yemen’. In the spring of 2015, Saudi Arabia led a broad coalition which was supposed not just to ‘force’ the Yemeni to peace, but also restore the power to the ‘legally elected’ president, Abd Rabbuh Mansur Hadi, and most importantly, stop ‘Iranian expansion’.

And right from the beginning, Riyadh stated that the so-called Houthi movement was fully supported by and received its direct instructions from Tehran, an ardent enemy of Saudi Arabia.

The essence of the strategy was that, by engaging in a ‘short, victorious war’ to attain a new geopolitical status as a regional power, the country would then be able to lead a broad coalition of allies and take responsibility for the stability of the region.

Deputy Crown Prince, young Defence Minister, Mohammad bin Salman Al Saud, who is also the King’s son, was the mover of the strategy. Many Saudis believe that he will immediately assume power after the death of his father, pushing the current Crown Prince Muhammad bin Nayef bin Abdulaziz Al Saud off the throne.

However, it has become clear that the Defence Minister’s strategy has hit a brick wall. This is demonstrated by the fact that none of the goals has been achieved. In addition, the Saudi coalition is falling apart, and even its closest ally, the UAE, has deserted it.

Washington has also refused to help the Saudis, advising them to include ‘pro-Iranian’ Houthis into the new Yemeni government, thus isolating them away from Tehran’s grip. However, Riyadh views this as a complete defeat, and all the more so for the Defence Minister, whose chances for the throne have deteriorated.

Despite Saudi Arabia’s difficult current economic realities, its leadership has decided to carry out diversification programs and profound structural reforms. The experience of the neighbouring United Arab Emirates, which has been gradually shifting from state capitalism, is taken as the basis. Riyadh will certainly face many problems. However, there is no arguing the correctness of this decision, and the anticipated eventual success should influence other countries with similar economic models.

One of the solutions to the economic problems is the development of mutually beneficial relations with other countries, including Russia. In turn, Moscow attaches great importance to expanding a multi-faceted cooperation with Saudi Arabia. Russian President, Vladimir Putin, stated this during a meeting with Muhammad bin Salman on the sidelines of the G20 Summit in the Hangzhou (China).

The development of dialogue is extremely important because Russia and Saudi Arabia are the two largest oil producers in the world. This is why Russia is interested in maintaining the ongoing dialogue between the two countries.