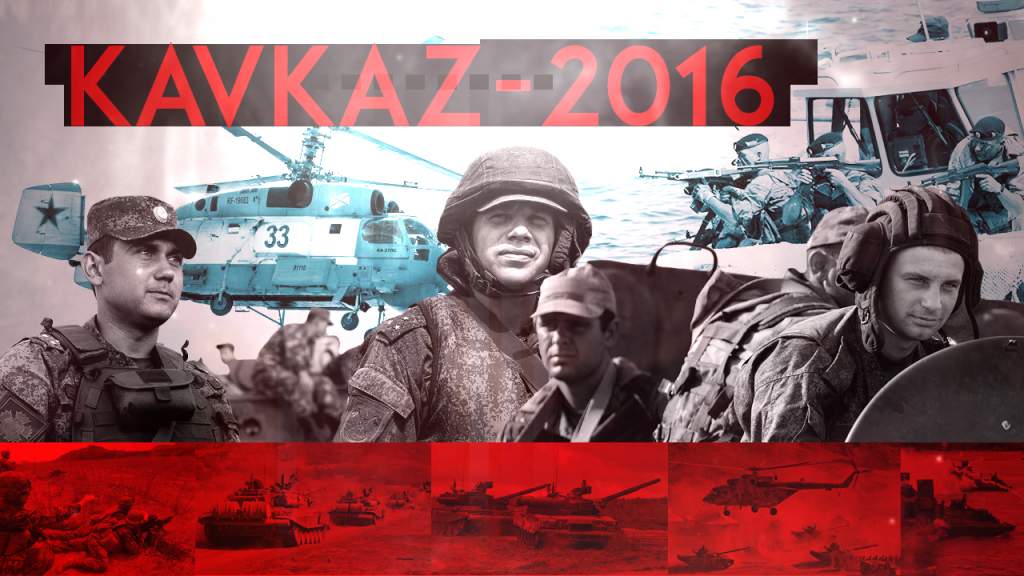 One crucial difference setting aside Russia and its historical and potential military adversaries is the territorial size and, as the saying goes, size matters. The territorial extent of the Russian state, the fact of it frequently being ringed by states pursuing hostile policies, has evolved a certain unique brand of strategic thinking which is often misidentified or even dismissed in the West as “siege mentality.” The sheer length of the borders which cannot be covered by fortified lines or high-density troop concentrations naturally forces Russian military thinkers to embrace both fluidity in their planning and craft battle plans on a scale that is alien even to NATO, whose leaders tend to think in strictly regional terms, without considering the larger relationship.

The Kavkaz [Caucasus]-2016 command and staff exercise is a reflection of the emphasis on a unified strategy covering the totality of military threats facing Russia. While the exercise’s name implies a southern focus, in actuality it involved units in Southern, Central, and Western military districts, with even some Northern Fleet units being involved, in addition to the ships of the Caspian Sea Flotilla. The exercise’s geography suggests the exercise was conceived with NATO as the potential adversary, though with the threat’s “center of gravity” residing rather closer to the Black Sea than the Baltic.

The nature of operations rehearsed during the exercise similarly suggests a high-end military threat, rather than counter-insurgency operations. The exercise included maneuvers by motorized rifle brigades, opposed river crossings, a naval infantry amphibious assault on the shores of Crimea, a parachute regiment airdrop behind enemy lines, air superiority and tactical air support missions by frontal aviation fighter units, establishing a ground-based air defense missile umbrella over friendly forces, Kalibr cruise missile and Iskander ballistic missile launches, but without the participation of the strategic nuclear component. The exercise also appeared to put an emphasis on rapid long-distance redeployments, both by land and air units. Moreover, for the first time in decades, the exercise included a trial mobilization of the still-experimental territorial defense units which are currently being formed as part of the revitalization of Russia’s military reserve components.

The predictable accusation by NATO was that the exercise was just another Russian exercise in saber-rattling, which suggests that its purpose either eluded the alliance’s decisionmakers or they chose not to share their real insights with the public. The scale of the exercise, in terms of the number of personnel engaged in operations, was relatively modest when compared to other exercises in the past few years, at only 12,500 troops. President Vladimir Putin did not visit any of the part of the exercise, either. Kavkaz-2016 is also not related to any developments concerning Syria or the Russia-Turkey relationship, as its dates and general outline were announced nearly a year ago. The range of operations being practiced suggests that, unlike some of the similar exercises held during preceding years, the exercise did not appear to revolve around a specific political scenario, and it did not include a rehearsal of the nuclear escalation ladder, with nearly no nuclear delivery systems participating in the exercise.

Instead, Kavkaz-2016 was intended to serve as a comprehensive test of Russia’s troop command and control systems at all levels and for all branches of forces, in order to evaluate both the progress and shortcomings in its ability to wage combat operations with land, air, and naval components seamlessly integrated into the overall concept of operation. While the Russian-Syrian joint operations in Syria, which likewise integrate all three services, have provided invaluable experience in the conduct of joint operations, the specificity of the situation in Syria means that it is not a comprehensive test of Russia’s current military doctrine. The emphasis on command and control systems also explains the relatively low number of troops and weapons systems used in the exercise, sufficient to test the command systems and to model operations by far larger formations. Kavkaz-2016 was also the first large-scale operational test of the Sozvezdiye [Constellation] tactical unit command and control system, which in this instance was put through its paces by the 2nd Guards Motorized Rifle Division of the 1st Guards Tank Army.

While it will no doubt be some time before the lessons of Kavkaz-2016 are digested and disseminated, the exercise promises to have a far-reaching impact on the organization, equipment, and doctrine of the Russian Armed Forces.