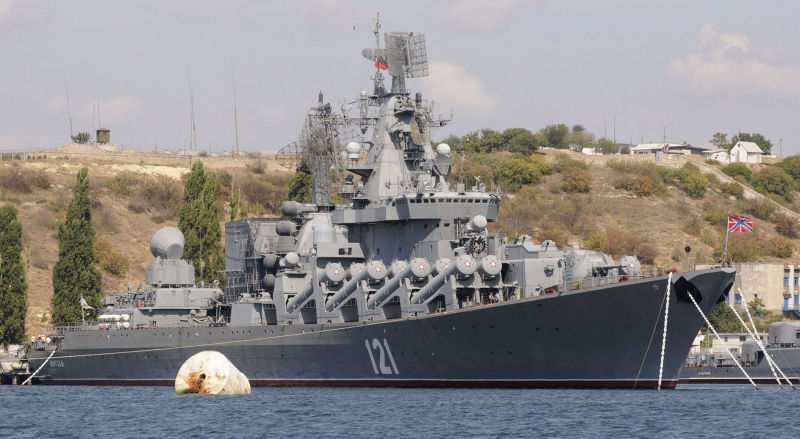 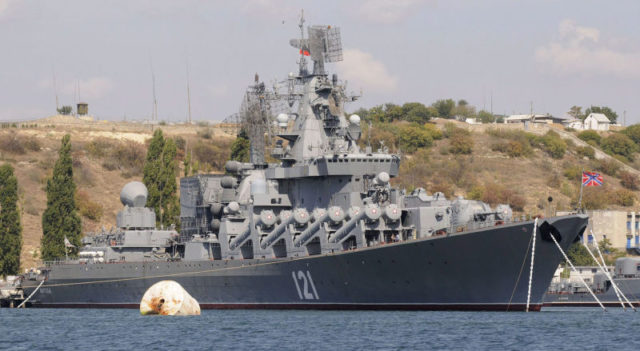 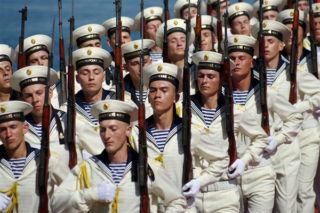 [ Editor’s Note: NATO’s ploy to think that a NEO-Nazi coup in Kiev was going to have the key Russian naval base in Crimea fall into its hands like a ripe apple was ill-founded, notwithstanding that Moscow had prepaid the Sevastopol base rental fees for a decade in advance to help out Kiev’s cash flow.

Despite the Western puppet government installed in Kiev, the large majority of ethnic Russians in Crimea were not about to have the boot of Ukrainian nationalists on their necks.

They did what any reasonable people would, telling Kiev with their secession vote where it could stick its boot. And so would the US, if it had been in a similar situation with Americans being threatened.

The major boomerang from all of this is the huge focus now on Russia’s building up its defense capacities, despite the hardships of the sanctions. And with Obama’s ill thought out Asian Pivot, the Chinese are in the same mode now, particularly on making and deploying technical advances to counter US numerical naval advantage.

Was triggering a new arms race to fill the coffers of the military industrial complex a major motivating factor in the strategy, when there was no realistic military threat from either Russia or China? Many geopolitical analysts think so, including those in the Intel field… Jim W. Dean ] 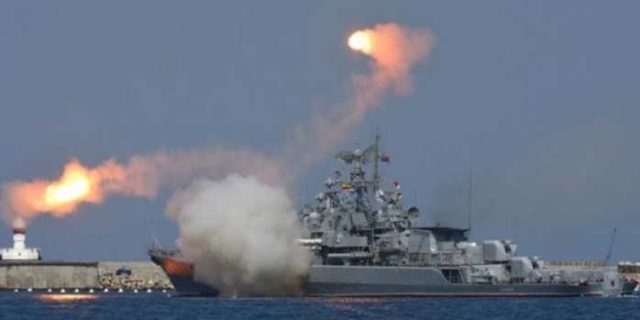 The Russian Black Sea Fleet is fully capable of defending the country’s borders thanks to reconnaissance and modern weapons, the General Staff’s head said.

The Russian Black Sea Fleet is capable of engaging a potential enemy while advancing from its bases, the Russian Defense Ministry’s head of General Staff, Gen. Valery Gerasimov, said Wednesday.

“The Black Sea Fleet now has everything needed to do so: intelligence tools that detect targets at ranges up to 500 kilometers [310 miles] and weapons. The Bastion coastal missile complex alone extends 350 kilometers [217 miles] up to and including the Bosphorous,” Gerasimov told reporters.

He added that the fleet’s submarines armed with Kalibr cruise missiles, naval aviation, as well as strategic and tactical aircraft would prevent a potential enemy’s landing troops “from reaching the Black Sea coast of Crimea wherever it comes from.”

“The Black Sea Fleet should be able to – and it has demonstrated its ability to – independently engage a landing force while advancing, starting from the loading ports,” Gerasimov stressed.

The Russian Defense Ministry said in a statement that the Kalibr-class cruise missiles launched from the Caspian Sea during Russia’s most recent display of strength all had accurately struck their designated land and sea practice targets.

In the first stage of the drills, a missile fired from the Grad Sviyazhsk corvette with the use of Kalibr precision system flew about 100 nautical miles and successfully hit the onshore target — an artificial enemy command post.

In the second stage of the exercises, a Kalibr missile launched from the Uglich small-size missile vessel struck a sea target located at a distance of over 70 nautical miles, the Defense ministry’s press service reported.

Kalibr-class cruise missiles, the game-changing development by the Russian defense industry, can travel 50 to 150 meters above the ground and hit sea targets up to 350 kilometers away and ground targets more than 2,500 kilometers away.

Their maximum deviation from the designated target is only three meters. Here is the chilling footage showing the missiles streak away into the air, leaving behind volumes of smoke.