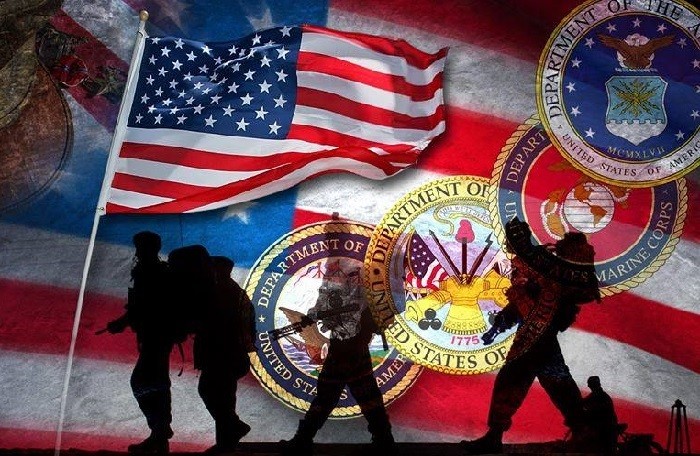 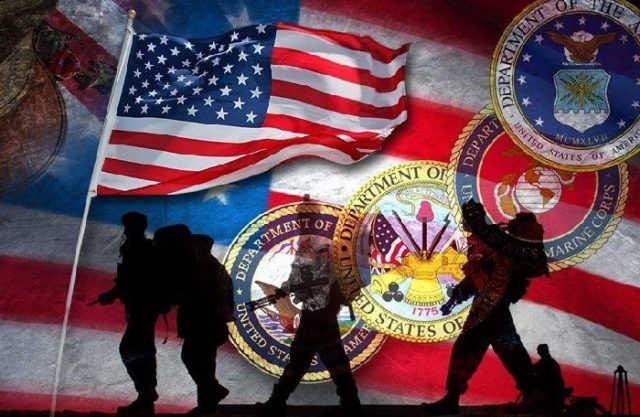 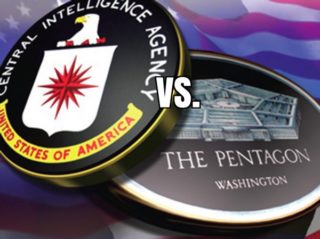 [ Editor’s Note: With the Syrian-Russian-Iran anti-terrorism coalition having stopped the planned take down of Syria, the US coalition, which has both supported terrorists and fought them, can become even more dangerous.

When you add in the failed coup in Turkey, it gets even worse. After a steady stream of regime-change disasters, Americans have kind of figured out whom the real threat is.

All the public attempts to demonize Russia as an impending threat is believed by no one with a lick of sense. Even the world cab drivers know the US is creating chaos to take advantage of it. We see this even now with the US groups in Syria that are violating the ceasefire. More evidence is being gathered this time, so that it cannot be pretended away by blaming it on Damascus barrel bombing.

I am not surprised to hear of a US Intel offense being rolled out, as the regular suspects have given their hand away. The hacking of Hillary’s emails by the Russians story was a classic, with the endless stream of China or Russian hacking of the US, depending on whose turn it is for the week. But we never hear about Western and US hacking of both of them, as if we would never do such a thing.

I don’t have to poll VT readers to find out whom everybody thinks the biggest hacker on the planet is, which means that everybody else is playing catch up. We also remember who it was that hacked the Iranian nuclear plant with the Stuxnet virus, which claimed not only a lot of worldwide victims, but could have caused a major nuclear contamination disaster for a country we now know did not have a nuclear weapons programs.

I am perplexed with such a move going on when we are about to change presidents. Is a faction of our security sector trying to preempt the next president? Will the new leadership want to be following orders of those leaving with Obama? I hardly think so… Jim W. Dean ] 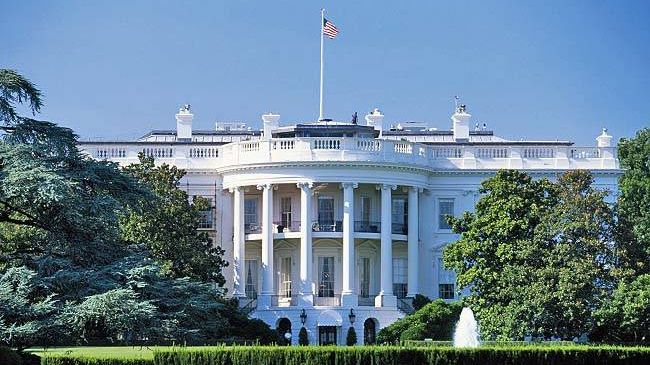 On Wednesday, US media reported that America’s intelligence agencies have expanded the scope and breadth of their operations against Russia to Cold War levels. Commenting on the news, Russian experts have said this is the clearest indication yet that Washington has shifted Russia’s status from a ‘geopolitical rival’ into an outright ‘enemy’. 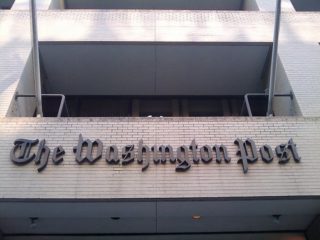 Sources cited by the Washington Post confirmed that US intelligence agencies are in the process of expanding their operations against Russia to the largest levels since the Cold War.

The “mobilization,” involving the CIA, the NSA, and other intelligence services and assets, is seeing a shift of resources committed to terrorist threats and US war zones back to Russia.

According to the paper’s sources, while terror remains a major concern for US intelligence, Russia, for the first time since the collapse of the Soviet Union, has again become a top priority in the eyes of the White House and the Office of the Director of National Intelligence.

US intelligence agencies are now spending roughly 10% of its total $67.9 billion budget on Russia, that figure jumping substantially in the last two years, but still less than the 40% committed to watching the USSR and its allies at the height of the Cold War. Admittedly, the threat posed by radical Islamist terror was also lower at the time.

According to US analysts speaking to WP, even the present spending amounts are still not enough, since “US spy agencies have struggled to anticipate Moscow’s moves.” Asked to comment on the story, Sergei Ermakov, a senior expert at the Russian Institute for Strategic Studies, suggested that the surging focus on Moscow is yet another indication that Washington is “reviewing Russia’s status, and now regards us not just as a geopolitical rival, but an outright enemy.”

“It’s for this reason that the US is increasing military spending in those regions where a clash with Russia might occur,” the expert said, speaking to the Svobodnaya Pressa news website. “The same goes for all kinds of American intelligence operations. And it’s necessary to understand that a significant portion of the financing for such operations, especially in the information sphere, goes through channels not directly connected to the financing of the intelligence community.”

In other words, Ermakov emphasized, “when the Washington Post says that US intelligence agencies are spending upwards of 10% of their total budget for work against Russia, that is not really the case. Overall, the amounts spent…are much greater.”

What’s at stake, the analyst suggested, is “not only a question of deterring Russia; Washington is looking much further. In effect, they are preparing for a direct armed confrontation, even though a military conflict may not be the end in itself.”

“The calculation is simple: if, as during the Cold War, the policy of containment and pressure on Russia bears fruit without an armed intervention, that will be a victory for the US….This is the scenario Washington would be most happy with, since they are not ready for a serious armed confrontation.” Accordingly, Ermakov warned, in the spheres of intelligence and subversion, Washington has not only preserved its resources, but expanded them.

“The US has a good network of sleeper agents on Russian territory; typically, such agents are used in the pre-war period to carry out political and military tasks.” “Apart from that, the US has made a great deal of progress in recent years when it comes to informational and psychological subversion, using international structures. It is in this that the power of US intelligence currently lies.”

These resources, used in coordination, have helped the US to reach its strategic goals, the analyst emphasized. This includes know-how in so-called color revolutions.

As to the intensification of US intelligence activities against Russia, Ermakov believes that it signals that the deterioration of Russian-US relations have passed a “point of no return. [It] means that restoring relations with the US to normal – to the level of five years ago, will no longer occur. Instead, a tough exchange of some sort is brewing between the two countries, although it’s difficult to say at this point what form it will take.”

But that doesn’t mean that there isn’t a struggle going on among the US political establishment regarding what course the next president will have toward Russia, the analyst added. Asked how Russia might respond to the growing US threat, Ermakov suggested that it’s necessary, first and foremost, for some elements of the Russian political elite, particularly its liberal wing, to break with the illusion that Russia has “done something wrong,” and that “if we agree to a compromise with the US now, everything will calm down and return to normal.”

“This is impossible. Moscow and Washington face a chasm in their positions, as a result of which the two sides have presented each other with a whole list of charges; Western countries have shifted to a serious stance against Russia in all directions, a process which has gained its own momentum.”

For example, the analyst noted, “perhaps someone thinks that the anti-Russian doping scandals in the Rio Olympics and Paralympics, or the accusations against Russia for hacking attacks, are just an unfortunate coincidence. This is a profound mistake. These events are links in one chain. They are designed to legitimize a global image of Russia as an enemy whose aggression must be repelled…”

Accordingly, Ermakov argued, the Russian response must be constitute “work in all directions, not just in strengthening our military.” For instance, he noted, Russia needs  to do everything it can to remind Europe that a war with Russia, even a localized one, would be absolutely catastrophic for the continent.

“We must try to convince the Europeans that it’s not too late to switch to normal negotiations – to create the conditions for new bilateral agreements – a ‘Yalta-2’ if you will. And for that we must act more decisively – to increase diplomatic efforts, to seek out new forms of psychological-informational work. Plus, of course, we must demonstrate the growing military potential of our country.”

Mikhail Alexandrov, a senior researcher at the Moscow State Institute of International Relations, disagreed with his colleague on the extent of the threat posed by US intelligence at the moment. The US intelligence buildup is only logical, the analyst suggested, and has to do with the fact that Washington has lost a professional understanding of the country’s polity since the collapse of the Soviet Union.

In the 1990s, the expert recalled, US officials believed that the Yeltsin government’s policies would lead the country to its natural death. Washington allowed Sovietology to become defunct, with its experts failing to “actively engage in the study of the Russian Federation,” leading them to fall behind the times, “to stick to old stereotypes, and thus to fail to understand Moscow’s current logic.”

“In these circumstances,” Alexandrov noted, “the escalation of US intelligence activity can only offer a partial result. The US will have more facts on Russia, but they will not be able to interpret and analyze them. Preparing competent analysts on Russia is possible, but it can’t happen quickly.”

The main question, according to Alexandrov, is whether the US will have enough time left to train these specialists, and to use them, before America effectively loses its campaign for global hegemony. In this situation, Russia’s response is simple, according to the analyst. Russia’s counterintelligence services must counter US attempts to obtain sensitive information, and keep an eye on would-be US agents seeking to destabilize the country.

Most importantly, Alexandrov noted, Russia must understand “that US intelligence services do not only collect information, but also carry out operations, including political operations, to undermine statehood. Factually, US intelligence is a tool of hybrid warfare; that cannot ever be discounted.”