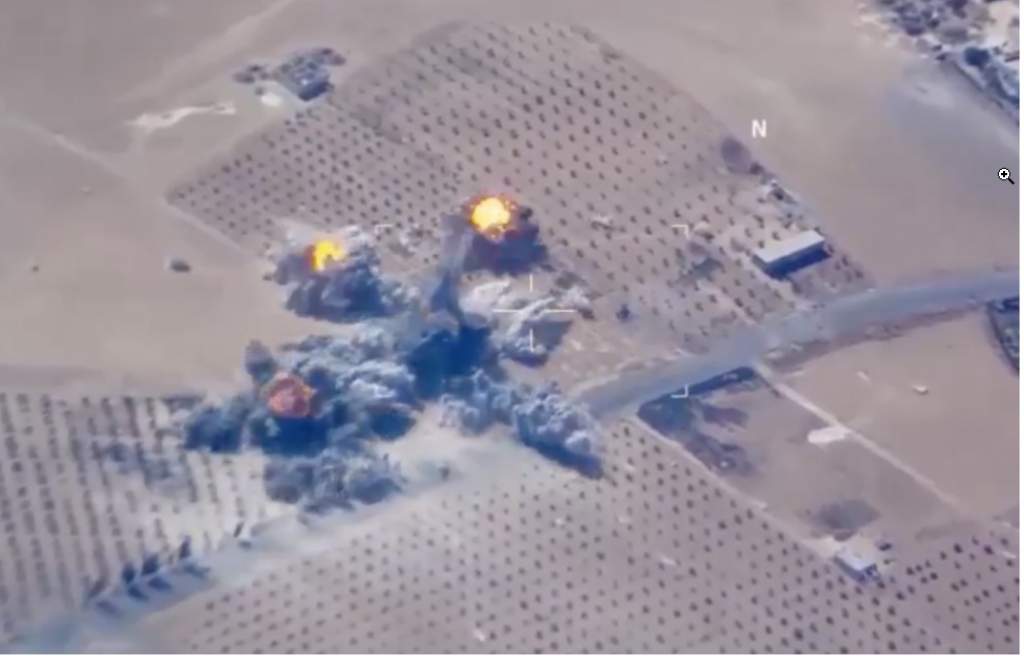 An image from a video showing the U.S.-led coalition’s airstrike on a location 10 miles north of Manbij, Syria, near where civilians mistaken for Islamic State fighters were killed in a similar strike this week.
__________

The airstrikes at dawn on Tuesday pulverized entire families, including young children — families that were fleeing Islamic State militants but were instead mistaken for being those very fighters. Depending on whom you ask, the number of bodies found in the rubble is 56, 85, 160 or 212. Pictures of the mangled bodies, covered in dust, are a testament to the carnage.

If Tuesday’s airstrikes were indeed by coalition jets, and not Russian or Syrian government warplanes, this would easily be the highest civilian toll from any action by the coalition since it formed in 2014.

Faced with the likelihood of a grave error by the coalition, U.S. officials responded cautiously, emphasizing the need to verify what had happened.