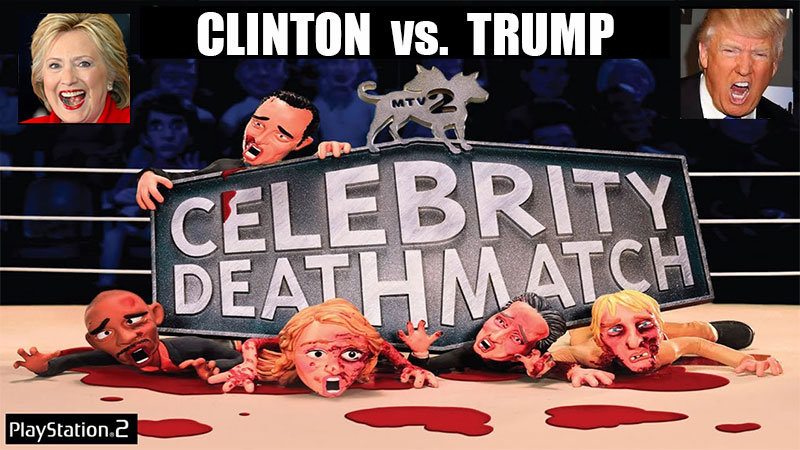 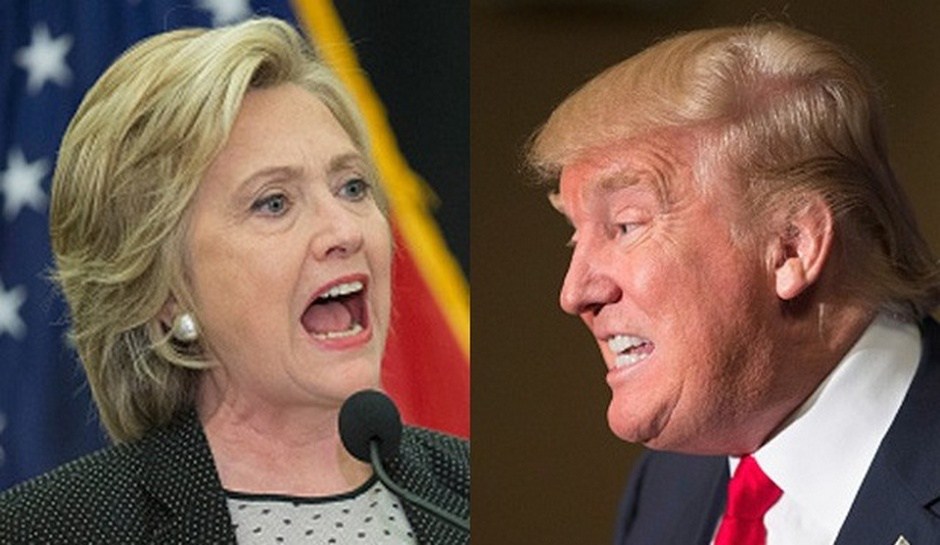 In just 7 days, the U.S. Democrat and Republican parties will be presenting audiences in the U.S. and around the world the first of a three episode reality based show called the U.S. Presidential Debates. But will it actually be a presidential debate or just an over produced Celebrity Death Match in prime time to see which predetermined champion will survive and get to claim the title of U.S. President?

First let’s understand how these TV shows are constructed.

As you probably know already the candidates from other parties will NOT be participating. Yes that’s right! Dr. Jill Stein (Green Party) and Gary Johnson (Libertarian Party) are NOT invited. The Commission on Presidential Debates, a private corporation created by the Democrat and Republican Parties in a joint venture, claims they do NOT meet the threshold for participation. Gee who did NOT see that coming? LOL!

Broadcast to tens of millions of Americans and now around the world, the presidential debates are the Super Bowl of politics. A good performance before the cameras can vault a contender to the front of the pack, while a gaffe spells national embarrassment and can savage a candidacy. It’s a Jerry Springer-esque show complete with studio audience, networks who run real-time opinion meters, and pundits who, just in case you could NOT figure out the script are more than happy to tell you who won and lost.

In 1988, the League of Women Voters withdrew its sponsorship of the presidential debates after the George H.W. Bush and Michael Dukakis campaigns secretly agreed to a “memorandum of understanding” that would decide which candidates could participate in the debates, which individuals would be panelists (and therefore able to ask questions), and the height of the podiums. The League rejected the demands and released a statement saying that they were withdrawing support for the debates because “the demands of the two campaign organizations would perpetrate a fraud on the American voter.”

At a 1987 press conference announcing the commission’s creation, Fahrenkopf said that the commission was not likely to include third-party candidates in debates, and Paul G. Kirk, Democratic national chairman, said he personally believed they should be excluded from the debates.

In 2000, the CPD established a rule that for a candidate to be included in the national debates he or she must garner at least 15% support across five national polls. This rule is considered controversial as Americans tune into the televised national debates and hear only the opinions of the two largest parties instead of the opinions of the multiple other U.S. parties, including three others considered “major” for being organized in a majority of the states and a couple dozen others considered “minor”.

In 2003, a 501(c)(3) called Open Debates was formed to advocate debates that included third parties and that allowed exchanges among the candidates. Criticism by Open Debates of CPD for the 2012 election include the secret contract between CPD and the Obama and Romney campaigns (a complaint joined by 17 other organizations including Judicial Watch) and CPD informing the candidates of the debate topics in advance.

In 2008, the Center for Public Integrity labeled the CPD a “secretive tax-exempt organization.” CPI analyzed the 2004 financials of the CPD, and found that 93 percent of the contributions to the non-profit CPD came from just six donors, the names of all of which were blacked out on the donor list provided to the CPI.

During the last week of September, 2012, three sponsors withdrew their sponsorship of the 2012 debates for not including third parties: BBH New York, YWCA USA and Philips Electronics.

Here listen to an 2012 interview with George Farah, author of NO DEBATE (2004), where he lays out the secrets and demonstrates how the fraud is perpetrated on the people closing the door on democracy and solidifying complete control.

So are you ready for the phony staged reality series that is U.S. Presidential Debates?
Will you host a tailgate party and invite friends over the for spectacle?

I mean, I don’t know about you but I have many questions;

I mean Vegas odds have Trump as the favorite to win because many people are saying that Trump is actually Vladimir Putin in an orange mask? I mean could be…. right? Have you ever seen them in the same room together? See! I mean do you think Trump Putin will stab Hillary live on stage yelling “Viva Mother Russia” as he mic drops?

Who knows? Stay tuned folks and enjoy the TV show.