Tuskin later discovered that Lalonde has a record civil rights abuses including a previous lawsuit. Tuskin secured an attorney to prosecute a case of false arrest but has not made a decision to follow through. Tuskin’s reluctance is based on fear that Alachua County Sheriff Sadie Darnell’s deputies will continue to harass him and his family.

Deputy Lalonde revealed his disdain for due process and civil rights when he justified Tuskin’s arrest with a deliberately, inflammatory remark:

“You guys are doing conspiracy theory stuff so you should expect this.”

Building-7 Challenge 2015 at University of Florida 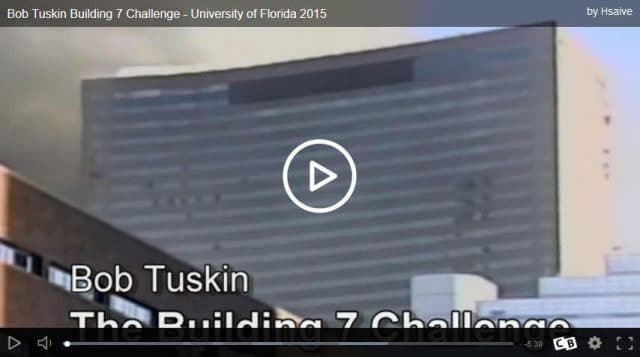 Building-7 Challenge 2015 at University of Florida

Unbelievably, Seriff Deputy Lalonde revealed his disdain and pure ignorance of the first amendment and civil rights when he censored Tuskin’s harmless free speech. A shameful day for first amendment on a college campus. 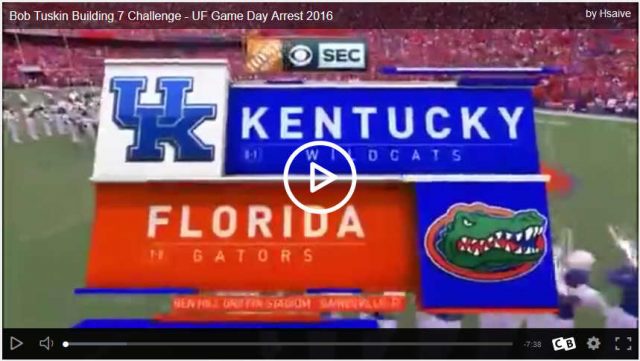 Building-7 Challenge 2016 at University of Florida

“I really appreciate this project and I think this is something that people need to get more behind as to what’s happening in our country and being more aware. And that’s part of the reason I joined the Hillary Clinton campaign”