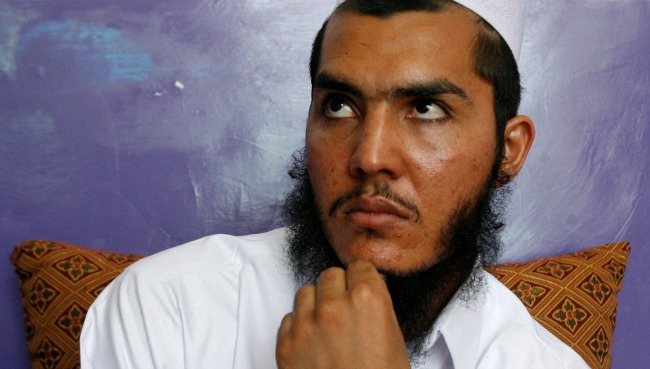 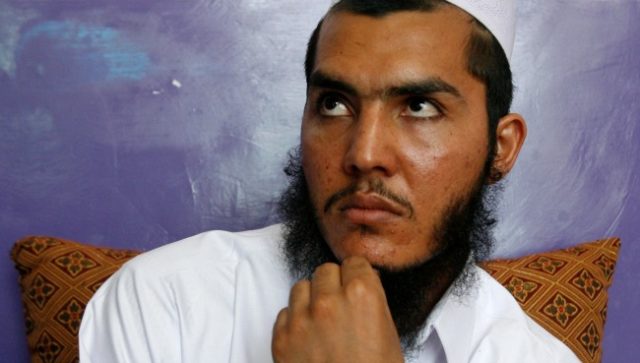 Mohammad Jawad, with his real name Sakhi Badshah little known to others, was born in Miramshah, Durand line, six months later shortly after his father Salman Shah was martyred. Mohammad Jawad lost his dad in 1991 while fighting together with forces loyal to former Jihadi commander Jalaluddin Haqqani against the USSR invading forces in Khost province, eastern Afghanistan. He also lost his grandfather almost at the same place two days before the demise of his father in Khost while resisting the Russian troops.

Mohammad Jawad comes from Paktiya province, east of the country. He is affiliated to Zadran tribe & is believed to be a close relative of Jalaluddin Haqqani. He is the only son of his late father & does not have any other brother.

Mohammad Jawad was still a teenager while returned to Kabul to seek employment there to feed his family, but he did not know that he would soon end up at Gitmo super-max prison near Cuba.

He threw a hand grenade at a moving US Humvee, injuring two Special Forces along with their Afghan interpreter. Mohammad Jawad attempted to flee, but he was apprehended by Afghan Police forces on the spot & was imprisoned at Afghan MoE detention center. The family of Mohammad Jawad claims that he was 12 years old while handcuffed & arrested by the Afghan Policemen. He was questioned & interrogated by 22 Afghan high ranking officials, among them were two ministers & two deputy ministers.

Mohammad Zaman Muzzamel quotes Taj Mohammad Wardak, the former interior minister as saying: Our team members all came together to interrogate Mohammad Jawad. There were so many hypothetical & arbitrary questions, but one of important question was raised by the one of the minsters, saying: Tell me Mohammad Jawad, why did you assault US forces? Mohammad Jawad replies: I wanted to gun them down. The minster gets upset & says: Mohammad Jawad, do you know me? Mohammad Jawad replies: Oh – yes! I know you very well & you hold that particular ministerial position & portfolio. You are the man, who detain Afghan girls & hand them over to Americans for intimacy & debauchery. The reason why I threw a hand grenade at US forces was to restore the dignity of your daughters & the rest of the Afghan girls. The US forces have to know & learn the fact that we have got brave & plucky youngsters, who will never let the Afghan reputation to smear. The Afghan minster was pissed off after hearing all that & exchanged nasty words with Mohammad Jawad. The minister said: Mohammad Jawad, you are a indeed a shameless boy, I will kill you, I will hand you over to US forces to imprison you at Gitmo, where you will undergo severe punishment & torture & will finally die there.

When I saw US Humvees & armored vehicles moving around in Kabul & I witnessed that those Americans were eying & seducing Afghan girls at the streets of Kabul, I could no longer tolerate such a scene & that is why I left Kabul city to get fortnight training & returned back to Kabul. I was looking for US troops here & there. Once I entered a pharmacy & saw a group of foreign invaders & found out that they were Germans. I decided not to attack them, for I intended to assault US forces. A few days later, I saw a bunch of US military personnel standing & loitering about. I tried to approach them, but sooner I found out that there were also so many Afghan civilians around & could not go ahead to attack them due to the possibility of high rate of casualties among the innocent Afghan folks.

I was able to succeed in my planning for the 3rd time. I saw a US armored vehicle with American troops inside. I threw a hand grenade at them, hitting them inside their tank (Jeep). Sooner, I heard US troops screaming & yelling. I ran away & had the chance to flee further away, but I actually wanted to hide among the local residents up there, but I was chased up during a sudden manhunt by the Afghan police forces. I thought that I was about to die soon, but I told myself why to harm those innocent civilians, for they have not come out here to die & that is why I did not threw another grenade at them to avoid any possible injuring & killing of ordinary Afghans. Finally, I handed over myself to those coward Afghan policemen.

I was beaten by the local police forces & suffered severe nasal fracture. I still do not regret the killing of US troops. Taj Mohammad Wardak adds: As soon as we found about the bravery of Mohammad Jawad, we were shocked & our souls & bravery were restored. Our plan was not to hand over Mohammad Jawad to US forces, but I came under mounting pressure by ex-president Hamid Karzai that Mohammad Jawad must & should be handed over to Americans. We told president Karzai that Mohammad Jawad was 12 years old & too young to be handed over to Americans to go on trial & get imprisoned. Mohammad Jawad is not in a position to differentiate between good & bad, but it seemed that Hamid Karzai was serious at his words & plans.

Mohammad Jawad was kept at MoE detention center in Kabul for a few days, but he was later handed over to US forces due to increasing pressure by president Karzai.  Although, Taj Mohammad Wardak promised Mohammad Jawad that he will never hand him over to Americans, but he could not keep his promise, as he was forced by Karzai administration & US troops in Afghanistan for his speedy handover to US forces.

The deputy minister for MoE, who was originally from Panjshir province, visited Taj Mohammad Wardak that morning & was very upset. He told Taj Mohammad Wardak: You know what? I did not sleep well last night. I reminded the words & sayings of Mohammad Jawad, who cursed us all, calling us cowards. His painful sayings of why he was handed over to Americans & was better for him to be hanged & killed by Afghans will always tear me apart. Remember that Mohammad Jawad cursed us all & told his sayings in front of almost 22 MoE senior staff. Mohammad Jawad used to say that he was forced to attack US troops to preserve the prestige & dignity of Afghan girls & women.

The deputy minister was quoted saying: I cried a lot & ask myself, as why we were not able to imprison Mohammad Jawad in our own detention centers & why we were forced to hand him over to Americans. When I slept that night, I cried during my sleep & dreams. My running tears woke me up. I was fighting with my integrity & conscience & I was widely blamed by my morality & that is why I did not sleep at particular night. The harsh, but real words & sayings of Mohammad Jawad echoed & murmured at my sleep overnight.

Mr. Muzammel is quoted saying: We were invited by Taj Mohammad Wardak to have curds (a special Afghan food) at his residence in Kabul. While the tablecloth was spread, the curds (whey) were brought & served. At that time, Taj Mohammad Wardak requested us all to keep our fingers crossed & say “Amen” after him. Oh God, please keep Mullah Omar & Hekmatyar alive & do not catch their souls. Please make them stronger & tougher. Please assist & support them against Americans.

As soon as he was over with his prayers, we told the minster – Taj Mohammad Wardk: Are you going to hand us over to the Americans, or what? Taj Mohammad Wardak replied: You guys do not know these bloody Americans. I swear in God that they are afraid from Taliban & Hezb e Islami fighters. Otherwise, Americans would take away our & Afghans daughters from houses & cities & would seduce them here in Kabul & elsewhere in the country & we would never be able to say anything to stop them.

Taj Mohammad Wardak has also indicated during our next meeting, that he might be removed from his ministerial position, since he strongly opposed the idea of handing over Mohammad Jawad to US forces in the early stages of his captivity.

The family of Mohammad Jawad claims that he was 12 years old during his attack on US troops in Kabul, but a DNA testing report by Pentagon counter claims that Mohammad was 17 years during that time.

Mohammad Jawad attacked the US troops using a hand grenade on 17th Dec 2002. He was apprehended on the spot by Afghan police forces & was held captive at MoE detention center in Kabul for some times. He was later handed over to US troops at Bagram airfield & then airlifted to Gitmo detention facility by Dec 2003. He was held captive there for almost 7 years, but was released from that super-max prison back in Aug 24th, 2009 & was sent to Kabul.

While in Gitmo, Mohammad Jawad was badly deprived from sleeping as a gesture for harsh punishment. He was awakened from sleep at mid night. He was forced to stay awake for almost 112 times during two consecutive weeks. He was also forced to incessantly very loud music. During the above fortnight time, he lost 10% of his body weight & suffered from symptoms of having blood in urine (hematuria).

During May 2004, Mohammad Jawad was forced to suffer from insomnia every 3 hours, which was a symbol of torture practiced by Gitmo prison authorities.

A lot has been written about Mohammad Jawad in the local & international media to bring the world attention to his ordeal & plight, but he is indeed a very famous ex-Gitmo inmate till present time.

In an interview with UK Guardian newspaper, Mohamamd Jawad was quoted saying that he was beyond recognition by his mother while seen for the first time following his release from Gitmo prison. His mother was able to recognize him later as her own genuine son after she discovered an exclusive mole on his head.