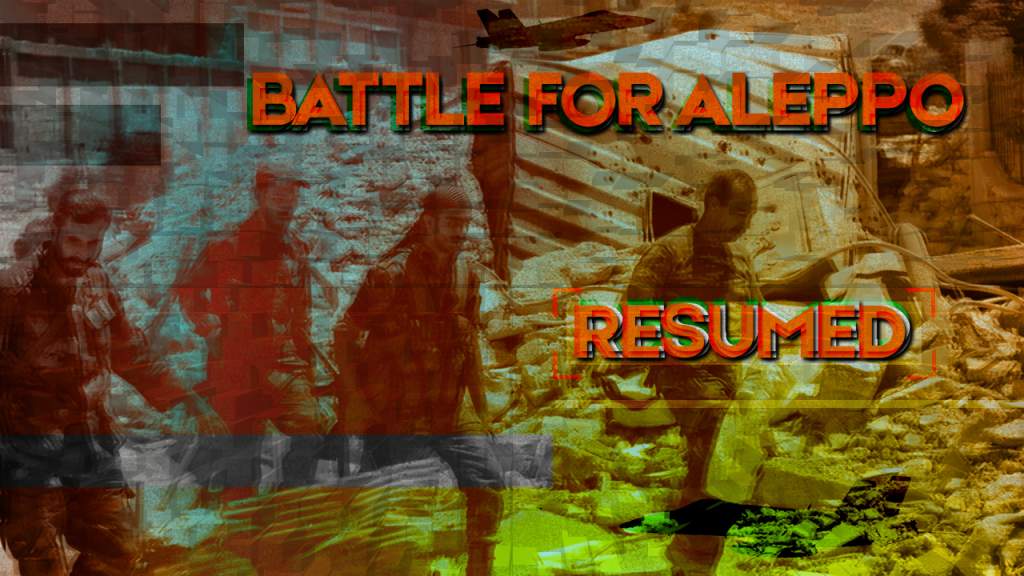 On September 20, the Syrian army, the National Defense Forces and Hezbollah, supported by the Russian Aerospace Forces, repelled an attack of Jabhat Fatah al-Sham (formerly Jabhat al-Nusra/Al-Nusra Front) and its ‘moderate allies’ in southwestern Aleppo.

Terrorist infantry, supported by battle tanks and artillery, attacked the government forces’ positions in the 1070 Apartment Project and in the Ramouseh Artillery Base. However, they were not able to break the army’s defenses.

Separately, the joint terrorist forces attacked the Syrian army positions at the strategic Castello Highway and in the al-Layramount Neighborhood in northwestern Aleppo without any significant gains there.

The Russian centre in Syria said that Jabhat Fatah al-Sham and its allies lost four battle tanks, three infantry combat vehicles and nine pickup trucks with heavy guns during this failed advance. About 100 militants were killed, accodring to pro-government sources.

By September 21, firefights have been ongoing at the Ramouseh Artillery Base, al-Layramount and near the Handarat refugee camp. The Syrian army and its allies also launched an advance on the 1070 Apartment Project – Hikmah School – Tell Uhud axis, southwest of Aleppo city. Clashes are ongoing in Sooq al-Jebes.

Separately, the Syrian army repelled an ISIS advance on the village of Nasrallah located near the Kuweires Military Airport, killing some 14 ISIS terrorists.

In the northern part of Aleppo province, the Turkish Armed Forces and Ankara-backed militants have continued operations against the ISIS terrorist group. On September 20, ISIS launched a series of counter-attacks east of Al Rai, capturing from the Ankara-led forces over 9 villages. By September 21, the Turkish forces have not been able to regain the ground that they had lost. Meanwhile, pro-Turkish sources report that all is ‘ok’ and the Turkish artillery hit over 50 ISIS targets in northern Syria.

In the northern part of Homs province, the pro-government forces launched an advance on ISIS positions at Jabal Al-the Sha’er hilltop located near the strategic hilltop of Tal Sawwan. The Syrian army and its allies also advanced on the ISIS-controlled Al-Sha’er Gas Fields. Clashes are ongoing there.