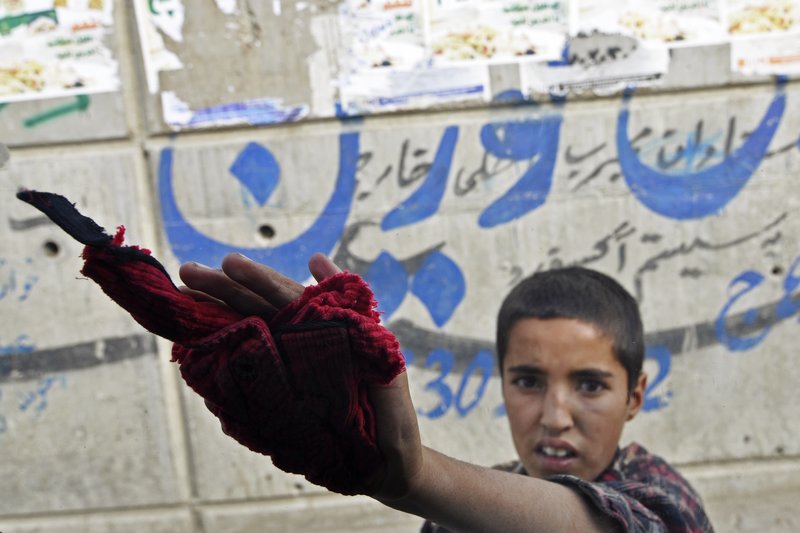 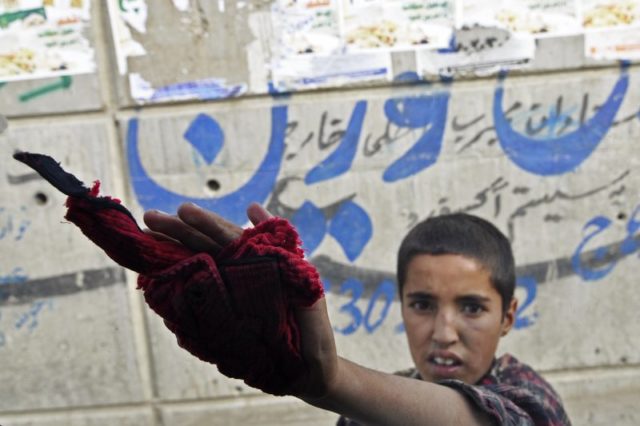 Afghanistan is unrivaled in being the focal point of international conferences where Afghan leaders in their depth of arrogance rattle off some meagerly accomplished tasks. The long journey, set off by Bonn Conference in 2001, has passed by nearly 15 conferences, where the next in line will be marked by Brussels Conference by October.

Human rights, primarily the abuse of underage children, economic empowerment of women, Afghan asylum-seekers and official corruption are among issues on the table of the conference, which are under the spotlight of international community for continued aid.

The cynicism and skepticism to these summits deepened over time as it apparently bore no fruit. Along all the conventions, Afghan leaders have read out minutiae matters far from the crucial points that are strangling the nation.

A glimpse at the track record of Afghan govt.’s commitments it has pledged before world leaders in international summits may bring out scarce traces of any gain in the effort.

The international community urges some pledges from Afghanistan in exchange for aid it provides, though the aid recipient has almost totally fallen behind in areas of human rights, poverty, security and many more.

With Afghanistan unwillingly stepping backward in ways at stake, the international community and the West are pumping more funds that rather than enabling the country to subdue the mayhem is plunging it further deep into the ditch.

Despite having an insight on the large misuse of the funds, the donors, consciously or ignorantly, finance Afghan government, regardless of finding out about its end users.

The same is the case with international conferences on Afghanistan that just receives a deaf hearing to Afghan agenda and in the aftermath, plans are not going down-to-earth.

The nature of dealing with all the havocs in Afghanistan asserts the international community and the West are either deceiving themselves in repeatedly calling for likewise international gatherings or taking the lead of what has stunned the country – miseries.

The usual items of agenda in these conferences discuss financial support of Afghan security forces as well as deadline for withdrawal or number of troops to stay behind. In so doing, it is not likely they would explore a speedy resolution to the conflict, as there are lots of urgencies to come in precedence that has been flaring up for years.

The representative speakers have never posed the very underlying elements stoking the war they are here to fight. The conference is absolutely likely to become the venue for landmark transformation in the region by taking up nothing but just a policy of non-intervention.

For the mess here, the international community merits to be held responsible and this is for the killing management it runs by its Afghan partners. A great deal of funds in the name of “Afghanistan’s reconstruction” finds itself in the hands of militants.

A study in 2012 by CSIS reveals that a minimum of 6 to 10 percent of population has taken advantage of the donor funds, while more than three quarters have reached the aid in words.

According to another study, from a US dollar, only 36 cent is spent on target, while the rest either take a U-turn to funding country, typically by outsourcing and paying more-than-enough salaries to the advisors from the same country, or get embezzled by rampant corruption.

Afghan nationals are denied their basic human rights, while fewer success stories of women’s life are held to represent the absolute majority.

Ashraf Ghani and Abdullah’s govt. has set the record of being the “worst of worst” for lagging in all the grounds. The Brussels conference happens at a time a sizeable portion of Afghanistan is traitorously on loss to militants.

As a genuine peacemaker “international community”, it had to play law enforcer, if Afghan gov would fail, it needed to toughen the conditions by giving stern warnings and then by practically making deductions in funds, and if the trend still persisted, it had to keep conducting snap-elections until a “government of the choice of Afghan nation would take shape”.

From the realities in the ground and mild mutual stances of Afghan govt. and the international community it seems as though both sides are going easily with the chaos.

Yet, a growing bulk of people are now cognizant of deals getting hammered out in conclaves on the sidelines of the same events planning about the “prosperity of Afghanistan”.

Defying the Afghan govt.’s statements of leaps in security, human rights, anti-corruption, and child protection – as an instance – it has to be cited with deep sighs that Afghanistan is still standing out as the most unsafe place for women and children.

The day after an Afghan leader proclaims a stride in any field, a global institution appears to release a study report that highlights Afghanistan as the “lowest in rank” in the same area.

To the surprise of demagogues speaking on behalf of Afghanistan in “dignified stages”, Afghan leaders have compromised on many pieces of their country – deals on lawfully leaving territories to insurgents, allowing or at least not containing the smugglers enormously robbing Afghanistan of minerals and REEs and planting of foreign mercenaries into establishments close to presidential office.

One of the main purposes of these international meetings is to kill the time as we have been into our 15th year of desperation in the context of “global efforts for Afghanistan’s brighter future”. It is no more an exhilarating event or the one that could dazzle and disarm the Afghan people.

The multinational conferences with too much propaganda are to play basis for world’s so-called “united” and “committed” approach to Afghanistan in the future.

For now, Islamabad and Washington feel no urgency to seek a political path for peace. We can better find the fact behind viability of Afghan war from the perspective of some Pakistani religious scholars’ comments, who, at the behest of their lords, openly announce waging of Jihad against Afghanistan, its ordinary people as “legal”.

What regional and international media brings to the notice of audience is to suggest that the Afghan war is a product of Afghanistan-Pakistan’s own row over a range of unresolved controversies, which has frequently been acknowledged by those from the U.S., yet at the platform of the conference on Afghanistan, a bunch of aged, repetitious and irrelevant issues sweep to agenda.

As a lonely and handy solution to what the international community and the West have been scrambling to give a fix, plugging of the very few insurgent-financing channels may dry up all the ramifications that take root from the giant menace of “insecurity”.

The international community might not have been so bounded by assisting Kabul if it held no stakes here. It has grown as hearsay now widespread among a great deal of Afghans that in a revitalized and developed Afghanistan, the donor world sees no beacon of interests.

The foreign powers with troops in Afghanistan need not to bother declaring additional soldiers for “security” here, as it has been cleared inconclusive with once presence of over 130,000 international forces on the ground before 2014.

In the most recent years before 2014, the core topic surrounding the summits was continued military help beyond this year. Now we are close to the end of the second year of post-2014 plan where crises from insecurity to corruption and foreign open interference to heavily arming of militants, opium production to a broad range of armed crimes, and from dropping poverty line to rising number of millionaires have grown worse.

The tone of pronouncements from world leaders about post-2014 military and civilian cooperation with Afghanistan couldn’t assure Afghans of their future and as a consequence, prompted thousands to somehow seek way out of their country.

Many Afghan critics have slammed the international community that its deliberation of aid is not steering clear of political influences that block the road to a “modern Afghanistan”. The construction of dams, major ring roads, promoting SMEs and other mega projects helpful in booming the presently bogus economy of Afghanistan are few key solutions.

The donor world has premeditatedly performed short-lived and flimsy rebuilding jobs, leaving Afghanistan heavily depended on external needs. As still importer of power from Tajikistan, the international community and the west have avowed to not build a single dam on Afghanistan’s several roaring rivers.