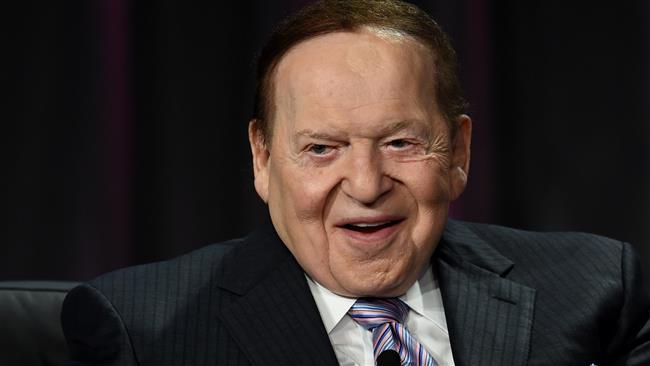 According to former US Senator Mike Gravel, hard-line American Zionist Sheldon Adelson would have unprecedented influence in a Donald Trump presidential administration.

Gravel made the remarks in a phone interview with Press TV on Wednesday while commenting on a recent statement by Adelson who said he would contribute $45 million to help the Republican presidential nominee go to the White House.

The CEO of the Las Vegas Sands casino group is a major contributor to Republican Party candidates, which has resulted in his gaining significant influence within the party.

“Sheldon Adelson is pretty much of a despicable person. He makes his money and wealth from gambling casinos in Macau, China,” Gravel said.

“He’s totally devoted to Israel. And everything that they are doing with respect to Palestinians, it’s no surprise that Adelson would support Donald Trump. He had indicated in the past that he would do that in the past,” he added.

“So he would be the most significant donor of the [Trump] campaign of anybody involved.  So if Donald Trump were to win, Adelson would certainly have untold influence in a Trump administration,” Gravel pointed out.

Adelson was listed by Forbes in June 2015 as having a fortune of $28 billion, making him the 18th richest person in the world.

Adelson, a Zionist Jew, has said his most important issue when considering which candidates to support in US elections is “the safety of Israel.”

In a Washington Post article published in May, Adelson “strongly encourage[d]” those still on the fence about the divisive billionaire to do likewise.”

The multi-billionaire wrote that Trump “exemplifies the American spirit of determination, commitment to cause and business stewardship.”