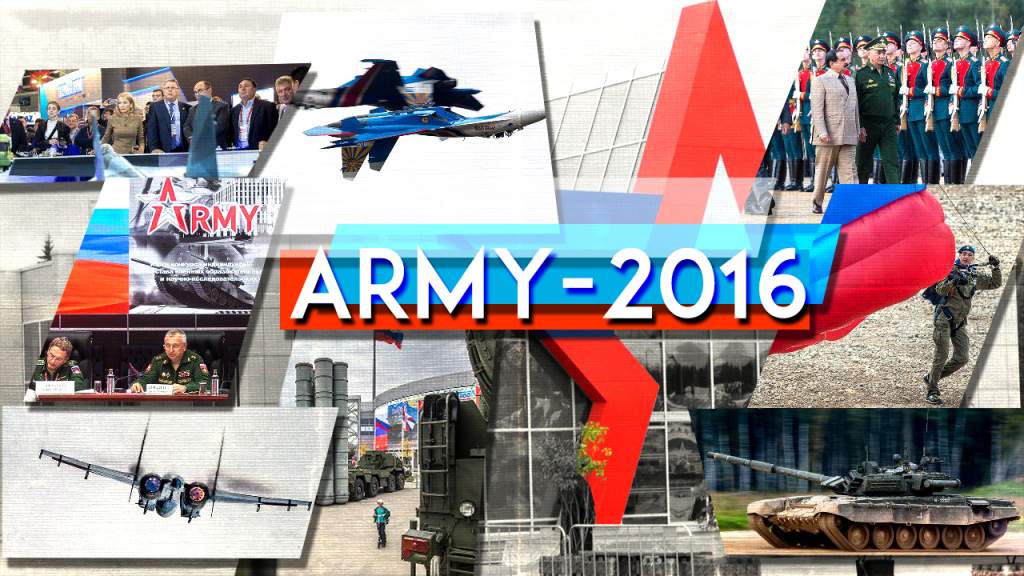 While the Russian defense industry demonstrates its wares around the world at a variety of international arms exhibitions, the largest single event is the annual Armiya event, held this year on September 6-11 at a variety of locations, including the “Patriot” Armed Forces Culture and Relaxation Park near Moscow, the Kronshtadt naval base, and the Kadamovsk Training Area near Rostov.

The Armiya-2016 is so far the largest of these annual events, attracting over one thousand firms and organizations with 11 thousand exhibits, as opposed to slightly more than 800 organizations and seven thousand exhibits last year. While most of the vendors are Russian firms, the event has an international dimension too. Foreign participants this year included entities from the friendly states of Belarus, Kazakhstan, Armenia, strategic partners China and India, as well as Germany, Israel, Pakistan, Switzerland, Malaysia, Thailand, and France.

Altogether, 86 countries participated in the event in some form, with 45 of them sending official delegations. This conspicuous display of international interest in Russian defense products and exploring security cooperation with Russia was most likely the reason this event was not noticed by Western media, usually on the lookout for sensationalist stories from Russia, because it belies Obama’s declaration that Russia has been “isolated” on the international arena.

If any country appeared isolated it was Ukraine which, in spite of its extensive defense cooperation with Russia in the past, and because of its recent political turmoil, was absent, much to the detriment of its own arms industry.

The purpose of this annual exhibition is straightforward enough. The cost of modern weapons systems means that the burden of research and development should be spread along as many finished products as possible. From the perspective of non-Western countries, procuring the more affordable and just as capable Russian systems is a tempting proposition even under the conditions of anti-Russian “sanctions” imposed by Western powers.

This appears to be true even for countries which have been reliable purchasers of US weapons during the Cold War era, such as Pakistan, which, as if not to be outdone by its rival India, also sent a delegation to the event. That Western firms are not taking the sanctions regime too seriously is suggested by the presence of organizations from France and Germany which, while prohibited from selling military technology to Russia, are not banned from “Westernizing” Russian products for third party users who may desire, for reasons of interoperability, Western subsystems (the French thermal sights are a case in point) installed on Russian products.

Armiya-2016’s more subtle function is to demonstrate, in a “polite” manner, the power of Russian arms. One of the attractions drawing crowds to the exhibition are the mobility and firepower displays of nearly every major weapon system used by the Ground Forces, as well as a number of aircraft and helicopters, starting with small arms and ending with T-80U, T-72B3, and T-90A main battle tanks, BMP-3 and BTR-82AM infantry fighting vehicles, 2S19 self-propelled artillery, Ka-52 and Mi-28 attack helicopters, and Su-25 attack aircraft.

Many more weapons were available on static displays, including the T-90MS Proryv [Breakthrough]-3 main battle tank, which, according to Uralvagonzavod, will enter service with the Russian Armed Forces through the process of modernizing the existing T-90 fleet which has proven itself in Syria.

The Proryv-3 program is intended to incorporate the lessons of the Syria fighting and utilize technologies developed for the T-14, including its 2A82 125mm gun. Other high-end products on static display included the Kalibr sea-launched cruise missile family, the S-400 air defense system, the Buk-M2 medium-range air defense system which has never been seen at a public forum before, as well as a whole range of radars, electronics, and command and control systems.

To be sure, not all of the items displayed had a “for sale” sign. It can be fairly said that none of the visitors to Armiya-2016 came with a desire to acquire a Topol-M mobile ICBM system, complete with command and maintenance vehicles. Their presence at the forum was a subtle reminder that Russia could be a powerful ally or a dangerous foe–depending on what one is looking for.