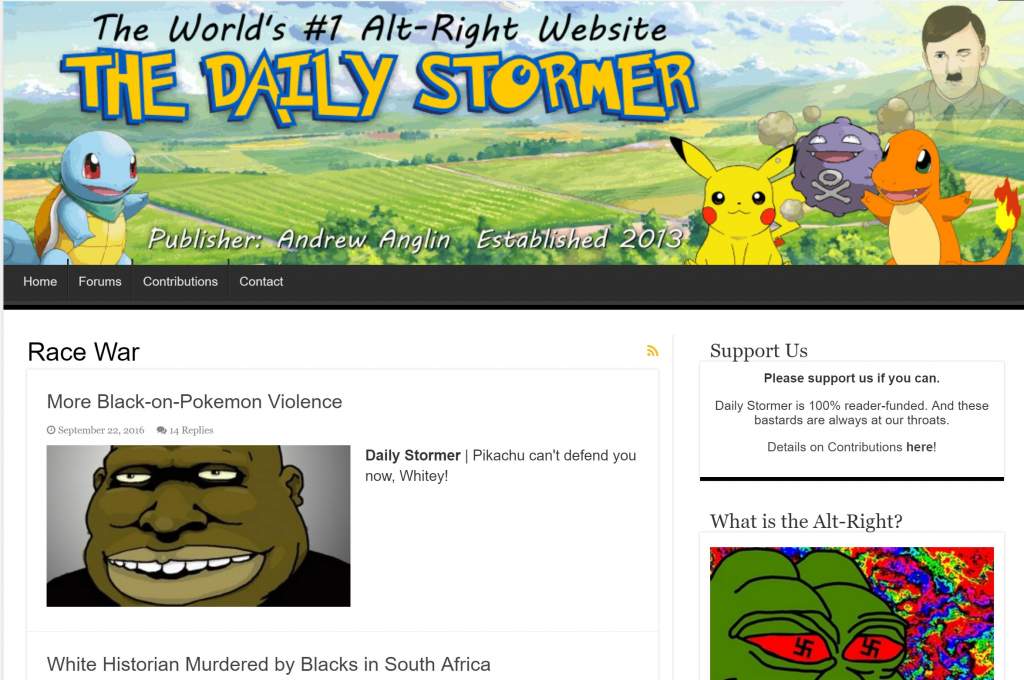 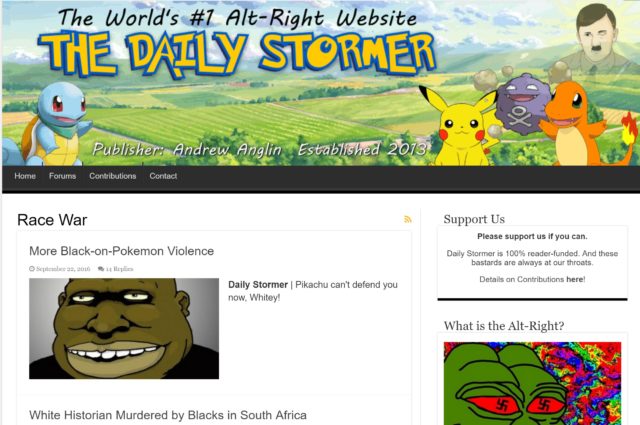 [ Editor’s note: The Zionist control of the media, both traditional, mainstream and alternative is nothing new, it has been an on-going process for over a century, as evidenced by the Protocols of The Learned Elders of Zion:

Protocol XII – Control of the Press

WE CONTROL THE PRESS

NOT A SINGLE ANNOUNCEMENT WILL REACH THE PUBLIC WITHOUT OUR CONTROL. Even now this is already being attained by us inasmuch as all news items are received by a few agencies, in whose offices they are focused from all parts of the world. These agencies will then be already entirely ours and will give publicity only to what we dictate to them.

It is worth reading the full text of Protocol XII in order to understand how and why the Zionists have taken control of the world’s media.

With the loudly beating drums of war currently resonating throughout all forms of media, let us examine one story the Zionists would love us to swallow.

Most of the anti-war sites claim there have been huge casualty increases under Obama, let us dispel that little myth with the following: 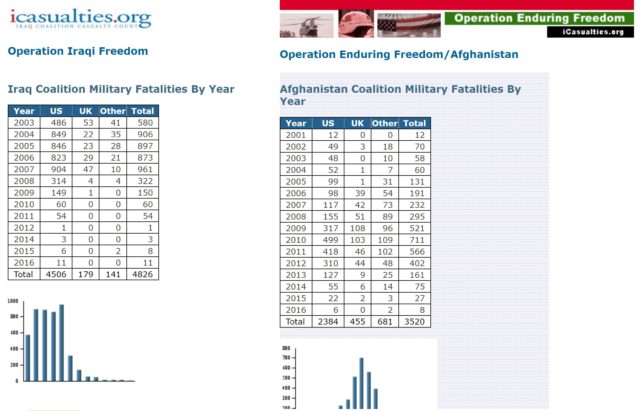 Still believe the media line that the Democrats are the party of war? That, of course, is a Zionist lie, as is the associated lie that Hilary would love nothing more than starting a war with Russia.

The Zionists, however, would love to embroil the USA and NATO in a war with Russia, providing yet another solid reason to oppose the Trump campaign; one of very many reasons as Gordon mentions in his opening statement.

Many morons, or maybe they are paid for shills hiding behind a veil of moronity, have attacked me for my ‘incessant Trump bashing’. Well, don’t expect that to change anytime soon or in fact, anytime ever; Trump is a clear and present danger, the public face of the very ugly Zionist cabal that Gordon describes, therefore I will verbally pummel that disgusting orange buffoon with the ludicrous hairdo and the coterie of disgusting ‘advisors’ drawn from the very worst of US society with every ounce of energy I can summon up, it is my duty to do so because I genuinely care if the world goes to hell in a Zionist-instigated war or not. Ian]

VT has opposed Trump, there are reasons. There is real fear of VT among several groups that have shown themselves as one in the same, as we had pointed out some years ago, the Christian Identity movement, or Neo-Nazis of Daily Stormer, BeforeItsNews, and other sites and the Khazarian Mafia or Zionists.

The “Stormer” types, which includes a broad spectrum of right wing groups even including InfoWars and Breitbart, who make up the disinformation advisory of the Trump campaign, are all directly tied to not just Israel and “Zionism” but something far more sinister as well.

The other revelation, results of a 5 year study, is that there are few hackers and whistleblowers. Most “hacks” are done by the NSA, who turns all material, by agreement, over to Israel. Hillary’s emails were an NSA hack for instance, so is Wikileaks, all Israeli, just as pointed out of Zbigniew Brzezinski in December 2010.

When we looked at Snowden, Wikileaks and the money behind them, we found the CIA, MI6 and the Mossad. The evidence is overwhelming as is the obvious results of all their work. There are never leaks that embarrass Israel, never a document hacked, nothing whatsoever, no leaks, no hacks nothing.

The hacks are all NSA, all sent to Israel and the “hackers” and “leakers” and “Whistelblowers” are all fabricated, at least the most promoted of them all, and then shielded with minor players like Lauri Love who provide cover for Assange and Snowden. There was a reason Snowden worked for Booz Allen Hamilton, the CIA disinformation contractor that also runs the Moscow Times, or why Assange is so close to Netanyahu and Rupert Murdoch, the worst liars of all time. This is so obvious it is painful.

Then when we seen news organizations like RT and others taken in, we look even further, at deep penetration agents in Russia and “other nations.” Israel’s security services target all news outlets, alternative and particularly those who are a threat to Israel. They have been hugely successful, in one nation in particular, until recently but we don’t need to go into that now.

There is a silver lining to all disasters and the 2016 election is no different. Disaster yes, but more important, to VT at least, is what it tells us. Here is the short and sweet of it. With the meltdown of the mainstream media and the rise of conspiracies, most of which are totally fabricated, as a product within the subset of “infotainment,” the Zionist control of the media has taken on a new direction.

More than that, we have seen whistleblowers, leakers, hackers come out of the woodwork, support groups for them and long controlled Zionist media, join the game creating a huge psychological warfare operation against the American people.

Rather than use the term Zionist, we are best served by Khazarian Mafia, a term coined by Dr. Preston James. The Khazarians are a group that formed a parasitic nation during the early first millennium, northern Turkey, the Ukraine, Belarus and a bit of Kazakhstan. Because they were so vile, so hated, their neighbors had the choice of either wiping them out or reforming them. They were given the chance to choose a religion, available at the time, Islam, really reformed Judaism, Christianity, really repackaged Greco-Roman pagan worship and Judaism. They chose the latter.

With the barbarian invasions, Khazaria was broken up and their population pushed across Eastern Europe, making up the Jewish populations later rounded up by Hitler. None were Semitic, their genetics, when tested, prove that out by 95% according to Johns Hopkins. Real Jews went to Morocco, Spain, Persia and Iraq, even into Africa. Most real “Jews” became Palestinians, changing their religion to Christianity and then Islam, as governments required at the time.

This is enough explanation about who people really are and where they come from. As this election shows, the majority of American Jews are Democrats, typically progressive, and disgusted by Trump. Israel is something else, as author Jeff Gates called it, the Criminal State. 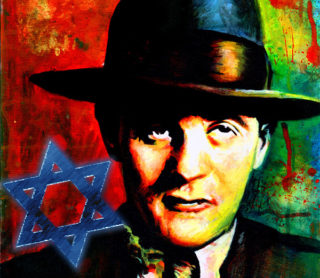 It is really an outpost for world organized crime, a safe haven for criminals of all kinds, human traffickers, war criminals, banksters and a second home to Pentagon princes, who visit with regularity where they dine on a diet of girls and boys, literally if we are informed correctly.

From there they do the rounds, visiting their real retirement accounts in the Caymen Islands using the 2nd passports the Israelis give them, so they can get their cut of the heroin cash glut the war in Afghanistan turned out.

Without the expertise of Israel, neither congress nor the Pentagon could get paid, terrorists and jihadists would never travel freely around the world like wraiths and some of our curious and improbable acts of terror just might have never occurred; but this sounds a bit like conspiracy theory so we must move on.

The real gift this year is from the self-proclaimed “Jew haters” like Tyron Parsons, Stew Webb, Pete Santilli and gang.

All have gravitated into the Trump camp, to pro-Israel InfoWars and as with so many others, have given up any pretense of being anything other than paid opposition.

Past that we have the “truthers,” a Tel Aviv-based group that has hijacked the sad and useless 9/11 “nano-thermite” gang of pretenders and dissemblers.

What all share is pretty obvious, no signs of having a job or funds to live, a life devoid of accomplishment, no history of activism or political beliefs, what we are saying is that they are almost exactly like Donald Trump. Even Netanyahu was a successful furniture salesman and Adelson runs some of Macau’s finest brothels.