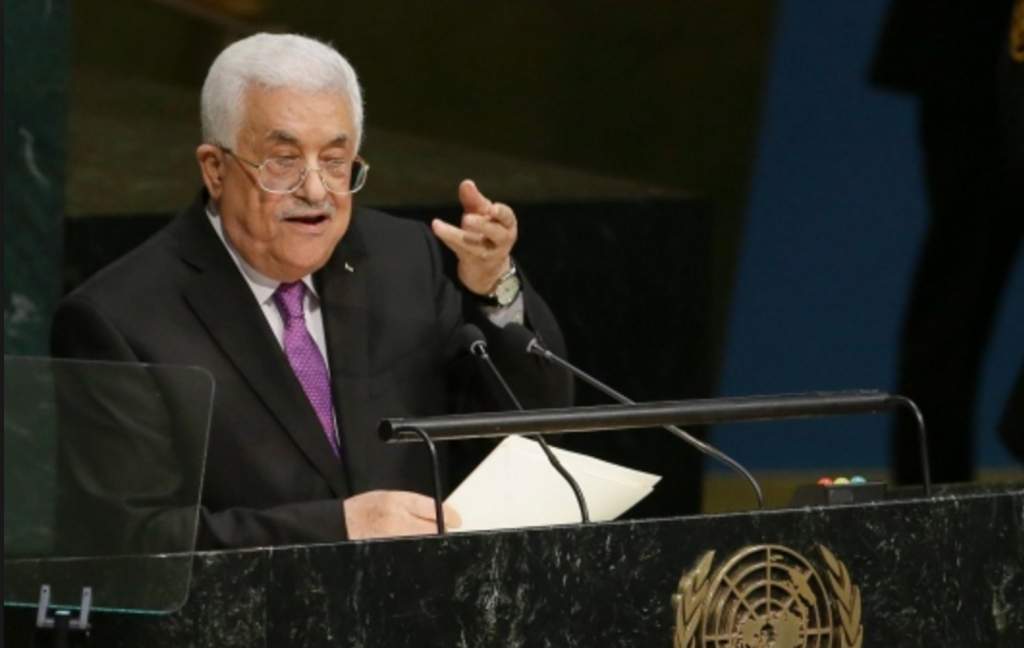 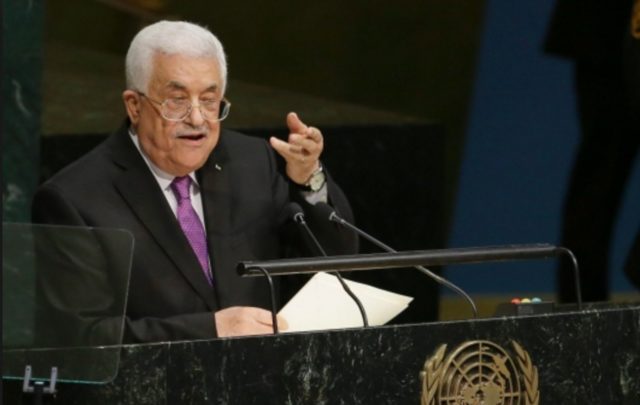 Palestinian President Mahmoud Abbas demanded British apology for its Balfour declaration in 1917 endorsing the founding of a Jewish homeland in Palestine on Thursday. Abbas also urged Britain to recognize Palestine as a state. Speaking at the U.N. General Assembly, Abbas criticized Israel for expanding its illegal settlements in the occupied territories while calling Israeli settlers’ attitudes towards Palestinians as “same as terrorists.”

After Abbas delivered his own speech, Israeli Prime Minister Benjamin Netanyahu, in his address to the U.N. slammed the Palestinian lawsuit against British government over the issuing of the 1917 Balfour act. Both presented sharply different views of the path toward reviving peace talks that have been stalled for more than two years. “I am ready to negotiate all final status, but one thing I will never negotiate is the right to a one and only Jewish state,” Netanyahu said.

Netanyahu rejects a settlement freeze, rejects the 1967 borders as the basis for talks and rejects any division of Jerusalem. He has also said he would not uproot settlements. Slamming Israel’s “abhorrent” settlement policy, Abbas demanded the United Nations take a bigger role in the effort to resolve the Israeli-Palestinian conflict. As the 50th anniversary of Israel’s occupation approaches in June, Abbas urged the 193-member General Assembly to declare 2017 “the international year to end the Israeli occupation of our land and our people.” He called on the Security Council to take up a resolution on the settlements, adding, in a clear reference to the United States, “we hope no one will cast a veto.” Netanyahu rejected the idea of greater U.N. involvement in the peace process.

“We will not accept any attempt by the U.N. to dictate terms to Israel. The road to peace runs through Jerusalem and Ramallah, not through New York,” Netanyahu said at U.N. summit.

The Israel-Palestine conflict began in 1917 when the British government, in the now-famous “Balfour Declaration,” called for “the establishment in Palestine of a national home for the Jewish people”. In 1948, a new state “Israel” was established inside historical Palestine. Around 15,000 Palestinians were killed, some 800,000 displaced, and 531 Arab villages destroyed in attacks by armed Jewish groups at the time.

The Palestinian diaspora has since become one of the largest in the world. Palestinian refugees are now scattered across Jordan, Lebanon, Syria and other countries, while many have since settled in refugee camps in the Israeli-occupied West Bank and the Israeli-blockaded Gaza Strip.

According to the U.N. Relief and Works Agency (UNRWA), there are currently more than 5 million registered Palestinian refugees. For many Palestinians, the right to return to their homes in historical Palestine isn’t just a key political demand, but a fundamental human right.