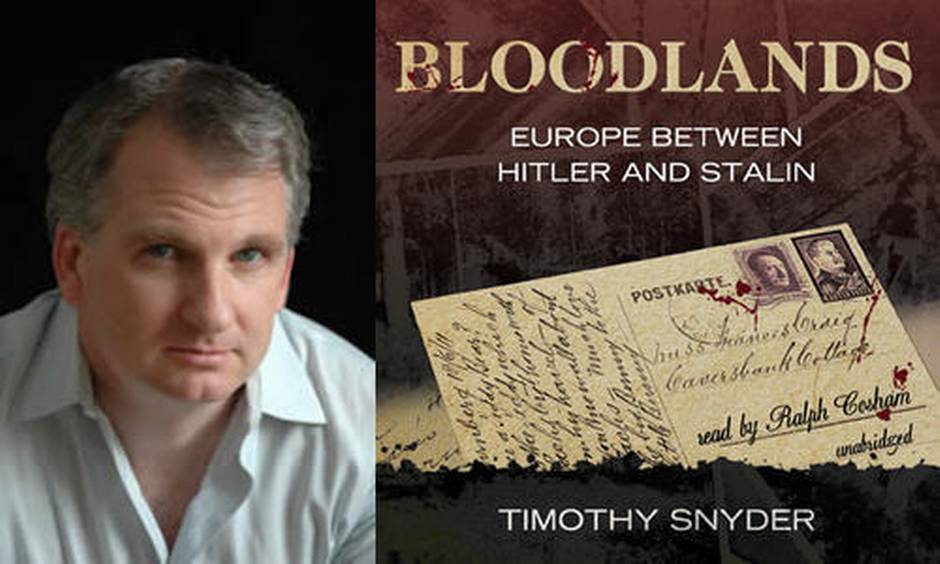 Popular historian and Yale professor Timothy Snyder has recently put his credibility on the line by postulating one fallacious argument after another. Snyder argues that Vladimir Putin is a fascist attempting to meddle “in America’s election.”[1]

My respect for Snyder as a historian has now taken a low blow, not because he attacks Russia but because his argument is just logically incoherent and repugnant. Snyder declares that Putin once described the “collapse of the Soviet Union as a ‘geopolitical catastrophe.’” But Snyder did not have the intellectual courage to describe the context in which the statement was uttered.

Snyder does know that this is an ambiguous statement. It could mean that the Soviet Union, like the collapse of Mao’s Great Leap Forward, was a “geopolitical catastrophe.” But Snyder has to leave the impression that Putin was basically saying that he espoused the ideology of the Soviet Union.

Snyder is making a totally stupid move here. He could never tell his readers that Putin declared that the Soviet government’s composition was “80-85 percent Jewish.”[2] Putin moved on to add that those people

“were guided by false ideological considerations and supported the arrest and repression of Jews, Russian Orthodox Christians, Muslims and members of other faiths. They grouped everyone into the same category. Thankfully, those ideological goggles and faulty ideological perceptions collapsed.”[3]

Does that sound like Putin really loves the fundamental ideology of the Soviet Union? You see, Snyder will never tell his readers facts like these because they will ruin his ideological hermeneutic and political manipulation. He adds a perverse political equation in his article which can be debunked with little mental exercise.

Snyder posits that the late Russian political philosopher Ivan Ilyin has a profound influence on Putin because Putin cites him often. “Mr. Putin has relied on Ilyin’s authority at every turning point in Russian politics — from his return to power in 2012 to the decision to intervene in Ukraine in 2013 and the annexation of Ukrainian territory in 2014.”[4] First of all, this is really deceptive.

As has been reported, Putin “has quoted Ilyin a grand total of five times in the 16 years that he has been in power.” But there is something else in Snyder’s argument as well. His fundamental error is that “if someone quotes somebody who at some point said something else which was distasteful, then the person doing the quoting obviously shares that distasteful opinion in full.”

Keep in mind that Snyder is a very popular historian. If what he is saying here is correct, then we all need to stop reading his books because they do contain quotes from a wide variety of individuals whose ideologies lined up with Communism, Nazism, and even Fascism.

If one needs to understand Putin, then he has to read Alexander Solzhenitsyn’s work, not Ivan Ilyin’s.[5] Even Zionist publications such as Politico magazine got this point right when they stated that Solzhenitsyn is “Putin’s favorite guru.”[6]

Once again, Snyder could not address this point because the New World Order ideology morally and intellectually cripples him. He is handcuffed and cannot reach his full potential as a serious historian because he has already pledged allegiance to the Holocaust establishment in recent books such as Black Earth: The Holocaust as History and Warning.[7]

This is so sad and pathetic. Daniel J. Flynn once again was right when he declared in Intellectual Morons: How Ideology Makes Smart People Fall for Stupid Ideas:

“When ideology is your guide, you’re bound to get lost. Ideology deludes, inspires dishonesty, and breeds fanaticism. Facts, experience, and logic are much better at leading you to truth. Truth, however, is not everyone’s intended destination…Ph.D.s, high IQs, and intellectual honors are not antidotes to thickheadedness.”[8]

[5] See for example “SPIEGEL Interview with Alexander Solzhenitsyn: ‘I Am Not Afraid of Death,’” Spiegel, July 23, 2007.