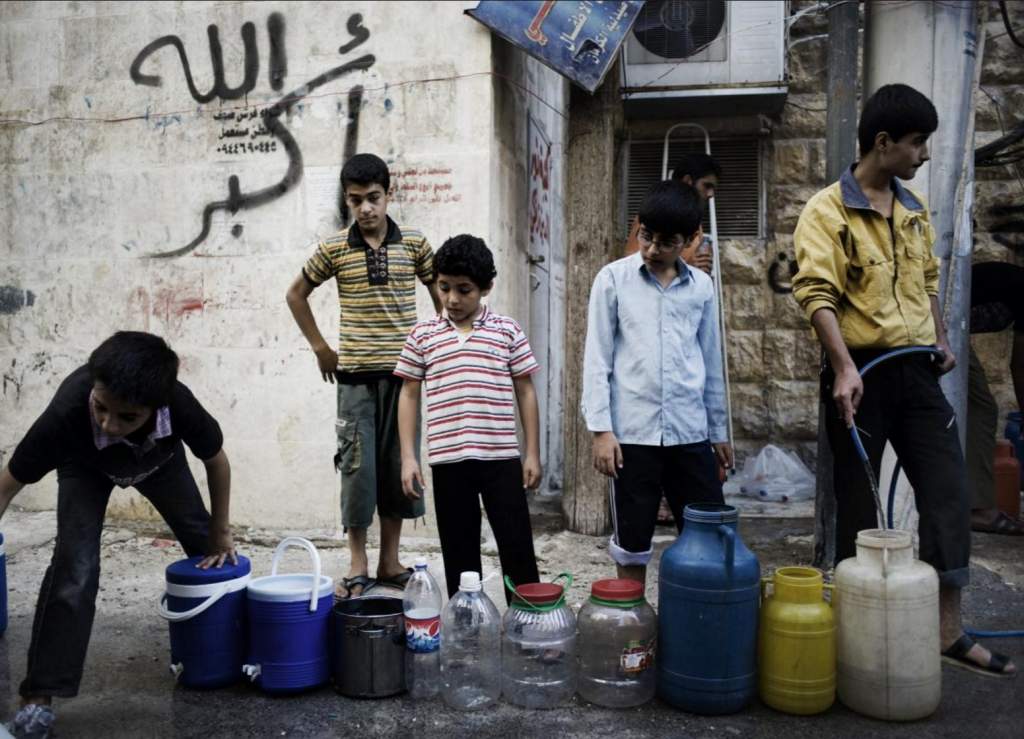 The so-called “moderate” rebels turned off the water to 1.5 million civilians living in West Aleppo in retaliation for a Syrian Army airstrike on East Aleppo that allegedly left 250,000 residents without water setting the stage for an unprecedented humanitarian catastrophe. The city of Aleppo is “dying” according to United Nations officials after a fierce wave of bombing last night by the Syrian Army in an attempt to break the stalemate in what once was the economic capital of the country but is now left to rubble after years of combat between the Assad government and rebels.

Last night’s airstrikes according to early reporting by the United Nations left 115 dead as hostilities have intensified following the collapse of the ceasefire earlier this week resulting in large part from a US-led coalition airstrike on a Syrian Army base in Deir Ez-Zor that left 62 dead and hundreds injured “paving the way” for a major offensive by Daesh (ISIS) terrorists and over 300 ceasefire violations by the rebels.

The rebels signaled in the day before the ceasefire that they would not comply with the agreement brokered by the United States and Russia with the second largest rebel group Ahrar al-Sham even saying that it was “impossible” for the group to breakaway from al-Nusra Front terrorists (formerly Syria’s al-Qaeda affiliate prior to a rebranding effort) because the two groups had become too entangled fighting under the common banner of the Army of Conquest.

With hopes for peace on hold Syrian airstrikes have escalated which the rebels claim undermined attempts to repair a water pump supplying rebel-held districts in East Aleppo with water allegedly blocking the flow of the vital resource to some 250,000 residents. In an act of reprisal, the rebels switched off the Suleiman al-Halabi pumping station that provides water to 1.5 million Syrian civilians in government controlled West Aleppo raising the possibility of an unprecedented humanitarian crisis in what has already turned into the largest displacement of civilians in human history.

Kieran Dwyer, spokesman for the UN Children’s Rights & Emergency Relief Organization (UNICEF) explained that the Bab al-Nairab pumping station supplying rebel-held parts of Aleppo was allegedly damaged on Thursday and subsequent strikes rendered repairs impossible. “Then in retaliation for that attack a nearby pumping station that pumps water to the entire western part of the city – upwards to 1.5 million people – was deliberately switched off,” said Dwyer.

UNICEF fears that families in West Aleppo will be forced to use contaminated liquid carrying waterborne diseases to which children are particularly vulnerable as a result of the intentional act of terroristic sabotage by the rebels in contravention of international humanitarian standards. “Aleppo is slowly dying, and the world is watching, and the water is being cut off and bombed – it’s just the latest act of inhumanity,” said UNICEF Deputy Director Justin Forsyth.

The US Ambassador to the United Nations claims that Russia is responsible for the horrors that have descended upon Syria, but remained silent about the 1.5 million civilians whose water was shut off by US-backed rebels.

The United States Ambassador to the UN Samantha Power blamed Russia for the surge in violence in Syria after the ceasefire agreement collapsed last week following a US-led airstrike in Deir Ez-Zor that killed 62 Syrian Army soldiers and left scores injured causing fighting to intensify to a breaking point.

Russia points to the over 300 ceasefire violations by US-backed Syrian rebels in the first days of the ceasefire and the refusal of the so-called ‘moderates’ to adhere to the conditions of the agreement forged by Russia and the United States which called for the rebels to disassociate with the terror group Al-Nusra Front, Syria’s al-Qaeda affiliate until a recent rebrand.

The United Nations Security Council met on Sunday at the request of the US, Britain and France to discuss the deteriorating situation in the city of Aleppo as the Assad government escalated airstrikes in an effort to tighten the siege and break a longstanding stalemate with the opposition rebels. On Thursday, the rebels allege that the Syrian Army Air Force struck a facility compromising the water supply for some 250,000 residents of rebel-held East Aleppo.

In an unprecedented act of terroristic reprisal the rebels shut off the water supply for 1.5 million residents in government controlled West Aleppo causing an almost unheard of humanitarian toll with UNICEF raising the alarm of an imminent danger of mass childhood fatalities if desperate families are forced to drink contaminated water. Despite the nuance of the situation, Samantha Power barreled in with accusations against Moscow saying, “What Russia is sponsoring and doing is not counter-terrorism, it is barbarism.”

“Instead of pursuing peace, Russia and Assad make war. Instead of helping get life-saving aid to civilians, Russia and Assad are bombing the humanitarian convoys, hospitals and first responders who are trying desperately to keep people alive,” exclaimed Power. “It is time to say who is carrying out those airstrikes and who is killing civilians,” Power said. “Russia holds a permanent seat on the UN Security Council. This is a privilege and it is a responsibility. Yet in Syria and in Aleppo, Russia is abusing this historic privilege.” Britain’s UN ambassador Matthew Rycroft joined in the chorus saying that Russia would be excluded from the process of bring peace to Syria based on the recent intensification of fighting.

The Russian bid to bring peace to Syria “is very, very near the end of its life and yes the Security Council needs to be ready to fulfill our responsibilities,” said Rycroft. “The regime and Russia have instead plunged to new depths and unleashed a new hell on Aleppo. Russia is partnering with the Syrian regime to carry out war crimes.”

On the ground realities tell a more complex story with the Western coalition aligned with rebel groups who have joined forces with an al-Qaeda affiliate under the umbrella group “The Army of Conquest” who shut off all water to over 1.5 million civilians in what may be the single greatest terror act in human history while the Assad government has engaged in shocking bombing raids in its own right. Russia’s Vitaly Churkin explained that peace after the collapse of the ceasefire is nearly “impossible.” “In Syria hundreds of armed groups are being armed, the territory of the country is being bombed indiscriminately and bringing a peace is almost an impossible task now because of this,” said Churkin. The UN Syrian mediator Staffan de Mistura attempted to rally calls for peace among the despair appealing for the UN Security Council to come up with a way to enforce a ceasefire in Syria.

“I am still convinced that we can turn the course of events. We have proven this more than once before,” he said adding that he would never quit working to bring peace to Syria. “Any sign of me resigning would be a signal that the international community is abandoning the Syrians, and we will not abandon the Syrians, and neither will you.”