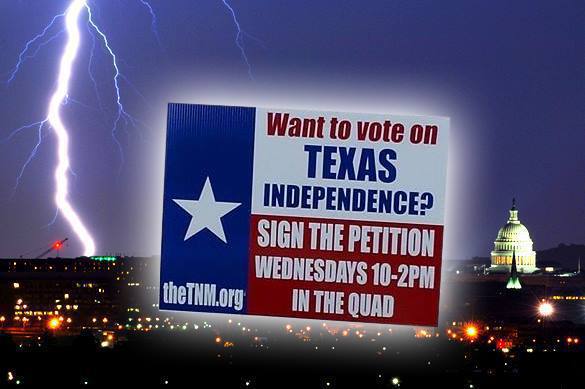 Leaders of movements and parties which stand for independence of their regions will gather in Moscow at a conference ‘The dialogue of nations’. The right of people to self-determination and building a multipolar world.’

Why have only Western separatists been invited? Are these marginal movements? Does the Kremlin fund them? And isn’t it a nonsense – to support separatists, while separatism is prohibited in Russia itself? The Western media poses such questions.

The Diplomat for example wrote a whole article on the issue. Let us note, that right to self-determination is registered in a number of documents. In 1952 in particular a UN resolution №637 The Right of Peoples and Nations to Self-Determination was adopted, where it is pointed out that this right ‘is a prerequisite to the full enjoyment of all fundamental human rights’; ‘every member of the UN, in conformity with the Charter, should respect the maintenance of the right’; ‘the state members of the UN responsible for the administration of non-self-governing and trust territories shall take practical steps, pending the realization of the right of self-determination’.

Here is a response to the first question: why leaders of only Western ‘independist’ movements are invited, and namely of the Northern Ireland, Scotland, Italy, Catalonia and the Basque Country, Texas, the Hawaiian Islands, Puerto-Rico and (for the first time) California.

It’s a response to the steps of apologetics of ‘the new world order’ on Russia’s destruction. Let us recollect when in late 1991 the US Defence Secretary Dick Cheney claimed that he’d like ‘to see the dismantlement not only of the Soviet Union and the Russian Empire but of Russia itself,” so “it could never again be a threat to the rest of the world.”

Let us recollect that Washington was in command of not only the USSR, but also post-Soviet states, establishing hostile regimes there by funding opposition movements. Thus, we should have undoubtedly started supporting the Western ‘independists’ quite earlier, as well as funding them.

And although the Kremlin refutes this thesis, there’s nothing reprehensible. It’s impossible to carry out a coup for 3.5m roubles (allocated from the Presidential fund to organize the conference) in Texas or anywhere else, but it’s quite possible to make the FBI work up a sweat.

It is reported in the press-release that the conference is to unite representatives of parties and movements which stand for self-determination and independence of their regions and fight against ideology of world domination and economic exploitation’. To cut the long story short, it’s a meeting to exchange views, keep in contact with colleagues who are in same situation, that is struggle for independence while matrix states disregard intentions of their people.

The lunatic fringe or mouthpiece of people’s aspirations?

If the Texan Governor signs a decree on creation of a gold depository and intends to take the State’s gold reserve out from New York in order to create its own currency, are these marginal acs? If Brittany declares is independence from France and obtains recognition from Cameroon, are these marginal acts? Another case is that you won’t read about it in the Western media.

Russia supports not separatists, but ‘independists’

Let us not call these people separatists, there’s another word, ‘independists’, then all the claims on Russia’s support of separatism, which is banned in the country, are lifted.

What about The Diplomat’s call to evidence Chechens at the Moscow conference, this movement has not existed for a long time so far, because the Republic of Ichkeria had no strong ideology. It was artificially created by the CIA and collapsed, as soon as Russia politely found a compromise. While the Western movements of ‘independists’ exist as opposition to imperialism and dictate, violence and hatred.

It would be interesting to watch how Madrid deploys tanks to conquer Barcelona or Paris imposes sanctions on Cameroon. By the way, why hasn’t it imposed them yet? And what will happen if Washington refuses to return gold to Texas, which has already claimed that Clinton is not their president?

‘We’ll need international recognition of our voting in the future, when the referendum is held. We count on the Russian authorities to support us within this issue, as the Crimea also separated from Ukraine due to a referendum. We want to exit from the US the same way,’ Louis J. Marinelli said. Well, Russia will recognize, there are no doubts, aren’t there?