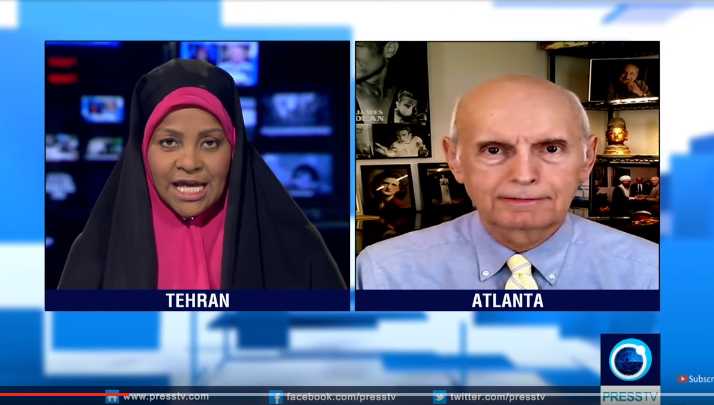 [ Note: Russia is demanding what it knows the US coalition cannot deliver, control over its own jihadi groups. It is beginning to look like these groups have been getting supplied enough from Saudi Arabia and Qatar that they may be countermanding US orders to cooperate with the ceasefire efforts.

And if push came to shove, who is going to be able to confirm if the rebels have really separated from the al-Nusra folks anyway? I don’t foresee either roll call formations any time soon, or the “good terrorists” wearing ankle bracelets.

I have found no reports of artillery fire being used inside the city. The SAA and Russians are going with the guided-bomb strikes only to keep the civilian casualties down. They were warned to get away from all jihadi command centers and concentrations.

The battle grinds on; and with it, the suffering of the people still trapped inside… JD ] Russia says reviving a ceasefire in war-torn Syria is possible only if all warring sides are involved.
Foreign Minister Sergei Lavrov said Russia’s unilateral concession is not enough for the revival. He also called for an investigation into the collapse of a ceasefire in Syria brokered by Russia and the US on September 9.

The truce came to an end after a week when U-S-led forces attacked a Syrian army base, and an aid convoy was hit. Russia’s top diplomat also reiterated his calls for the separation of the so-called moderate opposition forces from the Nusra Front terrorists.

He noted that there is evidence that the opposition militants have merged with the Nusra Front.