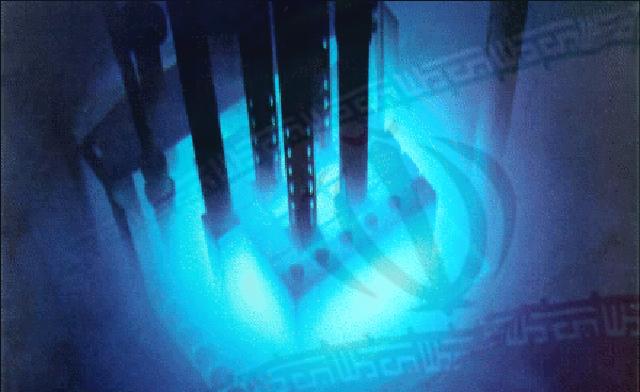 [ Editor’s Note: VT was in the thick of the hoax Iran nuclear weapons program for which the world public is owed financial compensation for all of the time wasted. Israel comes at the top of the list for its endless charade and banter of how the mad mullahs were going to have “da bomb” in a year or two…for two decades.

When they had the opportunity to kill the talks by revealing the infamous Mossad’s most secret proof they had been holding… they had nothing.

Did the world media turn on the Zios like banshees and denounce them for the fraud? Hell no, they didn’t. I don’t remember anyone or any organization of standing, other than VT, doing that. And we had our 40-year Department of Energy expert Clinton Bastin with us all the way until he died in 2014.

So we will take a victory lap on one of our sweetest victories, and ask that more be done to make sure the reputations of all those involved in the fraud have it branded on their foreheads to wear while they are above ground at least, as an example to the current hoaxers waiting in the wings to take their place.

The US had an extensive “bend over” crowd, mostly Israeli lobby grovelers, who shamed America’s credibility, what it had left anyway. That took another big hit now that the Pentagon tells us it bombed the Syrians in Deir Ezzor, when the battle lines there had been static for two years.

Whether Israel got spotlighted for its Hebrew Hoax or not, we helped put the wooden stake through the heart of that monster. They were exposed, and can never deny it… Jim W. Dean ]

Iran’s nuclear chief has warned of the threats posed by the Israeli nuclear stockpile and activities, saying the Zionist regime is putting at risk the security of the region and the credibility of the nuclear Non-Proliferation Treaty (NPT).

“Iran, as the initiator of establishing Nuclear Weapon Free Zone in the Middle East since 1974, reiterates its deep concern over Israeli clandestine military nuclear program,” Ali Akbar Salehi, the head of the Atomic Energy Organization of Iran (AEOI), said in the 60th Regular Session of the International Atomic Energy Agency (IAEA) General Conference in Vienna on Monday.

“Unfortunately, despite the adoption of the resolution of the NPT review conference in 1995 and also its Action Plan in 1995, the Zionist regime [Israel] still has not put its nuclear activities and facilities under the Comprehensive Safeguards Agreement of the IAEA, and thereby endangering stability and the security of the region as well as the integrity and credibility of the NPT,” he added.

The Israeli regime, which pursues a policy of so-called deliberate ambiguity about its nuclear bombs, is estimated to have 200 to 400 nuclear warheads in its arsenal. The regime has refused to allow inspections of its military nuclear facilities or to sign the NPT.

According to March 2015 emails by former US secretary of state Colin Powell leaked earlier this month, Israel has 200 nuclear weapons “targeted on Tehran.”

Salehi reiterated Iran’s motto of “Nuclear Energy for All and Nuclear Weapon for None,” saying, “This message, if realized, would accelerate and enlarge the contribution of atomic energy to peace, health and prosperity throughout the world.”

“The world without nuclear weapons under the full implementation of Article VI of NPT and the realization of nuclear disarmament by 2025 as proposed by the Non-Aligned Movement is an inevitable necessity and certainly one of the best guaranties for nuclear security,” he said.

Salehi further underscored the Islamic Republic’s resolve to expand its nuclear program for civilian purposes following the implementation of last year’s agreement, dubbed the Joint Comprehensive Plan of Action (JCPOA), reached between Iran and the P5+1 group of countries – the United States, Britain, France, China and Russia plus Germany.

“In the existing atmosphere of post JCPOA, by relying on our developed infrastructures specifically the possession of highly talented and experienced human resources, we shall continue to speed up the development of peaceful nuclear technology both in power and non-power domains of application,” he said.

Citing a key report last December by the UN nuclear monitoring body that it has found no indications of the diversion of nuclear material for non-civilian objectives in Iran’s nuclear program, Salehi said “the official and decisive report on the final assessment of Iran’s past and present nuclear issues … closed for ever [the] false and fabricated nuclear file” on the Islamic Republic’s atomic program.

He added that Iran’s civilian nuclear program has created a “unique paradigm in international relations through genuinely upholding IAEA’s goal which seeks to accelerate and enlarge the contribution of atomic energy to peace, health and prosperity throughout the world.”

He further expressed regret over the failure of the P5+1 to fully honor its obligations under the JCPOA despite Iran implementing “all its JCPOA commitments, which was monitored and verified by the agency as well as continuing its close cooperation with the IAEA through voluntary effectuation of the Additional Protocol in accordance with the provisions of the JCPOA.”

“However, expectations regarding comprehensive and expeditious removal of all sanctions, as stipulated in the JCPOA, have yet to be made,” Salehi said, adding, “Reciprocal and full implementation of the commitments by the E3/EU+3 (P5+1) is the crucial foundation of the JCPOA and the fundamental part of the agreement for its durability.”

Iran and the P5+1 signed the JCPOA in Vienna in July 2015. It went into effect on January 16, and resolved a long-running dispute over the Iranian nuclear program.

Under the JCPOA, the Islamic Republic has agreed to roll back certain aspects of its nuclear program – including the volume of its uranium stockpiles enriched to the 20-percent level – and has provided international atomic monitors enhanced access to its nuclear facilities.

In return, Iran’s partners agreed to terminate all nuclear-related sanctions against Tehran. Some international banks, however, still shy away from financing trade deals and processing transactions with Iran fearing US penalties.

Meanwhile, the AEOI head said on Monday that he had met with US Energy Secretary Ernest Moniz in Vienna the previous day to review the two countries’ obligations under the JCPOA.

“In this meeting, we reviewed complaints and problems in the way of implementing the JCPOA in order to find partial solutions to them,” Salehi told reporters on the sidelines of the IAEA general conference.

He added that he would likely hold another meeting with the US energy secretary later on Monday to discuss issues of mutual concerns. Moniz said on Monday that Washington has kept its side of the JCPOA.

“The sanctions that were to be relieved have been relieved. That’s what was the commitment. That has happened,” the US energy secretary told a news conference on the sidelines of the IAEA annual meeting.

“The consequences of that in terms of how many companies make foreign direct investments in Iran is not for the government to decide, that’s for companies to decide,” he said.

Moniz added that US officials “at their highest levels” have explained in Europe and to banks how to transact with Iran without falling foul of the remaining restrictions.