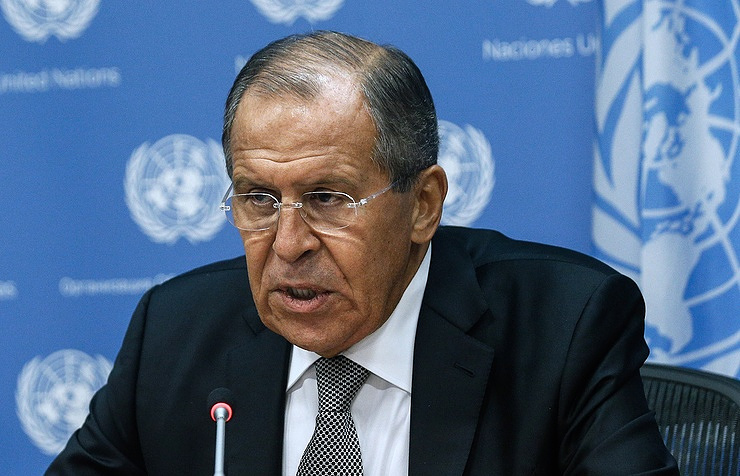 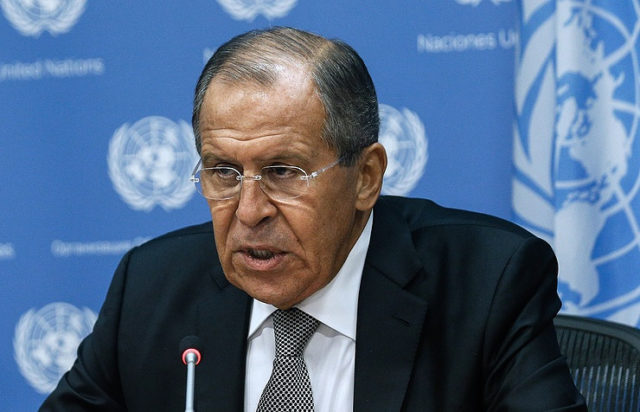 [ Editor’s Note: This apology was better than nothing. But that said, the only other option was to admit it was on purpose to get Damascus to call off the ceasefire to try to cover up the US not being able to control its Jihadis.

The half-hearted apology went through the Russians because, even in this situation, the US would not speak to Damascus directly. If it had been sincere, there would have been an offer of compensation to the families of the dead and wounded, but no…the great United States and Pentagon would not do that.

They just walked away, as they usually do from their big mistakes. Someone else ALWAYS pays. If this had happened to US forces, even with a mistake, we would have seen a totally different attitude. Has anyone counted the Syrian terror attacks on the US? The count is zero.

How about the Iranians? They draw a zip, as do the Russians and the Chinese. Gosh, what kind of threat can they be, when the US and West have been using proxy terrorists for years now, giving others the right to use it against us, but they don’t. Imagine that. There must be something different about them… Jim W. Dean ]

VLADIVOSTOK,  The U.S. has acknowledged the airstrike in Deir ez-Zor was a mistake and via Russia are bringing apologies to the Syrians, Russia’s Foreign Minister Sergei Lavrov said in an interview with the television weekly program Vesti V Subbotu.

“They (the U.S.) are raising the topic themselves,” the minister said. “They say, it was a mistake and using us they bring apologies to the Syrians.” The foreign minister also said the U.S. had brought apologies to Syria’s President Bashar Assad. “Yes, they have.” At the same time, he continued, the “situation is rather weird.”

“I have told the U.S. Secretary of State John Kerry, and later on at the meeting of the International Syria Support Group the situation in Deir ez-Zor is unlike the situation in Aleppo – where the front line keeps changing – has been static for two years,” the minister said. “There, the Syrian forces are surrounded by IS (the Islamic State terrorist organization, outlawed in Russia). We deliver regularly humanitarian cargo there and all the essentials by dropping them from aircraft. Similar flights (to use chutes to drop humanitarian support – Lavrov) were organized by the UN. These are well-known facts.”

“It is tough to believe reconnaissance of the coalition, organized by the U.S., which is fighting IS (terrorist organization the Islamic State, outlawed in Russia) in Syria’s entire territory (and it was IS, who in Deir ez-Zor surrounded the governmental forces – Lavrov), could forget who was located where,” the foreign minister said. “However, I do not want to blame anyone.”

Speculations regarding the likely disruption of the truce in Syria followed a series of incidents that took place over the past few days. The Syrian army’s command on September 17 said that an air raid on Deir ez-Zor left 62 Syrian troops killed and about 100 other people injured.

“The coalition’s strikes against the positions of government troops in Deir ez-Zor were an outrageous violation of the cessation of hostilities regime. Moreover, the Islamic State (terrorist group outlawed in Russia – TASS) at once launched an attack against government troops,” Lavrov said.

On Monday, September 19, a joint humanitarian convoy of the United Nations and the Syrian Red Crescent Society came under attack. Twenty people were reportedly killed. The United Nations said that 18 out of 31 trucks had either been damaged or destroyed. U.N. Secretary-General Bam Ki-moon has condemned the aid convoy shelling and called for investigation into the incident.

Earlier, he described those who stand behind the attack as cowards. The US authorities claim that the convoy came under an air strike. The Russian Defense Ministry said a Predator combat drone of the US-led anti-terrorist coalition was in area of the UN convoy at the moment of the incident. Drones of this type are capable of attacking targets on the ground.

He said the earlier published interview of Russia’s chief of the main operations directorate of the General Staff, Lieutenant-General Sergei Rudskoi became an official document of the UN Security Council.

“It is clear from it what we had been undertaking, how we worked with the Syrian government so that it observed the re-confirmed truce regime,” the minister said. “It is also clear from the document who is not observing it.”

Several groups of the opposition had announced they were ready to observe the truce, he continued. “However, several dozen groups refuted the ceasefire announcing they would not cooperate.”

“We have insisted Ahrar al-Sham is put on the terrorist list,” the minister said. “By the way, the U.S. was for it, too, a year ago. Some countries in the region said that the organization is not terrorist, that they did not have proofs for that.”

“At the meeting of the International Syria Support Group (on September 20 on the sidelines of the UN’s 71st General Assembly – TASS) I said about what we had suggested a year earlier, and said the recent statements by its leaders, of course, require going back to putting it on the list of terrorists,” Lavrov said.

A ceasefire regime brokered by Russia and the United States on February 22 officially came into effect in Syria at midnight Damascus time on February 27. This does not cover terrorist groups such as Islamic State and Jabhat al-Nusra, both outlawed in Russia, and other groups recognized as terrorist by the United Nations Security Council.

Russian Foreign Minister Sergei Lavrov and U.S. Secretary of State John Kerry, who held thirteen-hours-long talks in Geneva on September 10, coordinated a package of five documents called upon to bring about ceasefire in Syria and to lay down the foundations of a resumption of the political process.

The documents feature the separation of the armed opposition and terrorists and envision the delivery of joint Russian-U.S. airstrikes. They also specify a procedure for reacting to violations of the ceasefire and some aspects of delivery of humanitarian aid millions of people are wanting badly.

The cessation of hostilities regime came into effect from 19:00 Moscow time on September 12.

The International Syria Support Group met in New York on September 20 to discuss the situation around the implementation of the Russia-U.S. agreements on Syria. The 50-minute meeting participants included representatives of 25 countries and international organizations.

A number of its participants, including United Nations Special Envoy for Syria Staffan de Mistura and German Foreign Minister Frank-Walter Steinmeier, later said the group will hold its next meeting on September 23.