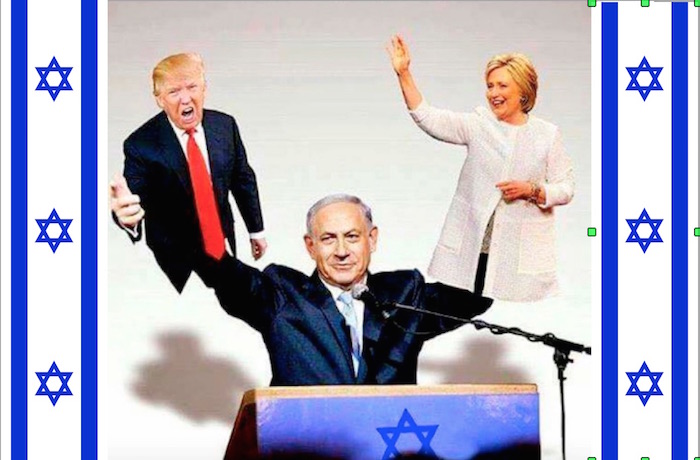 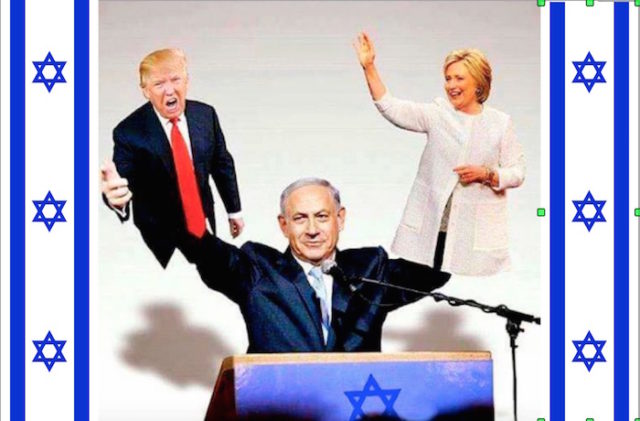 “In this episode of The Debate, Press TV has conducted an interview with Kevin Barrett, an editor of VT from Madison, and Frederick Peterson, a congressional defense policy adviser from New York, to discuss the reasons why Israel’s support is so crucial for the future of the US presidential candidates.”

What can I say about debating Frederick Peterson? This is a guy who accuses ME of speaking incoherently in “utterly disconnected ramblings and mutterings of hysteria that have no grounding, virtually no grounding, except random ornaments floating on a Christmas tree in zero gravitree – gravity, that can be held onto and put into a coherent statement of what he is actually saying, let alone a policy that can go forward.”

Nobody has ever accused me of incoherence in such colorfully incoherent fashion. I am in awe. Press TV, please schedule a rematch!

His campaign says Trump will recognize Jerusalem as the undivided capital of Israel. What’s your reaction to that?

Barrett: What Trump is really saying is that he would recognize Israel as the capital of the United States. He is capitulating to the Israeli lobby that has a stranglehold on power here in the United States, which it cemented with the Zionist neoconservative coup d’etat on September 11th, 2001, when Israeli assets and their partners in the US military and intelligence communities blew up the World Trade Center and murdered nearly 3,000 Americans in order to cement their “policy coup” as General Clark called it, and destroy “seven countries in five years” – meaning the seven countries in the Middle East that were posing a threat to Israel.

Now it’s ironic that Donald Trump, whose whole career is built on a plea to “make America great again,” who says we’re getting bad deals around the world: the United States is not getting a good deal around the world, in Europe with its occupation armies, in Japan with its occupation armies. And the reality is the precise opposite: The US is essentially forcing the entire world to accept its worthless toilet paper currency that’s backed by nothing, using its military-industrial complex to do that.

As an American, I am ready to start a revolution to overthrow the Israeli occupation army that is ruling this country. Donald Trump is a liar, a hypocrite, a bigot, who is turning reality on its head by decrying US relationships with other nations around the world that are not a problem for the United States, and ignoring the only real problem that the United States has with any country in the world, which is the state of Zionist apartheid genocidal Israel.

Would you like a comment on that? I will tell you, that is one of the most breathlessly fantastic dreams and delusions of policy, non-policy and gross imaginings that really I’ve heard in a long time. That is not just on the outer fringe, that is beyond the outer fringe, in outer space. They’re utterly disconnected ramblings and mutterings of hysteria that have no grounding, virtually no grounding, except random ornaments floating on a Christmas tree in zero gravitree – gravity, that can be held onto and put into a coherent statement of what he is actually saying, let alone a policy that can go forward. Let me state a few things. Israel was established not by a power grab by Israelis, by Jews, it was established by the United Nations in 1948. This is recognized.

That’s not true. The General Assembly resolution was non-binding. It doesn’t exist; Israel is not a legitimate country, according to the United Nations.

The 1967 war was not a war of aggression by Israel…(in response to moderator) If you would like – thank you, I appreciate your intervention on that, we’ll try to keep this orderly, Mr. Barrett notwithstanding. The 1967 war was a war on Israel, not by Israel. It was a defensive war. That was a war not by Palestinians against Israel, but by Egypt against Israel. Egypt was soundly defeated in a short period of time. And the property acquired in war, at the end of the war, the land held by Israel was returned, was not all kept. It was returned. And the Palestinians, the so-called Palestinians, which is a random amalgam of peoples that name has been put upon within the area, has been recognized and acknowledged and actually seeking to reach a peace agreement with when they would pledge a non-aggression non-hostility toward the state of Israel itself. Were that to be done, great steps could be moved forward.

That was very poetic. It reminded me of Spiro Agnew with his “nattering nabobs of negativism.” So I have to congratulate Mr. Peterson for that. However, everything else he said is rankest nonsense. To begin with, the General Assembly resolution that recommended the partition of PALESTINE, the country of the Palestinians, which does exist, contrary to what Peterson and other lunatics sometimes try to claim, to excuse the genocide – they don’t WANT Palestine or any Palestinians to exist, they’re committing genocide against it to get rid of it – but it does exist, it has always existed. And that General Assembly resolution in 1948 was non-binding. It was never voted on by the Security Council. Therefore, the State of Israel has absolutely no legitimacy in the eyes of the United Nations or international law. There is no such state. But the world has essentially accepted that these genocidal settler-colonial invaders, through sheer force of arms, and through mass murdering many of their victims and expelling the rest, will be able to stay there. So the overall consensus view of the international community today is that the so-called state of Israel can be allowed to exist, in peace, on the land that it occupied up until 1967. But, this consensus position continues – and this is the position of every country in the world, every legitimate country in the world, including the United States – that not one square inch of land outside the pre-1967 borders can ever belong to the state of Israel.

(Watch the full debate, including more amazing rejoinders from Mr. Peterson, in the window embedded above.)