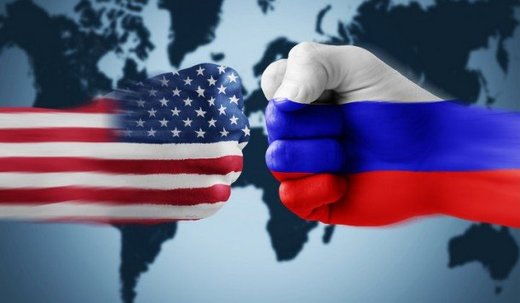 FARS News Agency has reported that Russia’s missile has killed 30 Israeli and New World Order agents in Aleppo a few days ago.

“Several US, Turkish, Saudi, Qatari and British officers were also killed along with the Israeli officers. The foreign officers who were killed in the Aleppo operations room were directing the terrorists’ attacks in Aleppo and Idlib.

“Earlier in September, the Syrian army units launched a preemptive strike on the terrorists of the so-called Aleppo Operations Room in their gathering centers near Castello road in the Northern areas of Aleppo and Mallah farms, foiling their plots to attack the region’s supply route.”

Obviously Russia was sending NWO agents and their lackeys an ultimatum, which states that if you are trying to support terrorist organizations and create terrorist cells in the region, then you are by definition an enemy of Russia and the Syrian government.

As we have seen in numerous articles, NWO agents are not just enemies of Russia and the Syrian government; they are the enemies of the moral and political order. If you don’t think that’s true, then fasten your seatbelt.

US officials are now saying that “Wealthy Gulf states” such as Saudi Arabia may need to support the Syrian rebels in order to covertly fight the Russians. An unnamed U.S. official has recently said:

“The Saudis have always thought that the way to get the Russians to back off is what worked in Afghanistan 30 years ago – negating their air power by giving MANPADS to the Mujahideen.

“So far, we’ve been able to convince them that the risks of that are much higher today because we’re not dealing with a Soviet Union in retreat, but a Russian leader who’s bent on rebuilding Russian power and less likely to flinch.”[1]

Keep in mind that the Mujahideen, which George W. Bush trained in Nevada,[2] are violent terrorist groups[3] whose members were also trained by the Israeli Mossad to kill Iranian scientists.[4] One U.S. official declared, “We did train them here, and washed them through the Energy Department because the D.O.E. owns all this land in southern Nevada.”[5]

The group was called Mujahideen-e-Khalq, or the MEK for short; according to the U.S. State Department, the MEK is a terrorist organization that “was originally founded by leftist university students as an Islamist-Marxist group in 1965. It later staged attacks against the Islamic Republic from within Iraq, under Saddam Hussein.”[6]

Roberto Toscano, former Italian ambassador to Tehran from 2003 to 2008 and now a scholar at the Woodrow Wilson International Center for Scholars, declared that the group’s interest “is a weird combination of Marxism and Islamic fundamentalism.”[7] The group was eventually removed from the U.S. State Department as a terrorist organization in 2009,[8] but enough outrage seemed to have kept the group under the radar.

This was done exclusively for ideological purposes, for the MEK was responsible for the killing of six Americans in Iran in the 1970s.[11] The same terrorist group wounded Air Force General Harold L. Price and attempted to kidnap U.S. ambassador

Douglas MacArthur II.[12] By September 2012, the United States removed the terrorist label from MEK,[13] although it remains a violent terrorist organization.[14]

The MEK also played a vital role during the Iraq-Iran war from 1980 to 1988, a war that took the lives of thousands of Iranians. Saddam used the MEK during that time as well and even after the Gulf War in 1991.[15]

Yet the same Neoconservatives who were pushing the war against Saddam said nothing about the U.S. removing the MEK as a terrorist group! In fact, some Neocons intended to support the terrorist group and used it as pawn in the region.[16]

Lee Smith of the Neoconservative Weekly Standard argued that by keeping the MEK on a terrorist list, U.S. officials actually serve Iran![17] Even after the Iraq-Iran war, the MEK set up bombs in Iran which took the life of Ali Shirazi, Iran’s deputy commander.[18] U.S. officials know very well that the MEK has been involved in frightening terrorist acts since its inception.[19]

One of Mitt Romney’s senior foreign-policy advisors, Mitchell Reiss, has given talks at the MEK conference. At one point, he told the organization, “We have stood with you yesterday, we are standing with you today, and we will stand with you tomorrow.”[21]

Philip Giraldi has been reported that some of the MEK’s funding came from the Mossad.[22] This is highly plausible, since the MEK has also reportedly been involved in the assassination of several Iranian scientists.[23]

By 2012, Iranian officials had arrested at least fifteen Mossad-linked spies and terrorists.[24] The MEK was involved in “savage reprisals against those who rose up against the Iraqi tyrant in 1991.”[25]

Members of the group have been involved in “bombings, kidnappings and assassinations in Iraq…The MEK has proven itself during the First Gulf War and afterward as a ruthless, immoral terrorist group which could be hired to kill.”[26]

Since the MEK had committed terrorist acts against Iran on numerous occasions, Iran wanted the Americans to treat the group as a terrorist organization when they went to Iraq.

Iran was so eager to cooperate with the U.S. on this particular issue that “in return for the destruction of the Mujahideen e-Khalq…they would collaborate with the United States against Al Qaeda.”[27] The MEK is a terrorist organization; Al Qaeda has terrorist cells.

So, what did the United States do? “Instead, U.S. soldiers disarmed members of the MEK but did not arrest them.”[28] Are we then to believe that the so-called war on terror is a serious enterprise?

This brings us to a central point here. Mitchell Reiss was right when he said: “We [the United States] have stood with you [the MEK] yesterday, we are standing with you today, and we will stand with you tomorrow.”

The US is standing with the MEK today by cooperating with terrorist states like Saudi Arabia, which plans to work with the MEK. The unnamed US official obviously doesn’t mind the Saudis supporting other terrorist groups to fight the Russians in Syria because Russia and Assad are the villains, not the MEK.

Once again, the so-called war on terror is a smokescreen. Any group that supports the New World Order agenda is no longer a terrorist group! Russian Foreign Ministry spokesperson Maria Zakharova has indirectly pointed this very issue out when Samantha Power called Russia’s position in Syria “barbarism.” Zakharova responded:

“Historically speaking… a barbarian is someone not belonging to an empire, and we have only one of those today… As for the imagery… the world has seen nothing more barbaric in modern history than Iraq and Libya done the Washington way.”

[26] Anne Singleton and Massoud Khodabandeh, The Life of Camp Ashraf: Mojahedeene-Khalq—Victims of Many Masters (Iran-Interlink, 2011), 129-130.

[28] David E. Sanger, The Inheritance: The World Obama Confronts and the Challenge to American