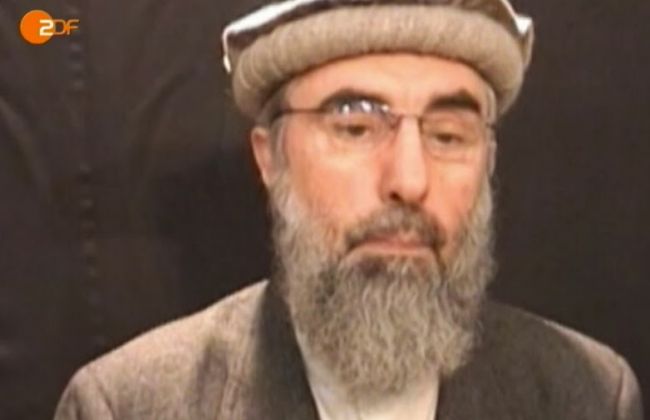 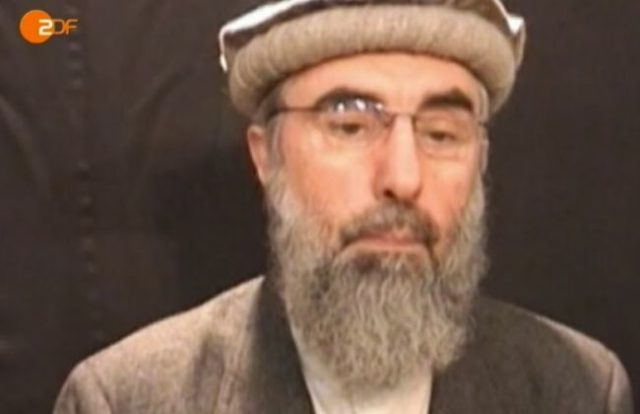 The disturbing stresses from cold-blooded civil war in 1992 still weigh heavily on traumatized Afghan nation and descendents of victims are still counting down days to eyewitness the execution of involved warlords who killed not a thousand people or a few more, but a staggering 70,000 people.

That wish of Afghan people started to evaporate right after the US invasion in 2001 when it literally gave a blanket pardon to Jihadist commanders and cherry picked some of them for the subsequent interim state under Hamid Karzai.  In the span of war under the world powers command and loads of disasters whirling around the people, fewer Afghan activists voiced to drag thuggish warlords to the trial.

And now, the minimal likelihood to bring these criminals to the book vanished with the “red-carpet” welcoming of “global terrorist” Gulbudeen Hekmatyar, who is infamous for standing at the top of the other kindred warlords over spilling more bloods of people.

Afghan gov eventually struck a deal with Gulbudeen-led Hezb-e-Islami party on last Thursday after a string of bargains in secret over what concessions should principally Ashraf Ghani’s government put forth. It is not a win-win accord or a halt to violence from militants loyal to Gulbudeen for an ocean of offers on the part of Kabul gov. He, his aides and his scores of armed hardliners are intended as reserve to put “new strategies” in play that will loom over time.

As usual, the Afghan gov stepped forward more generously with conceding ample money, top gov posts, providing heavily-secured residences and most importantly judicial impunity that protects him against impeachment and even the most powerful international legal action.

The stigmatic of all is Kabul’s attempts to take off Gulbudeen’s name from UN’s blacklist that I don’t rule out.

Exactly one week after signing the draft deal by proxies on Thursday, he spoke to a packed audience of Jihadist leaders through videoconference from unknown place and declared reaching agreement with Ashraf Ghani.

Gulbudeen will find it difficult or even face qualms making his first appearance in the face of blood-boiling and maimed folks. He, perhaps, is not advised by his outsider architects to be seen as long as public fury and likely outburst of risings settle to the bottom.

So many Afghan people persecuted during civil war have vengeful feelings toward Jihadist warlords especially Gulbudeen Hekmatyar. A dominant call for rally against his rapprochement with gov could draw in tens of thousands of people who have long-endured angry emotions to give vent.

With the situation being at this stage, the UN is strongly expected by observers to reverse the petition for Gulbudeen’s delisting as “global terrorist”. And if the UN signaled green light, it would prove allegations that this universal decision-making organization is infiltrated by warmongers.

Any gov in Kabul or a foreign power reserves no right to grant impunity to a person designated by the US as “global terrorist” in 2003 and blacklisted at its request by UN the same year. Upon this long time while he was sitting in Pakistan, his waged militants in Afghanistan have carried on the trail of pre-Taliban era barbarities and have killed countless more.

Beside this, when it comes to criminality by more killings, he tops.

Now someone let us know what masterwork he did that ran up his delisting issue to the UN’s doorstep. What makes him so distinguished than Osama Bin Laden or Mullah Mansoor that safeguarded him against spy drones?

Why such a warm-up is not happening with Taliban who stand tenaciously as superior opponent force and cause the highest human toll?

In Afghanistan, agreements are not inked for peace making; they are more like intrigues that end up some way in affecting the people. Dismissing Gulbudeen’s deal as rubbish, even the US-Afghanistan Bilateral Cooperation Agreement that was briefly hailed as the “flagship”, didn’t evolve into a model to give others a lesson on how to comply with the conditions described in an agreement.

Gulbudeen is reaching Kabul at a time a likely power vacuum is drawing nearer as Ashraf Ghani and Abdullah’s rule looks to sink in. Or at most, Ashraf Ghani’s gov wouldn’t live over the current term. This notorious warlord’s arrival does have vested connection with Afghanistan’s future power succession, a view which is established by hasty process of his endorsement.

For Pakistan and the US, Gulbudeen Hekmatyar is zealously ideal warlord who could become a potent proxy political force in Afghanistan.

Gulbudeen Hekmatyar, who stands for Pakistani and the US interests in Afghanistan, bears a more oppressive figure of the former Afghan president Dr. Najibullah who fought for Russia and India’s concerns in relatively peaceful way. The two extremes have ridden offensive ideology against each other’s sponsoring states in their respective times of power.

In the early nineties’ conflict, both Islamabad and New Delhi were strongly backing them to cling on to or succeed the loose and almost “leaderless” government in Kabul. For the two long-challenging nuclear-armed countries, it was and is now like an overtake race inspired by regional strategic needs to gain supremacy on one another, especially in Afghanistan.

That early episode of rivalry came to an end when Dr. Najibullah couldn’t manage to take off from the Kabul airport amid heavy crises and security fears in a midnight in 1992, and later took shelter in the UN office and then hanged to death by the Taliban.

Following after 24 years now, Gulbudeen’s second coming into Kabul is feared to play a fifty-fifty part for Pakistan’s India-specific targets in Afghanistan and for the US, at least toe its line.

After the deal, more despairing stories are revealing about Hezb-e-Islami party’s future prospects. Gulbudeen Hekmatyar is reported to nominate for 2019 Afghan presidential election, which could compound the situation for a peaceful Afghanistan. Once he ascends the power, he would, as a first and urgent action, purge Afghan government of all-sorts of anti-Pakistani elements, largely pro-Indian ones.

On the other side, the chairperson of Afghan Independent Human Rights Commission Sima Samar has called on Gulbudeen Hekmatyar to apologize for his deeds – war crimes – as part of peace deal. Indeed, she tried to fulfill her “noble responsibility”, but – in prevailing view – she was too warm in her appeal that doesn’t fit into a Human Right organization’s manifesto. What people wanted her as senior advocate was to insist on his punishment or at least denouncing the move.

Samar’s pointless demand was just fired back by Gulbudeen’s son Habibur-Rahman, saying his father has done nothing wrong to make an apology. The other upsetting point is the broad range of lured Afghan people’s clumsy view of Gulbudeen, who are unknowingly covering up his crimes by making flattering comments and begging for peace.