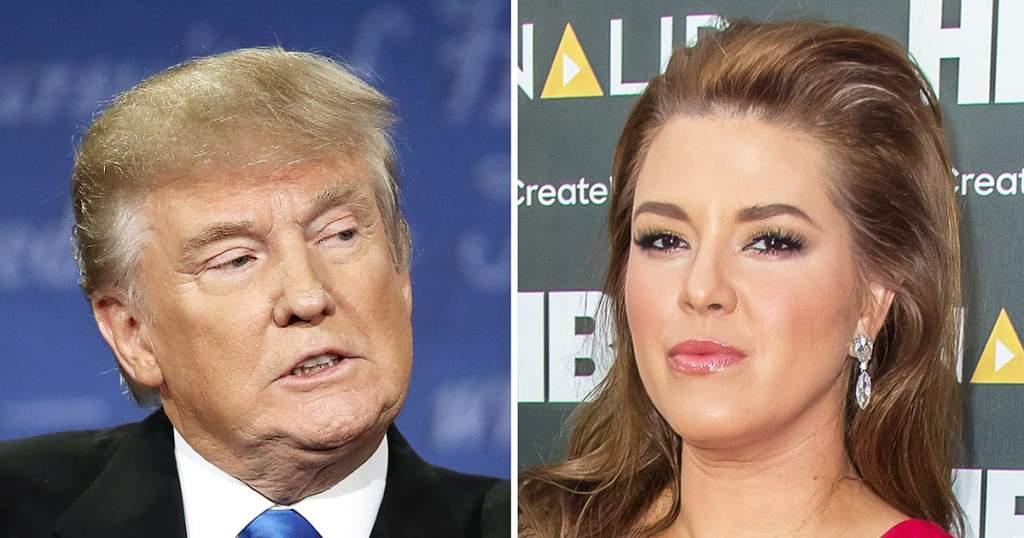 TrumpBots! WTF is this about now?   I mean we started this week with the Trump expose that he fat shamed a former Miss Universe winner Alicia Machado and now end it with a massive 3am tweet tirade to slut shame and discredit the thorn in his vulgar side.  Isn’t there anyone to tell this guy to shut up!  OMG!  He’s sinking himself with women voters with every breath!  Shut up already!  Social civility and morality notwithstanding, this is stupid strategy!   Cállate la boca!

Our lovely sniffling snorting predictable GOP presidential nominee continued to rail against the ‘disgusting’ former Miss Universe, whom he has repeatedly attacked for her weight.   Yes, the sniffling snorting Trump was up at 3am and could NOT help himself.  He hit the submit button without thinking again!  Ouch!

This as many in his campaign are begging him to get off the fat shame subject because American women whom he needs to get elected are getting turned off by his consistent contemptuous misogyny that never ceases.  They wanted him to stop digging the hole but no one can take away his shovel!  Ewwww!

Now his poor surrogates have to embarrass themselves on media shows spinning slut shaming of women while pretending the are NOT out-raged and that its the mics fault or Hillary’s fault or the media’s fault; never his fault.  I mean they must be exhausted by this man.

I mean instead of talking about the issues that face the USA and how he’s going to inspire a better future, he’s engaging in middle of the night gossip like he’s the host of a very late night TMZ talk show.  Where is his tirade against globalization?   Make a America Great Again?   Come on man…make this an election about the future of our country!  This really sucks!

With less than 40 days to go, Trump is making a mockery of our election by engaging in pathetic gossip.  Nothing could be more insulting to the voters who actually care about the serious issues facing our future.  Sex Tape?  Really?

I mean who cares if Machado had sex, a sex tape or engaged in any sexual behavior that he or anyone else may find objectionable.  I mean Trump’s wife Melania sleeps with women right?  So what?  Nobody cares!  Why engage in attempted slut shaming?  How lame is that?

But let’s take a longer look into Machado’s past just for the sake of Trumps request to see her sex tape.

No, there is zero evidence for that!  And even if there was, so what?   What does that have to do with him fat shaming her and calling her Miss Piggy or talking down to her referring to her as Ms. Housekeeping?    I mean TrumpBots may choose to throw out intelligent logic to justify their support for the vulgarian but the rest of us are NOT going to buy that non-sense.  And since he truly needs the undecided voter to win this election, what is the point of engaging in woman bashing?  Politically it’s a stupid strategy!  Beyond stupid!   Assuming women voters don’t appreciate the joke, this can seriously lose him the election.

Oh and BTW if we are going to talk about public figures behaving badly on reality-TV shows in the past, then we might as well start with the GOP presidential nominee himself, who once talked to a woman on The Apprentice, his NBC reality series, about “dropping to [her] knees” and how that “must be a pretty picture.”   Nice going Trump!

ORIGIN: During the first presidential debate between Donald Trump and Hillary Clinton on 26 September 2016, the latter noted that her opponent had made several highly public sexist remarks over the course of his career. One instance cited by the Clinton occurred in 1996 when Trump called the recently crowned Miss Universe, Alicia Machado of Venezuela, “Miss Piggy” due to her post-pageant weight gain

The two women bear a superficial resemblance to each other, but the woman in the film referenced above looks more like Angel Dark than Alicia Machado:

Machado is also often described as having been in a “sex tape,” a claim that stems from her 2005 appearance on the Spanish reality show La Granja (similar to the United States’ The Real World), which she was reportedly kicked off of after being filmed having sex with another cast member:

The romantic relationship between Alicia Machado and her fellow Venezuelan, baseball player Bob Abreu, is finished. The breakup was announced by the athlete himself in an interview with the Telefutura cable network.

The remarks followed a scandal that erupted over Machado’s appearance on the Spanish television program La Granja. In the course of that reality show, the former Miss Universe and Spanish actor Fernando Acaso were filmed having sex. After the incident, the Venezuelan actress and singer was booted from the program, and two weeks ago she apologized on the air to her boyfriend.

“I never thought things would happen like that. [Fernando] behaved very respectfully towards her as a woman” Abreu says. He also said that Machado would now have to think things through. Abreu emphasized that he is no longer Machado’s boyfriend and said their relationship had ended before Machado went to Spain to participate in La Granja.

However, the so-called “sex tape” stemming from that incident is perhaps the tamest video ever to be so termed, consisting of nothing more than some grainy, night-vision footage of a couple of covered figures writhing in a bed. And reality television being what it is, the scene the tape depicts was quite possibly staged or fabricated.

But again, Alicia Machado did pose topless for Playboy magazine which is NOT a cool as Melania’s adventures into lesbian sex right?

Nice Try Trump!  This is getting annoying!  Trying to deflect from your contempt for women and fat shaming does NOT work!  Everyone knows you’re a disgusting pig!  And mostly, TrumpBots dont’ care!  Only the rest of us do.  But what TrumpBots do care about is wanting to fix broken government and get out of the globalization of the Clinton vision.  And instead you give them  COKE-BINGE-esque 3am tweets that waste everyone’s time that do nothing to advance a vision for our country that speaks to our people!   It’s alienating women you idiot!   They vote too or did you not get the 19th amendment memo?

Worse, you are apply for the biggest job in the world and this is what you do at 3am? 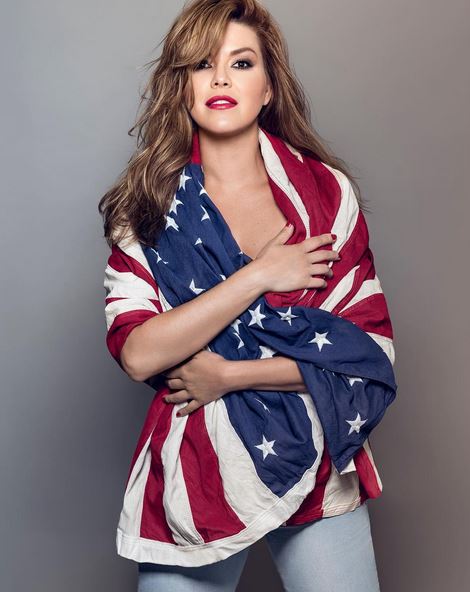 “The Republican candidate and his campaign team are again generating attacks, insults and trying to revive slanders and false accusations about my life. All this in order to intimidate, humiliate me and throw me off balance again. The attacks that have emerged are slander and lies cheap generated with bad intentions, which have no foundation that have been spread by sensationalist media. This, of course, is not the first time that I faced such a situation. Through their hate campaign, the Republican candidate insists discredit and demoralize a woman, which is definitely one of the most terrifying features.

With this, they are seeking to distract attention from their real problems and [Trump’s] inability to pretend to be the leader of this great country. When I was a young girl, the now candidate humiliated, insulted me, disrespected me publicly, as he usually did privately in the cruelest way. As this happened to me, it is clear over the years that their actions and behavior have been repeated with other women for decades. Therefore, I will keep standing, sharing my story. I absolutely support Mrs. Clinton on behalf of women, my sisters, aunts, grandmothers, cousins, friends and female community.

My Latin and in general, I want to thank all the support, love and respect, my career, my person as a human being and my family. I became a citizen of this great country because my daughter was born here and because I wanted to exercise my rights, including voting. I will continue standing firm in my lived experience as Miss Universe and you with me supporting me. I’ve been so pleased with many kind words, for so much love. I’m focusing on my busy career, in my work as mother and I will continue taking positive steps for the Latino community, I will continue as activist for women’s rights and respect we deserve. I appreciate all your love and all your support again, thanks. “Thousands of blessings.