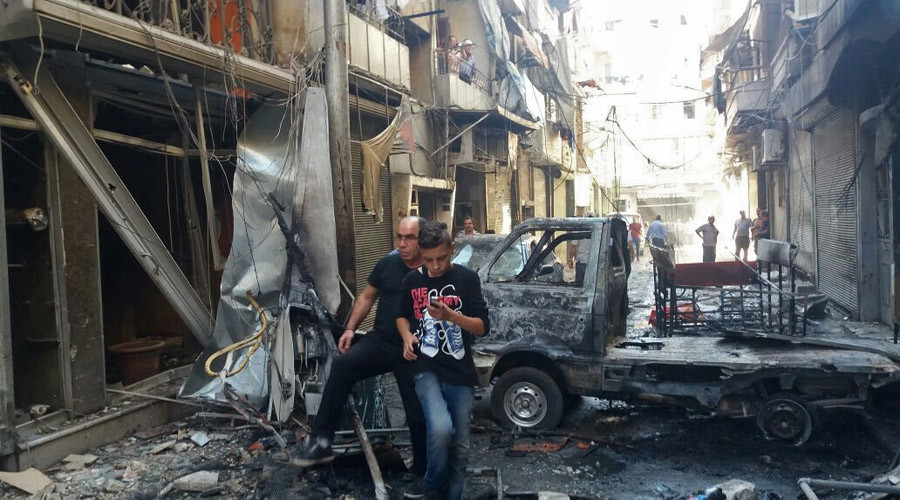 If the US launches a military campaign to oust the Syrian government, it would further fracture the country and have tremendous negative long-term consequence for the entire region, Russian Foreign Ministry spokesperson Maria Zakharova warned.

US ‘spare Nusra for plan B’ to change regime in Syria – Lavrov
If the US launches a direct aggression against Damascus and the Syrian Army, it would cause a terrible, tectonic shift not only in the country, but in the entire region,” Maria Zakharova said during a talk show, which is to be aired fully later on Saturday and has been cited by RIA.

With no government in Damascus, there will be a power vacuum in Syria, which “so-called moderates, who are, in reality, not moderate at all but just terrorists of all flavors, would fill; and there will be no dealing with them,” the diplomat predicted.

“And later it would be aggravated the way it happened in Iraq. We know that [Saddam Hussein’s] Iraqi Army became the basis of the Islamic State. Everything that both the [US-led] coalition and Russia are fighting now stems from it,” Zakharova said.

Russia and the US are accusing each other over the collapse of the ceasefire which was signed last month, but has failed. The US says Moscow did not do enough to win the trust of rebel forces and to prevent the government of Syrian President Bashar Assad from attacking his opponents. Russia says Washington was incapable of separating ‘moderate rebels’ from terrorist groups and keeping them in check for the truce to take hold.

READ MORE: US had never had ‘Plan A’ for Syria, West a root cause of crisis – Syrian UN envoy to RT

With the collapse of the deal, the Syrian government launched an offensive on rebel-held areas of Aleppo, a city divided between the Syrian Army and dozens of armed groups, including Al Qaeda off-shoot Al-Nusra Front.

The US acknowledged that it had not been going after Al-Nusra Front for months because the terrorists intermingled with ‘moderates’ and the civilian population. At the same time, it accused Moscow and Damascus of war crimes, citing civilian deaths caused by the renewed hostilities in Aleppo.

Russia has voiced concern that the US was deliberately shielding Al-Nusra Front from military action by Russia and Syria, hoping that the terrorist group would help oust the Syrian government.