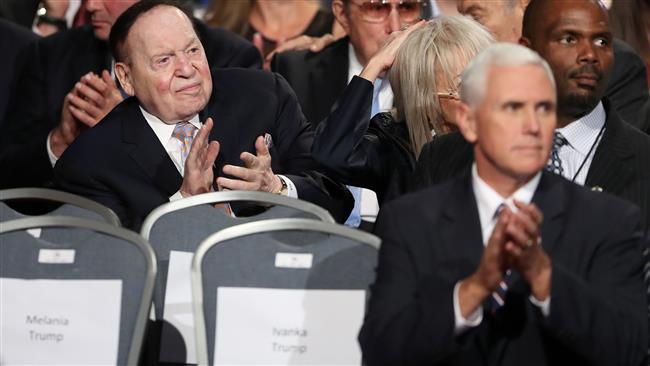 A federal appeals court has ruled against the vice president of GOP nominee Donald Trump over his measures to hamper support for Syrian refugees in the United States.

The Seventh Circuit Court of Appeals issued the ruling Monday as Indiana Governor Mike Pence was preparing for a debate with his rival, Tim Kaine, the running mate of Democratic nominee Hillary Clinton.

A three-judge panel on the court accused Pence of attempts to block payments to a rights NGO helping with settlement of Syrian refugees.

The three judges said Pence had unfairly attacked Exodus Refugee Immigration although there was “no evidence” that the refugees it is supporting might be terrorists.

They added that Pence says his policy of “excluding Syrian refugees is based not on nationality and thus is not discriminatory, but is based solely on the threat he thinks they pose to the safety of residents of Indiana,” noting “that’s the equivalent of his saying (not that he does say) that he wants to forbid black people to settle in Indiana not because they’re black but because he’s afraid of them, and since race is therefore not his motive he isn’t discriminating. But that of course would be racial discrimination, just as his targeting Syrian refugees is discrimination on the basis of nationality.”

Judge Richard Posner said in opinion that his policy barring payments to the organization “is discrimination on the basis of nationality,” describing it as a “nightmare speculation.”

“Indeed, as far as can be determined from public sources, no Syrian refugees have been arrested or prosecuted for terrorist acts or attempts in the United States,” Posner said. “And if Syrian refugees do pose a terrorist threat, implementation of the governor’s policy would simply increase the risk of terrorism in whatever states Syrian refugees were shunted to.”

Last month, Pence made remarks echoing Trump’s policy on immigration and Muslims, saying, “We shouldn’t have them in the country. We don’t know who these people are. We have no idea. This could be the all-time great Trojan horse. We have no idea who they are.”

Trump has himself called for a complete ban on Muslims entering the US in a policy proposal that outraged human rights activists.

The new accusation could influence Pence’s performance in the debate against Kaine, scheduled on Tuesday, particularly after Trump’s performance against Clinton in the first presidential debate was conceived by many, even some Republicans, as poor.

Both Posner and Judge Frank Easterbrook, were assigned by former President Ronald Reagan while the third judge, Diane Sykes, has appeared on Trump’s list as a potential replacement for Antonin Scalia in the US Supreme Court.