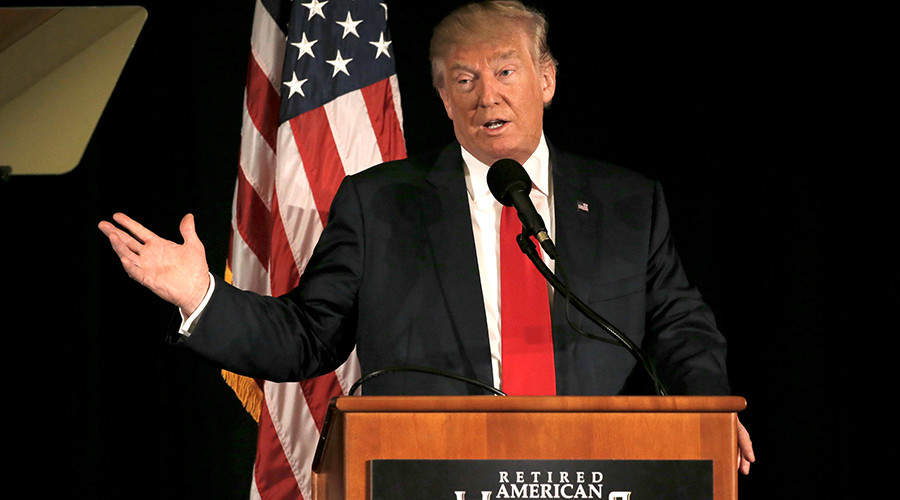 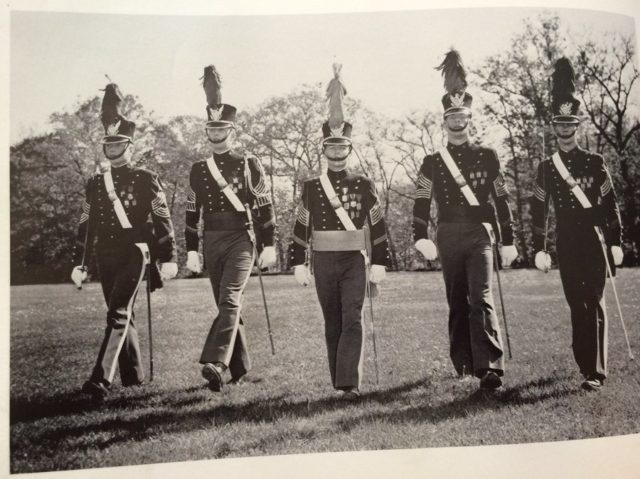 Editor’s note:  The Trump/Israel troll express is going to be hard put to fix this one, just as with the two decade tax dodge, which should send trump to prison for a bit.

After all, Capone went and he was twice the mobster Trump is.

RT/Moscow: The Republican presidential candidate, Donald Trump, told an audience of military veterans that those members who developed mental health issues did so because they were not “strong” and “can’t handle it.” The comments prompted a massive backlash on Twitter.

“When you talk about the mental health problems, when people come back from war and combat, they see things that maybe a lot of folks in this room have seen many times over. And you’re strong and you can handle it, but a lot of people can’t handle it,” the five-time Vietnam draft deferrer Donald Trump told an audience of military veterans at an event in northern Virginia on Monday. “And they see horror stories, they see events that you couldn’t see in a movie – nobody would believe it.”

Those remarks started a volley of tweets.

Mister Megative, a US Marine, said he had PTSD and served seven tours of duty in two theaters of war.

Hey @realDonaldTrump, what’s your service jacket look like? Where did you serve? When? What unit? You must be a veteran, right?

I’m done now. You’re unworthy of the title of Commander-in-Chief, @realDonaldTrump. In the name of God, don’t pretend to speak for veterans.

Vet Ramond03 who lives with PTSD.

I live evryday w/ the struggles that come w/PTSD. I do it gladly. My sacrifice, my honor. We’re not weak @realDonaldTrump#VetsAgainstTrump

My husband served this country honorably. He has #PTSD. #Trump has officially crossed the line for me and my family. https://t.co/o7uLCsGwCy

I don’t go on facebook much b/c this year alone I’ve logged on 3 times to find guys I served w/ either killed themselves or tried to. #PTSD

Democratic presidential candidate Hillary Clinton subverted his comment towards her own use.

Veterans who experience PTS are stronger than we’ll ever understand. We owe them nothing short of world-class care: https://t.co/skZijed0k3

An Iraq Veteran with PTSD concluded: “Trump is a moron.”

I am Iraq War veteran with PTSD… even though I’m going through life with it I’m happy to have served… Trump is a moron.

Mental health issues such as depression and post-traumatic stress disorder have been stigmatized for decades causing many people not to seek help when they needed it the most. Mental health advocates trying to overturn the stigma have found it most pernicious in the military where asking for help is seen as weak and yet suicides are prevalent among military veterans, with available statistics suggesting more than 20 a day end their lives.

It’s October, Trump is still fumbling around having not read or learned a thing. Of course he’s never given a thought to stigma around PTSD.

It is not the first time Trump has insulted military veterans. In July 2015, he challenged the Vietnam War service credentials of Senator John McCain (R, Arizona).

“He’s a war hero because he was captured,” Trump said during an interview in Ames, Iowa. “I like people who aren’t captured.”

McCain ended up in a Hanoi POW camp after his Navy dive bomber was shot down in 1967. He broke both arms and a leg as he ejected. He endured enormous pain and torture and spent over five years in captivity.

Trump’s draft deferment has also attracted people’s attention.
Ronald Kuby, a criminal and civil rights lawyer and talk show host on WABC-AM in New York City, said Trump had multiple student deferment and he finally got a medical exemption that staved off the draft to Vietnam.

Trump “was a Vietnam draft dodger,” Kuby said. “I use the term broadly to mean anyone who took advantage of deferments to avoid being drafted.”
Trump had the opportunity to volunteer to serve in Vietnam, but he did not.

Trump told the audience the suicides often occur because veterans are not able to quickly made an appointment for “what could be a simple procedure, a simple prescription.”

After the Twitter backlash started trending, his campaign defended the comments and accused the media of taking them out of context and acting as the propaganda arm of Democratic president candidate Hillary Clinton.

“[They] took Mr. Trump’s words out of context in order to deceive voters and veterans – an appalling act that shows they are willing to go to any lengths to carry water for their candidate of choice,” said Lt. General Michael Flynn, a top advisor to Trump, according to the Washington Post. “Mr. Trump was highlighting challenges veterans face when returning from after serving their country.”

Which started another backlash.

@alivitali How can it be taken out of context when the entire context is reported? Does he mean Trump not responsible for what he says?