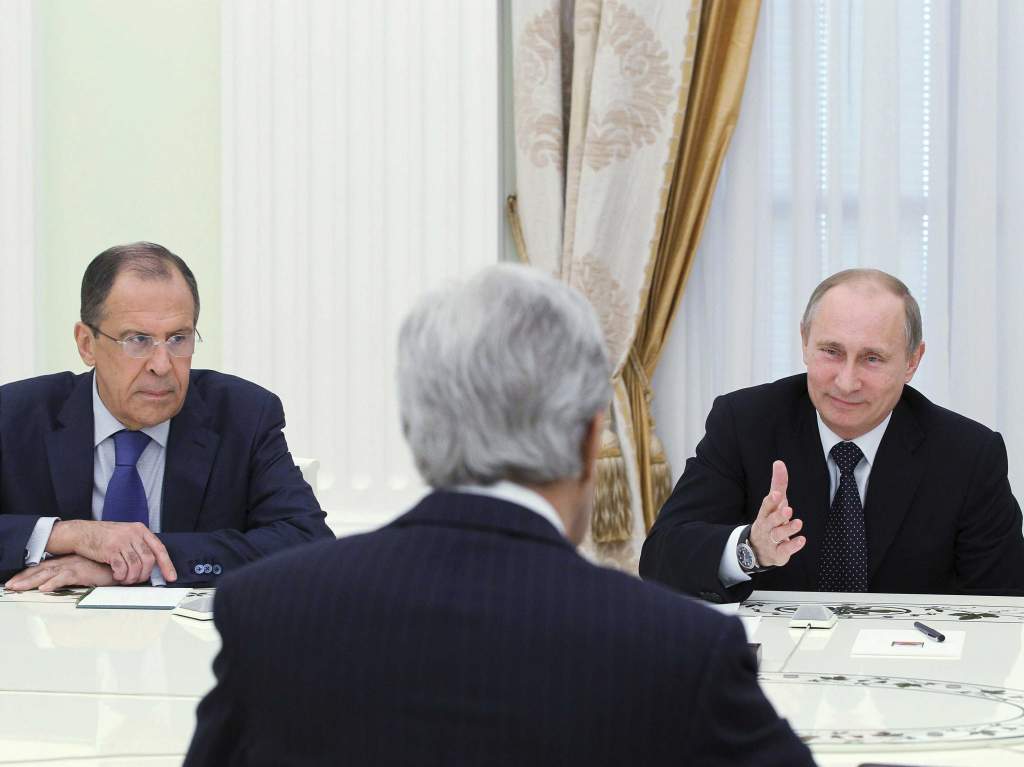 Dear Mr. Kerry, do you have any common sense at all?

John Kerry is learning the ropes the hard way. He is indirectly and unintentionally coming to the conclusion that you cannot be a New World Order agent and be a reasonable person at the same time and in the same respect. It is a contradiction which can hardly be reconciled.

At the end of last month, Kerry had to admit that, according to the New York Times itself, “the United States has no legal justification for attacking Mr. Assad’s government, whereas Russia was invited in by the government.”[1]

But here’s something that would probably wring your hands in desperation. Kerry moved on to say:

“The problem is the Russians don’t care about international law, and we do.”[2]

Did you catch the blatant contradiction? Keep in mind that John Kerry is a lawyer and is very familiar with basic logic such as the law of detachment or the law of syllogism. He knows what deductive or inductive reasoning is. He knows that in any deductive argument, if the premises are true, then the conclusion follows necessarily, whether the person making the argument likes the conclusion or not.[3]

Again, if the first two premises are true, then the conclusion, by definition, must be true.

So, if Russia is in Syria, and they have the legal right to be there, how can Kerry deduce that “the Russians don’t care about international law”? Is this really a sound argument? What logical inference that allows Kerry to take that weird step?

From a logical point of view, Kerry must admit that he is acting irrationally here. He received his Juris Doctor degree or Doctor of Law degree from Boston College Law School, so he is certainly not that stupid.

But Kerry cannot string two logical thoughts together because he is living in an essentially diabolical matrix which uses words such as “democracy” and “freedom” in a promiscuous way. In this diabolical system, “democracy” and “freedom” means destroying whatever country or entity that disagrees with or resists the New World Order, which always promises paradise but delivers chaos.

“Democracy” and “freedom” also means allying with terrorist groups which agree with the New World Order itself. The Ayatollah Khomeini would have almost certainly said that this New World Order is part of larger movement which was initiated by “The Great Satan.”[4]

Russian officials seem to understand this as well when they have recently declared that by allying with terrorist cells in Syria, the United States is obviously ready “to make a deal with the devil.”[5] In the same vein, military analyst Igor Korotchenko has recently said that the United States has a “devil-may-care attitude when it comes to its own promises and international law.”[6]

It is therefore no accident that Kerry has been struggling mightily to have a clear thought in his head. He obviously takes his orders from the Israeli regime—whose laws and political ideology are based on the Talmud[7]—and spread it across the political spectrum, particularly in the Middle East.

Let us not forget again that it was the Israeli regime that wanted to remove Assad from power from the beginning of the Syrian war.[8] Taking his cue from the regime in Tel Aviv, Kerry wanted to strike hard against the Assad government.

“On several occasions, Kerry has asked Obama to launch missiles at specific regime targets, under cover of night, to ‘send a message’ to the regime [in Syria]. The goal, Kerry has said, is not to overthrow Assad but to encourage him, and Iran and Russia, to negotiate peace… The U.S. wouldn’t have to claim credit for the attacks, Kerry has told Obama—but Assad would surely know the missiles’ return address.”[9]

Does Kerry mean to tell us that it was Assad who really started the war and that he never wanted to opt for peace? As Jim W. Dean has recently put it,

“While bullets and bombs fly all across Aleppo, barbed words are flying in national press conferences and electrons in cyberspace, with Western media trying to portray the Syrian coalition as if it were invading a neighboring country to loot and pillage, as opposed to driving terrorists out of its own territory.

“We have seen all of the old anti-Damascus propaganda smears in action, including the age-old barrel bomb and gas attack stories, with the usual jihadi false flag executed ones, where they rush in to shoot media for the press.”

The fact that the US has recently violated what seemed to be a reasonable ceasefire is also a clear indication that the United States never wanted peace in Syria but wanted to kick Assad out of power. The fact that the US continues to support the so-called Syrian rebels, who the Wall Street Journal itself admits “draw closer to al-Qaeda-linked group,”[10] is a devastating news for New World Order agents.

Dean again is right when he says, “The US-sponsored insurgents refused to disengage from their former al-Nursa compatriots, including those that signed onto the ceasefire for the expected air cover it would provide them.”

Moreover, Kerry has repeatedly said: “We’re trying to pursue the diplomacy, and I understand it’s frustrating. You have nobody more frustrated than we are.”[11]

Does diplomacy mean bombing a sovereign government? How about State Department spokesman John Kirby’s recent comment that the United States ought to start attacking Russian cities? Is that really within the framework of international law? Kirby meant it when he said:

“There are other options that don’t revolve around the act of diplomacy.”

John Kirby—bless his heart—was struggling terribly to explain the incoherent system in which he lives. Like Kerry, Kirby does not lack sophistication to understand the political order and apply it consistently. But he is incapable to clear his head because the New World Order is logically incoherent—and Kirby obviously does not want to lose a lucrative career.

Vladimir Putin would have probably told both Kerry and Kirby point-blank, “Have you folks any common sense at all? Do you see why I politically and intellectually make people like you bleed?”

[3] I was just teaching some of these things last week. During one session, one student claimed, “Is this really math? I’m having headache already.” To which I responded, “If you understand some of these basic principles, then you can apply them to the political realm. You’ll be amazed to see how so-called thinking people fail miserably in that area.”

[7] Marissa Newman, “Netanyahu reported to say legal system based on Talmud,” Times of Israel, May 8, 2014.