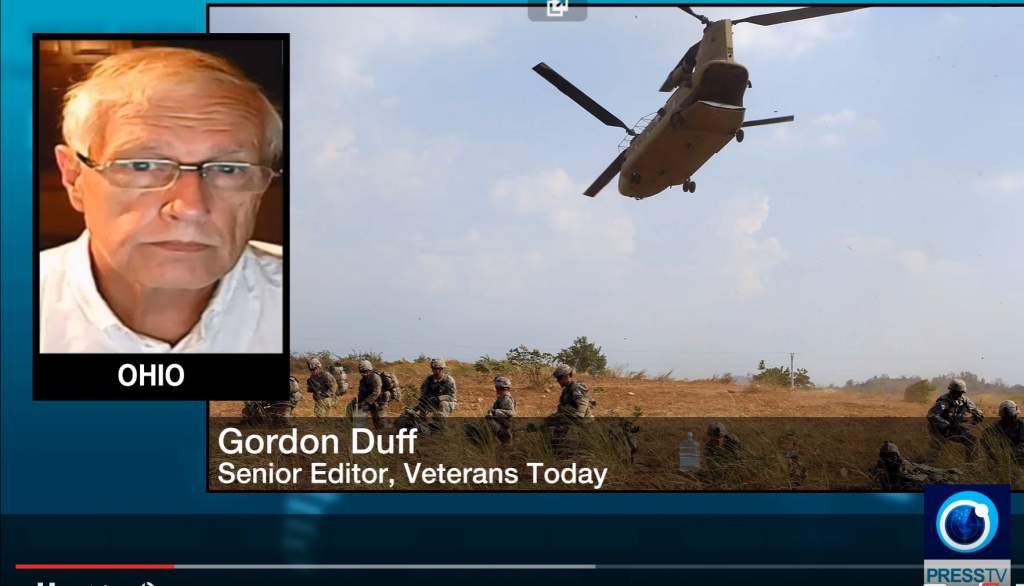 The alliance between the US and the Philippines is falling apart over Manila’s suspicions about Washington’s intentions in the South China Sea dispute, a journalist and intelligence specialist in Ohio says.

“The Philippines government is deeply suspicious that the United States is trying to build the Philippines into a base for a meaningless confrontation with China over a non-existent island in the South China Sea,” said Gordon Duff, senior editor of Veterans Today.

The growing tensions between Washington and Beijing over territorial disputes “is entirely fabricated and staged by the United States like the new cold war against Russia; the Philippines don’t want any part of it,” Duff said.

Duff said Manila fears Washington is trying to spread terrorism in the Philippines in the same way it did in the Middle East in order to gain leverage and control over the country’s government. “The only way the US can keep people in line is by keeping them beleaguered and weakened by internal strife.”

The US and the Philippines have launched their annual military drills, even as the Philippine president has called for an end to such maneuvers.

The annual amphibious landing exercises between US Marines and the Philippines military were to take place as planned in the northern island of Luzon on Tuesday.

Angered by US criticism of his bloody war against drugs since coming to office in June, Duterte said last week that the maneuvers will be the last under his presidency.

He also said he would review a defense pact signed two years ago known as the Enhanced Defense Cooperation Agreement (EDCA).

Last month, he called for the withdrawal of US Special Forces from southern Philippines.

Duterte has engaged in several inflammatory outbursts against the US during the past month, even calling US President Barack Obama a “son of a b***” in September.

As a counter to China in the disputed South China Sea, the US and the Philippines enacted the EDCA in 2014, giving the US military rotational access to five bases in the Philippines.

China has repeatedly criticized US military presence in the region and suspects the military drills are part of efforts to contain Beijing.

China claims nearly all of the South China Sea, despite partial counterclaims by Brunei, Malaysia, Taiwan, Vietnam and the Philippines. China is also locked in disputes with Japan and South Korea over the East China Sea.