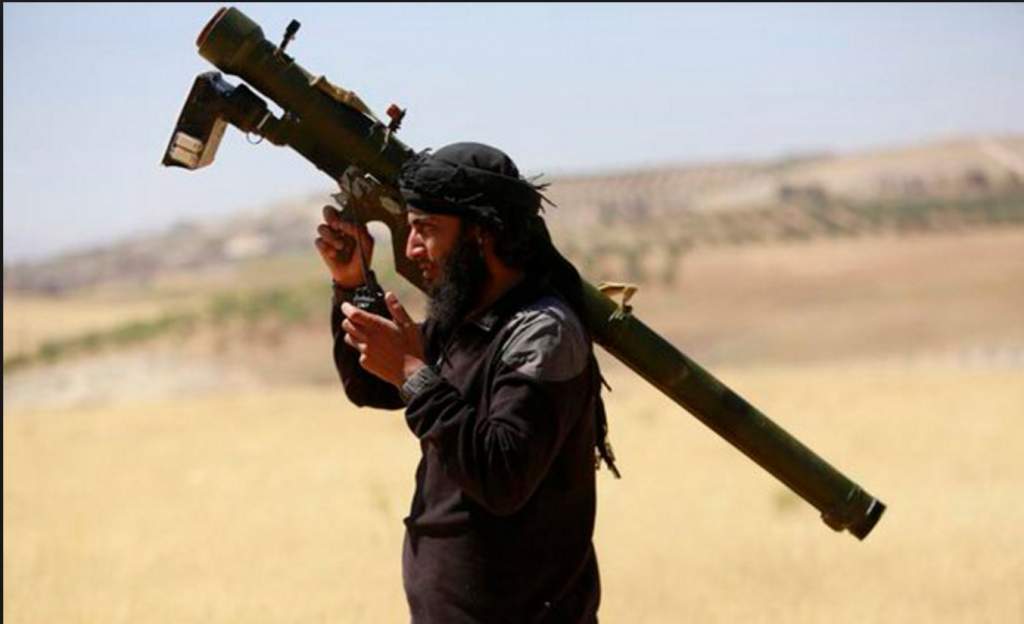 A resurgent Al-Qaeda poses a growing threat to the West as Islamic State is driven out of its strongholds, British Secretary of Defense Michael Fallon and security experts told media. They warn its branch in Syria, Al-Nusra Front, may be planning attacks.
–

“Al-Qaeda is still alive and kicking in Afghanistan, in Syria, in Yemen and elsewhere,” Fallon said, as reported by the Times newspaper.

“It has not been finally defeated and we are very conscious of that […] It is a very direct threat to the UK. Not just the [defense] ministry, but the security agencies are very much aware of that,” he added.

He claimed that is one of the reasons the UK is keeping troops in Afghanistan, as Al-Qaeda has been setting up camps in the south of the country, where British forces were based.

Al-Qaeda is a militant Sunni Islamist multi-national organization founded back in 1988 by Osama Bin Laden, the man behind the 9/11 terror attacks in the US. It spawned an offshoot terror organization in war-torn Syria, Al-Nusra Front, which has recently been renamed Jabhat Fateh al-Sham.

Considered one of the strongest jihadist groups in the region, it is currently battling President Bashar Assad’s army in Syria. One of the group’s leaders, Abu Mohammad Julani, was named a “specially designated global terrorist” by the US State Department in 2013.

Another leader, Ayman al-Zawahiri, recently called on Islamists to stage more attacks in the United States, addressing the world in a video statement on the 15th anniversary of the September 11, 2001 tragedy.

“The events of 9/11 were a direct result of your crimes against us, your crimes in Palestine, Afghanistan, Iraq, Syria, Mali, Somalia, Yemen, Islamic Maghreb, and Egypt [and] the result of your occupation of Muslim lands, theft of their resources, and support for the murderous corrupt criminals, who rule over them […] As long as your crimes continue, the events of 9/11 will be repeated thousands of times, by the will of Allah. And we will follow you — if you don’t cease your aggression [against us] — until the Day of Judgment,” al-Zawahiri said, according to a translation by the Middle East Media Research Institute (MEMRI).

Although in July this year Jabhat Fateh al-Sham said it was cutting ties from Al-Qaeda, the Pentagon recently alleged the two groups are still connected.

Citing sources in the defense sphere, the Times reported that the leadership of Jabhat Fateh al-Sham is working on plans to attack the United Kingdom and other targets across Europe after Islamic State (IS, formerly ISIS/ISIL), the other major terror group operating in the Middle East, is pushed back from the territories it occupied in Syria and Iraq.

“Al-Qaeda has been quietly rebuilding itself,” a government source told the news outlet.

“They watched [IS] become the big kid on the block. Al-Qaeda is biding its time. It will still be there when [IS] is done.”

The source’s words were echoed by Nigel Inkster, an ex-chief of operations at MI6 working for London-based International Institute for Strategic Studies think tank.

“Al-Qaeda have been rebuilding quietly and waiting out Islamic State, waiting to see Islamic State come under the pressure it has come under,” Inkster was cited as saying.

READ MORE: Russia, US not giving up on Syrian peace settlement after cooperation suspended


Russia and the US-led coalition have been separately fighting IS in Syria. Russia has also been conducting airstrikes against Jabhat Fateh al-Sham positions, while repeatedly accusing Washington of sparing the militant group and failing to separate it from more moderate rebels fighting against Assad’s governance.

FBI Director James Comey recently predicted that the international coalition would eventually succeed in defeating IS in Syria and Iraq, but warned that this will bring about another terror-linked problem, as “not all of the Islamic State killers are going to die on the battlefield” and “there will be a terrorist diaspora sometime in the next two to five years like we have never seen before.”

Apart from Jabhat Fateh al-Sham, Bin Laden’s organization’s branch based in Yemen, Al-Qaeda in the Arabian Peninsula (AQAP), also poses a threat as it has been successfully regrouping and gaining ground using the conflict between Yemen’s government and the rebel Houthis.

Moreover, sources say that some of Al-Qaeda’s core members have been returning to southern Afghanistan 15 years after they were forced to leave by the US-led invasion.

Believed to be 25 years old now and living in Pakistan, he also released a video in July vowing revenge against the United States at home and abroad in response to Washington’s policies in Palestine, Afghanistan, Syria, Iraq, Yemen and Somalia.