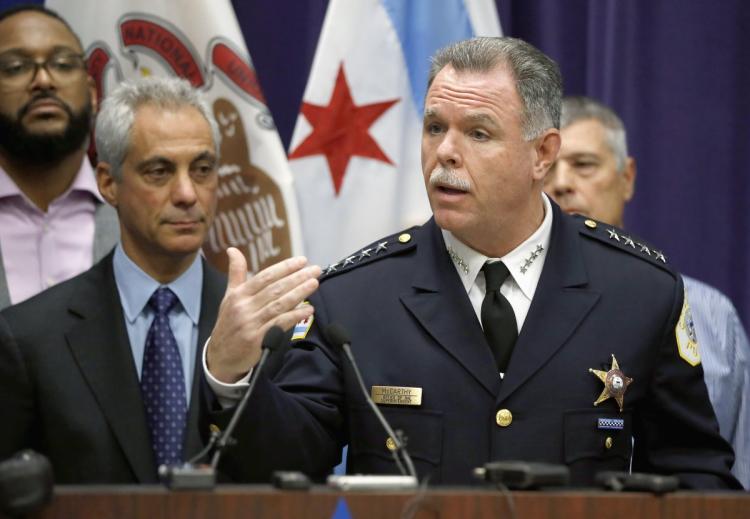 [ Editor’s Note:  I know what you are thinking, “Don’t bore us with another Chicago corruption story.” But this one is different because the whistle blowers have survived, which is a breath of fresh air.

Left out of the coverage below is any mention of Federal intervention in such a systemic corruption situation when the system is incapable of fixing itself. Sure, Feds could just take over the existing corruption but that is harder to do without top down protection.

VT has lone editorialized about the international criminal cabal that is so active in foreign policy where stealing on a grand scale is much harder for the folks back at home to have even any theoretical impact. But corruption on that scale has the corruption in major cities like Chicago as its building blocks.

It is why someone like Rahm Emanuel wanted to be mayor over such a corrupt city. It make him an important cog in a big wheel, much more than his being say an ex-Whitehouse chief of staff. It is why Hillary Clinton moved to New York to establish residency to run for her Senate seat.

She had a dependable network to plug into there. She was a player. New York did not need to be sold on what the potential benefits could be for having someone like here as its Senator. And if she wins in November it would be expecting an increase in its political annuity benefits.

Sure, Trump you could say is more of a “New York guy”, but the Big Apple is in a win-win situation for sure. And who knows, Mr. Emanuel might have his eye on the prize when he thinks it is his turn. He also will have a ready and waiting network to plug into for a presidential run, one that knows he also is a dependable player.

“The fish stinks from the head” is an age old saying for a good reason. It’s true… Jim W. Dean ]

The newest not-such-a-revelation from the Intercept that corruption in Chicago is spread wide and deep begins with a reminder of a May announcement that the city would settle for $2 million with two whistleblowers whose story threatened to show “extraordinarily serious retaliatory misconduct by officers at nearly all levels of the CPD hierarchy.”

A four-part investigative series by Jamie Kalven for the Intercept tells the story of those whistleblowers, Shannon Spalding and Danny Echeverria, their undercover FBI-CPD mission to expose the rot running deeply through Chicago’s thin blue line, and what they suffered for their efforts.

As Kalven reports, Spalding and Echeverria discovered a huge criminal enterprise operating within the city’s police department, complete with a lucrative protection racket, targeted arrests of their drug dealers’ rivals, and possibly murder. And, following a movie blockbuster script, they discovered that almost wherever they went, their investigations were dismissed, squashed, or met with harassment, threats and reprisal.

The two were forced out of the police department while, as Cory Doctorow points out, almost none of the increasingly-senior Chicago law enforcement officials who helped to cover up the departments’ wrongdoings were outed or reprimanded, and happily retired with their six-figure pensions, and their consciences, intact.

One more instance of corruption within Chicago’s law enforcement bodies should not come as a surprise, following as it does discoveries that officers’ dashcams are the objects of intentional destruction; that it operates secret, illegal interrogation rooms.

To that you can add it has spent hundreds of thousands of dollars on cell phone tracking systems; and that, like so many other American police forces, its members seem to so often shoot first (when it comes to black male suspects) and ask questions later. And only if they are forced to by a judge.

“The report itself isn’t that shocking or surprising, we have long heard misconduct complaints about Chicago Police Department,” Freddy Martinez, director of the Lucy Parsons Labs, who brought the cell phone tracking lawsuit against the city, told Sputnik.

“It’s quite interesting seeing Nick Roti at the center of the story,” Martinez noted. Roti is the former head of the Organized Crime Bureau of the Chicago Police Department, and is described in the Intercept report as calling whistleblowers “rats” and saying that he would refuse to work with them.

“Our investigation found that he’s been central to many of the decisions of Bureau of Organized Crime, which seems to be quite plagued in scandal. It’s a bit shocking to see that year after year commanders from CPD keep getting promoted and given more power [emphasis in the original]. The overlap of the war on drugs and police corruption is deeply entrenched in Chicago and you can tell this story is just another aspect of it.”

The officials named as defendants in the whistleblower lawsuit – who also include the commander of the Narcotics Division and the chief of the department’s Internal Affairs Division – all deny the charges, Kalven notes.

This united front is the ultimate expression of the department’s code of silence, Kalven points out. But, as he says in the introduction to the lengthy piece, perhaps that is not enough anymore.

With the 2014 shooting death of Laquan McDonald and the recommendation that seven officers be fired for their roles in covering up the circumstances surrounding his death, the department “has lost control of the narrative. This creates space for Shannon Spalding’s voice finally to be heard.”