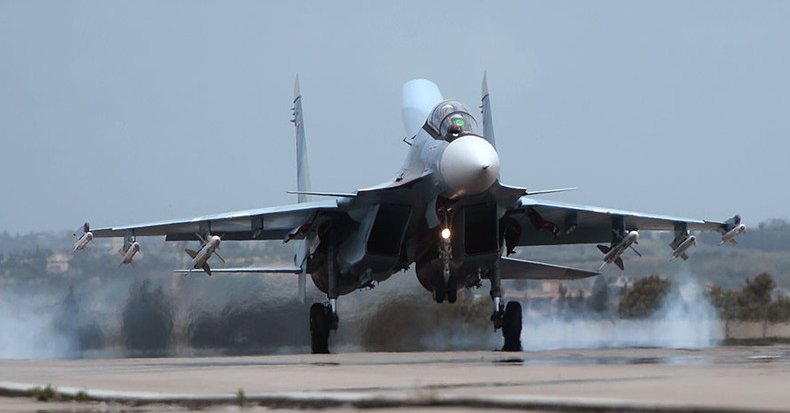 The Lower House could ratify an agreement to place a Russian Air Force base in the Syrian Republic on an unlimited basis as soon as Friday of this week, a senior Russian lawmaker told reporters on Tuesday.
–
“It is most likely that the State Duma will look into this bill on Friday. The final decision on putting the issue on the agenda of the parliamentary session will be made within the next few days,” MP Leonid Slutskiy (LDPR) was quoted as saying by Interfax.
–
Slutskiy was re-elected as State Duma deputy in mid-September and, according to reports, is likely to become the new head of the Lower House Committee for International Relations.
–

The head of the Upper House Committee for International Relations, Konstantin Kosachev, commented on Slutskiy’s statement, saying that if the State Duma ratifies the agreement this week, the Upper House will look into it on October 12.
–

On August 9 of this year, President Vladimir Putin submitted to the State Duma a draft agreement between Russia and Syria on placing a Russian Air Force group at the Khmeimim air base in Syria’s Latakia province on an unlimited basis.

The agreement, which was signed in Damask, Syria on August 26 of last year, specifies that the Russian air force group will be deployed at the Hmeimim airfield in Latakia province to maintain peace and stability in the region. The document emphasizes that the placement is of a strictly defensive character and not targeted against any other state.

The document was published on Russia’s web portal for official government documents on January 14 of this year when Yevgeniy Buzhinskiy, the former head of the Defense Ministry’s directorate for international agreements, told reporters that this is the first time such an agreement has been declassified and made public so soon after signing. Previously, documents of this type had remained secret for decades.

Russia first deployed an air force contingent in Syria in 2015 after receiving a request for military help from the Syrian government, which is currently battling Islamic State (IS, formerly ISIS/ISIL) and some affiliated groups. Russian war planes began launching air strikes on terrorists in Syria on September 30, 2015. Their work has aided the Syrian military in achieving considerable success at driving jihadist forces out of the country.

On March 14, 2016, Putin ordered a partial withdrawal of Russian forces because they had achieved all of the objectives that had been initially set for them in Syria. However, a small group of Russian combat jets has remained in Khmeimim and continues to strike terrorist positions. Russia has also deployed some special forces and anti-aircraft systems in the area to protect the base from attack.