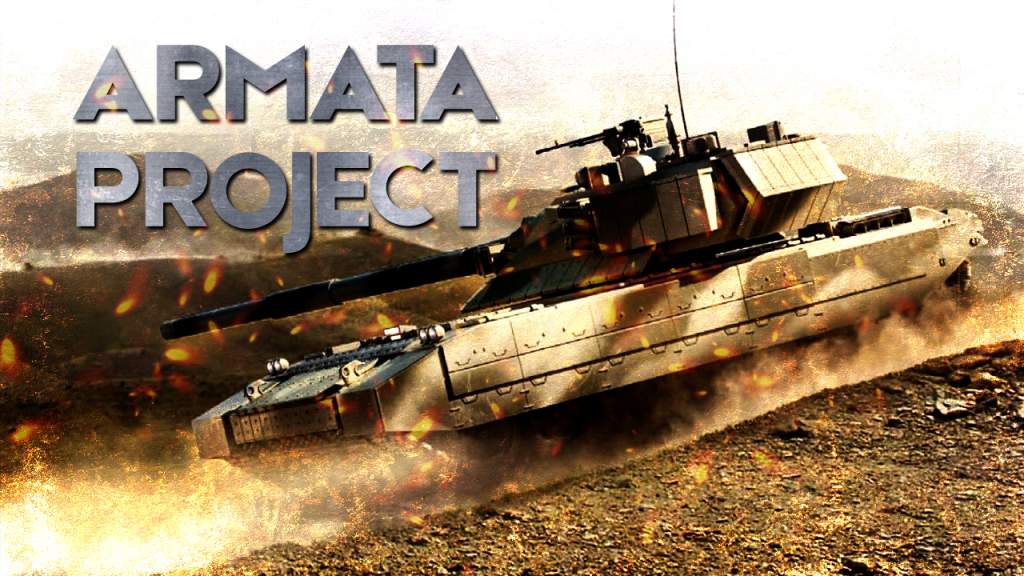 The Armata tank has become a real challenge for NATO tank builders. Design offices of Western countries were discouraged by the tank’s passing into service, which has the most advanced features in terms of mobility, protection and firepower. That is why tank builders have to adjust their current projects on future tanks, and prepare them for a possible confrontation with the Armata on the battlefield. But are the efforts being made to catch up to the Russian engineers successful?

At the Eurosatory exhibition which was held in June in France, German weapons company, Rheinmetall, presented a promising sample of a 130 millimetre (mm) gun – L/51, which is aimed at combatting modern armored vehicles, including Russian main battle tanks (MBT) T-14 and the Armata. The latest modifications to the T-90 were also presented. Manufacturers are affirming that the gun will be between 10% and 50% more efficient than the previous model of the 120 mm gun, the L/55, which is widely used in the army. However, the manufacturer has not reported on the method of estimation for the effectiveness of the gun.

Despite the increase in the firepower of the gun, its weight remains almost the same: the shutter – with a vertical locking mechanism – weighs about 3 tons (t) and the trunk has a weight of 1 400 kilogrammes (kg). This result is achieved through the use of high-tech materials and optimal design that allows for the new gun to be used on existing tanks of the latest modification, such as the German Leopard 2A7. This means that the weapon can be distributed widely. It can also be installed on the projecting German-French tank, the MGCS, which is anticipated to be placed into service after 2030.

To increase the armor penetration for the gun, new, longer and heavier projectiles were developed –   Armor-Piercing Fin-Stabilised Discarding Sabot (APFSDS) – as were separable trays and high explosive air-bursting munitions (HE-ABM).

Despite the manufacturers’ declaration of the significant increase in the firepower of the guns, experts have expressed doubts. The sample that was presented is designed for manual loading and experts have confirmed that the rapidity of fire cannot exceed more than six to eight rounds per minute. The T-14 has an autoloader, which provides for the rapidity of fire of about 10 to 12 rounds per minute.

Regarding the “increased efficiency” of the gun’s shot, as claimed by Rheinmetall, it must be noted that the rounds DM63 for the previous gun model, the Rh120 L/55 – which is installed on the tank Leopard 2 – has a penetration of up to 800 mm of homogeneous armour. Therefore, an efficiency of 10% in the L/51 model yields 880 mm. In comparison, Armata’s 125 gun, the 2A82-1M, provides armour penetration of between 850 mm and 1 000 mm. The 152-mm gun, the 2A83 – which has been tested in the 1990s to 2000s and will be installed on Russian tanks in future – hit 1 024 mm of homogeneous armor. It is known that field tests of the German guns were not carried out and that the gun has not been set on a real tank. Therefore, it is hardly possible that a 50% improvement in the performance of the German gun can be said to be achieved.

The Russian tank crew is set in a separate capsule, protected by a modern, multilayer counter-heat protection-effect armor. In addition, a dynamic Armata ‘Malachite’ protection system and the active protection system, ‘Afghanit’, provide protection against all existing anti-tank weapons. Finally, according to Armata’s developers, the mounted machine gun which obtains data from the Active Electronically Scanned Array (AESA) radar is able to protect the tank by knocking the flight of anti-tank missiles and changing the trajectory of the rounds or damaging cumulative jets.

It appears doubtful whether the new German gun can defeat such a fortress at this stage, even with a possible 50% increase in its efficiency. Of course, much depends on the situation awareness systems used, the ammunition, fire correction systems and electronic warfare; but it will take years or decades to develop such a combat-complex and corresponding strategy of its application. It should be kept in mind that Russian engineers will continue to design more sophisticated armaments.

Since it is possible to now assert that the Armata is currently the most powerful and protected main battle tank in the world, Rheinmetall’s affirmations that the gun can defeat the T-14 are seen as a marketing ploy and an attempt to attract the attention of potential customers to the objective problem of the need to combat the modern Russian tank.

The arms concern also raises the question of the expansion of financing for such developments. Clearly, the Western, or at least the European tank-building industry is behind the Russian industry. Nevertheless, the US military technologies could pose a significant threat to Armata, as demonstrated by the Future Combat Systems (FCS) and familiar doctrines. US military strategists are betting on the interaction of unmanned and mixed combat systems operating in three dimensions: ground, air and space. According to this approach, the target should be defeated from the zone located beyond the line-of-sight of the enemy. For example, a promising lightly-armored 20 t tank, the XM1202 (project FCM), equipped with a 120 mm gun (XM360), was supposed to launch the Mid Range Munitions (MRM-KE or MRM-CE) to a distance of 12 km and targeted with drones (class 1 T-Hawk or 4 Fire Scout). It is therefore more likely that in the coming years, we will see more Armata-oriented systems of weapons and even so-called ‘Armata killers’.