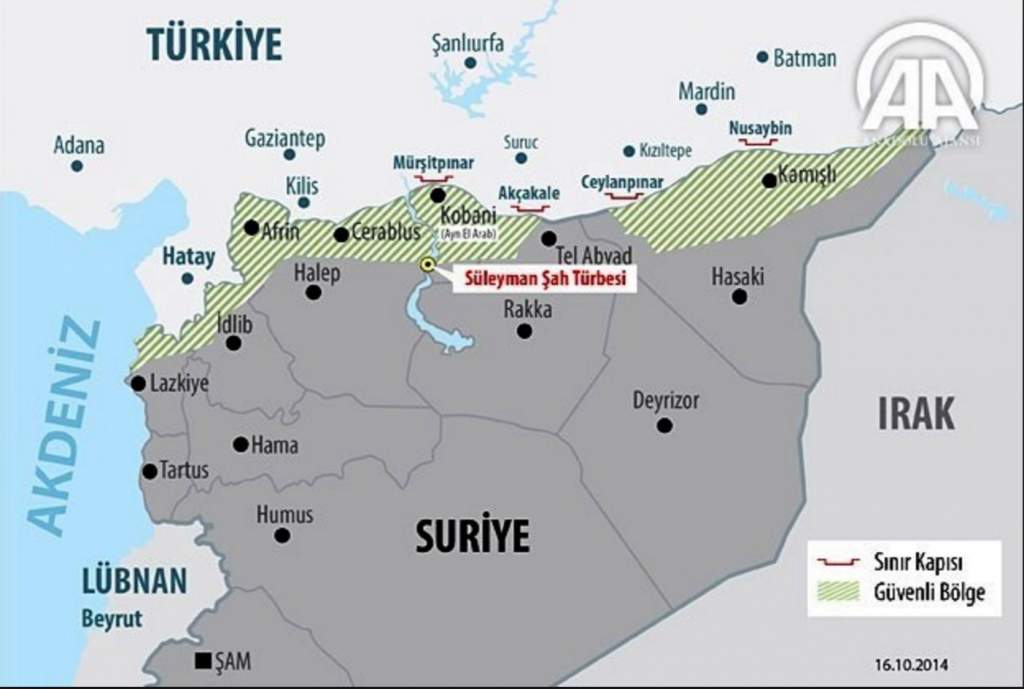 Amid the increasingly hawkish approach the US government has taken towards the Syrian government, it has been clear for its strategists that a no-fly zone over Syria would mean mass civilian casualties, leaked quotes from a 2013 Hillary Clinton speech have shown.

One of the problems with the no-fly zone, which Western hawks have long insisted should be imposed over Syria, would be the need to “take out” the country’s “very sophisticated” air defenses, Hillary Clinton noted in a Wall Street speech posted by WikiLeaks in the latest trove of classified emails.

“To have a no-fly zone you have to take out all of the air defenses, many of which are located in populated areas. So our missiles, even if they are standoff missiles so we’re not putting our pilots at risk— you’re going to kill a lot of Syrians,” Clinton admitted.

She then expressed concern that would make that “intervention that people talk about so glibly” a full-fledged “American and NATO involvement where you take a lot of civilians.”

WikiLeaks on Friday opened a Pandora’s box of emails leaked from the account of Clinton’s campaign chairman, unleashing thousands of messages with excerpts of her paid speeches for Goldman Sachs, Morgan Stanley, Deutsche Bank and others in between her job as secretary of state and the current presidential campaign.

Syria proved to be a hot topic for Clinton in 2013. During her speech for Deutsche Bank, she was asked by an audience member whether she would support US airstrike or boots on the ground in Syria, and if there was indisputable evidence that the Syrian government used chemical weapons on its people.

“Well, you’ve asked a very, very difficult question,” Clinton replied, “because we obviously talked about this at great length, and both the United States and Europe, as well as Israel, have said that’s a red line. And if there is indisputable evidence, then there is the stated commitment to take action.” “What that action is and what would work is extremely difficult to plan and execute,” she added.

Clinton asserted the US had some “potential” interests in Syria, the leaked document shows.

“It depends upon how you define national interest. We certainly do with chemical weapons,” she said during her October 2013 speech at the Jewish United Fund Advance & Major Gifts Dinner.

Clinton then justified Syria being “a national interest” by what she claimed was a possibility of it becoming “a training ground for extremists, a launching pad for attacks on Turkey, Jordan, the non-tetarian[sic] elements in Lebanon and, eventually, even in Israel.”

Another challenge mentioned by Clinton was for the West to “develop covert connections with the Syrian opposition to gain insight,” she said during the 2013 speech to Goldman Sachs.

“So the problem for the US and the Europeans has been from the very beginning: What is it you – who is it you are going to try to arm? And you probably read in the papers my view was we should try to find some of the groups that were there that we thought we could build relationships with and develop some covert connections that might then at least give us some insight into what is going on inside Syria.”

Clinton said she actually favored “more robust, covert action trying to vet, identify, train and arm cadres of rebels” in Syria, adding that things have been “complicated by the fact that the Saudis and others are shipping large amounts of weapons—and pretty indiscriminately.”

Clinton also said she has heard advice about Syria to “let them kill themselves until they get exhausted, and then we’ll figure out how to deal with what the remnants are,” according to another quote from the Jewish United Fund Advance & Major Gifts Dinner in 2013. She called it “a very hands-off approach.”

While journalists may still be combing through hundreds of the leaked emails, Clinton’s Republican rivals have already used leaks to hit out at her for hiding the transcripts of Wall Street speeches and running a “fraud” campaign.

“With today’s WikiLeaks revelations we are finding out who Hillary Clinton really is, and it’s not hard to see why she fought so hard to keep her transcripts of speeches to Wall Street banks paying her millions of dollars secret,” the Republican National Committee Chairman Reince Preibus said in a statement.

“The truth that has been exposed here is that the persona Hillary Clinton has adopted for her campaign is a complete and utter fraud. How can Bernie Sanders and many like-minded Democrats continue to support her candidacy in light of these revelations?”

Meanwhile, on Friday the Obama administration accused Moscow of being behind the hacking of Democratic National Committee (DNC) computers in June.

“Earlier today the US government removed any reasonable doubt that the Kremlin has weaponized WikiLeaks to meddle in our election and benefit Donald Trump’s candidacy,” Clinton campaign spokesman Glen Caplin said. “We are not going to confirm the authenticity of stolen documents released by Julian Assange, who has made no secret of his desire to damage Hillary Clinton.”

The Russian Foreign Ministry called the US allegations “nonsense.”

“This whipping up of emotions regarding ‘Russian hackers’ is used in the US election campaign, and the current [US] administration taking part in this fight is not averse to using dirty tricks,” Deputy Foreign Minister Sergey Ryabkov said on Saturday in comments posted on the ministry’s website.

“There is no proof whatsoever for such grave accusations,” Ryabkov said. “They are fabricated by those who are now serving an obvious political order in Washington, continuing to whip up unprecedented anti-Russian hysteria,” he added.