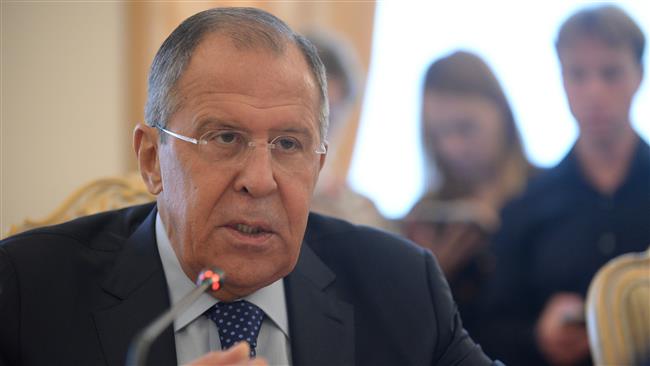 Russia says it will safeguard “its assets” in Syria if the United States plans to bombard the military airfields of the Syrian government.

Russian Foreign Minister Sergei Lavrov said some policymakers in Washington had been heard to advocate such a scenario of targeting Syrian airfields as an option in an attempt to cripple Damascus in airstrikes against the positions of terrorists in the country.

“This is a very dangerous game given that Russia, being in Syria at the invitation of the legitimate government of this country and having two bases there, has got air defense systems there to protect its assets,” the Russian foreign minister said in an interview with the Russian state TV’s First Channel on Sunday.

Russian warplanes have been pounding the positions of terrorists in Syria since September 30, 2015, upon a formal request from Damascus.

Lavrov, however, said he was convinced that outgoing US President Barack Obama would not adopt such a scenario.

Elsewhere in his remarks, the Russian foreign minister cast doubt on the nature of Washington’s so-called war on terror in Syria.

“US bombers very often return to the Incirlik Air Base [in Turkey] or to other bases they use, with unspent ammunition. There is a high frequency of flights, but the efficiency is very low. Some estimates put it at 15 to 20 percent,” Lavrov said.

Moscow “doesn’t see any facts that the US is seriously battling al-Nusra [now known as Jabhat Fateh al-Sham],” the Russian foreign minister said, adding that Russia was also suspicious about Washington’s calls for Moscow and the Syrian air force to end their airstrikes against terrorists in eastern Aleppo “because, yes, the main force of al-Nusra Front is there.”

Lavrov said he was suspicious about Washington’s secret work to hatch the plot of saving Jabhat Fateh al-Sham for turning it into a main force to overthrow Syrian President Bashar al-Assad in the future. The Russian foreign minister, however, added that he had asked US Secretary of State John Kerry about the possibility of such a plot, but Kerry “swore that this was untrue.”

On Saturday, the UN Security Council wielded veto against two rival draft resolutions proposed by Moscow and Paris on how to settle the escalating situation in Syria, particularly the war-ridden city of Aleppo.

The French-drafted proposal suggested a halt to Russian and Syrian airstrikes on the eastern part of Aleppo, which was vetoed by Moscow. Russia argued that halting the airstrikes “provides cover to terrorists from Jabhat al-Nusra” and other militant groups allied with them.

“An explicit attempt was made by banning flights in the Aleppo area to provide cover for the terrorists of Jabhat al-Nusra and associated militants,” the Russian Foreign Ministry said in a statement, calling the French proposal politicized and one-sided.

The Russian counter-resolution proposal urged an immediate halt to violence in the city, but it highlighted that anti-terror airstrikes must not be ceased. The Russian draft was rejected by some other members of the Security Council.

Moscow and Washington have a variety of disagreements over Syria, which has been gripped by foreign-backed militancy since March 2011. After several rounds of failed talks over the crisis, the United States warned last week that it had stopped cooperating with Russia.