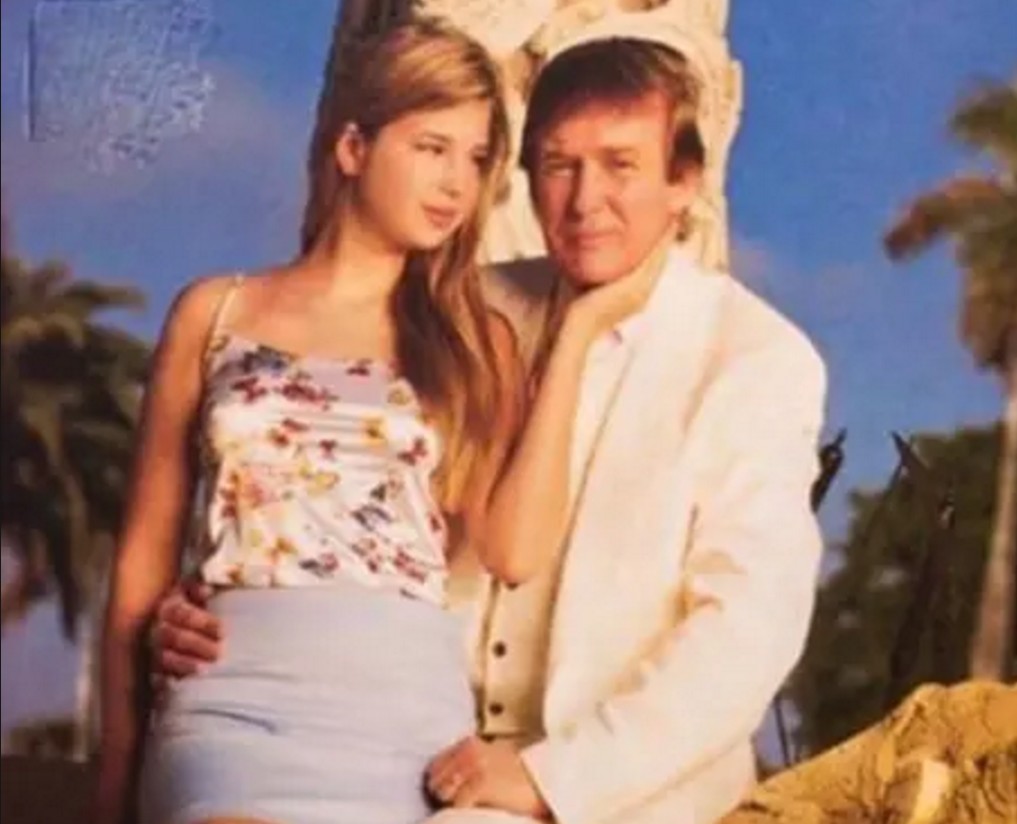 I’m still backing Trump! Unlike the gaggle of senior Republicans close to Bush 41 (sometimes referred to, affectionately, in the Intelligence Community as ‘von Bush’ or der Obergruppenführer) my support has never been soft.

The current hysteria in the liberal media in the States is amusing, predictable and hypocritical. Probably not even his best friend would describe Donald Trump as a feminist. He is nowhere near being a misogynist, however. He comes across as far more respectful to women than say Bill Clinton.

If he is elected, as I still think he will be, there would be no need for any able young woman to hold back from applying for an internship at the White House. I am not buying the liberal line – you could scarcely dignify it with the word ‘argument’ – that Hillary should not be associated with Bill’s sexual mis-deeds. She is associated with everything which he did which she has defended or helped to cover up.

I sincerely hope that Martha Raddatz and Anderson Cooper moderate tonight’s second debate more fairly than the first presidential and the vice-presidential debates were moderated. Raddatz has been pushing the lie about the death of Osama bin Laden since 2011, taking the White House and CIA line all along, so I am not hopeful. Very frankly I don’t believe that either Raddatz or Cooper will be able to summon enough professionalism to be fair, with respect to both.

Neither wants Trump as president and will probably cave in to the temptation to stick the knife in and then twist it. The scandalous mishandling and outrageous bias of the first two debates in this general election have seriously undermined the credibility not just of the so-called ‘moderators’ but also of the Commission on Presidential Debates. The CPD badly needs new leadership. Its Board is packed with liberals and RINOs.   I can’t see a single serious conservative on it.

Intelligence analysis is an ongoing process. Very often new facts come to light, or fresh arguments are made, and you have to revise your opinion. Firm opinions are fine, indeed you should always give your genuine opinion, but entrenched opinions are of no use to anybody.

Partly thanks to the comments on last week’s column I have revised my opinion on the first strike on MH17. I’ve also taken into account he published autopsy findings on the cockpit crew (pilot, co-pilot and the purser, who had the misfortune to be in the cockpit, indeed may have rushed in after the first missile struck) and the pattern of damage, in particular to the port cockpit area.

My revised opinion is that MH17 was hit by two missiles, not one. I had thought it was first hit by cannon-fire, based on the circular holes in the fuselage which were first published here on VT. Colleagues on VT also shared that view, indeed those holes are consistent with 30 mil cannon fire. However I now think MH17 was struck by a small air-to-air missile, probably a Vympel R-73 (NATO Reporting Code AA-11 Archer), which has a 16 pound fragmentation warhead, which does not contain the distinctive, bow-tie-shaped, fragments found in the Buk.

There are clearly two separate events here. I say that for six main reasons:

(2)  The Su-25 can carry the R-73 and it can be aimed visually, via a helmet-sight, ideal for a close-in attack on the cockpit to disable the crew. I had not appreciated in 2014 that the Su-25 can fire optically-aimed missiles. Furthermore my attention has been drawn to eye-witness testimony about a Ukrainian Su-25 returning to base that day minus an AAM. The testimony has the ring of truth about it and should not be dismissed out of hand.

(3)   The damage to the cockpit area is inconsistent with a Buk warhead, whether Chinese or Russian made, detonating close-in, yet we know the first missile detonated close in due to the distribution pattern of the fragments. At the same time the ‘dishing’ to the lower fuselage points to the detonation, further out, of a second proximity-fuzed warhead.

(4)    The autopsy findings rule out a Buk, due to the absence of the distinctive bow-tie shaped fragments in the captain’s body. The captain was in the left-hand seat.

(6)      Captain Shah’s evasive maneuvers with MH370 probably came closer to success than most people have realised. A missile has a very limited fuel supply. An airliner cannot outrun a missile, but it can stay in the air long after the missile’s fuel supply and kinetic energy have been exhausted. If the pilot of the target aircraft can keep the missile in play for even a couple of minutes he or she can sometimes get away with it. For MH17 the Chinese, who clearly fired the SAM which finally brought the plan down, would have wanted to set up the kill by disabling the crew. Don’t forget the Bad Guys read VT. They had no way of knowing if our work on MH370 was being read by Malaysian pilots or not.

In rejecting the report’s conclusions, I am not rejecting much of the valuable investigative work out-sourced by them, mainly to AIVD and MIVD, indeed I respectfully adopt much of it. The analysis of the Buk warhead was brilliant.

The Dutch Safety Board’s conclusions do not in fact sit well with the research they commissioned.  One must always remember that the experts who do the research will not necessarily agree with, or even see, the final draft of an official report. That draft will not usually have been written by experts, but by officials. Official reports usually reach conclusions which are agreeable to other officials.

I suspect the OVV’s conclusion – the Russians did it – was reached before any of the research was commissioned. We also don’t know what research was suppressed. Anything contradicting the official line is unlikely to find its way into an official report. If you want to watch a training video, also broadcast as a TV comedy, on how to rig official reports watch the hilarious Yes Minister episode about the ‘Henderson Report’, on ‘metadioxin’.

Of course, you can’t suppress everything. The damning autopsy results on the captain would have been difficult to suppress. The OVV were no doubt banking on the aviation illiteracy and lack of forensic skill on the part of the MSM. They reckoned without VT!

MSM Journalists, policemen and politicians are generally out of their depth when dealing with intelligence matters. Poor Martha Raddatz is a classic example, with respect – sadly she was easy to fool over the Osama death. I have no doubt whatsoever that she genuinely thought the bin Laden whose death she was reporting was Osama’s.

There is a classic case study in Spies in the Sky, which I reviewed last week.  David Brachi was a brilliant photo-interpreter in A Section at RAF Medmenham during the war.  He specialised in enemy shipping. At the beginning of 1941 he realised that Jerry was doubling his production of U-Boats at a number of yards which could be accessed by the PR aircraft of the day, and which weren’t under cover.

David couldn’t see all the yards, but he did his job, and interpreted the data. He was at the second phase of intelligence analysis, the evaluation stage. The acquisition stage was represented by the courageous Spitfire pilots who had flown over the yards in Germany. David got it 100% right, and had the moral courage to give his superiors his true opinion.

The intelligence went to Sir Dudley Pound, the with respect dodgy First Sea Lord, and. more importantly, to A V Alexander and Winston Churchill. The timely receipt of accurate intelligence allowed us to make up for the locust Baldwin and Chamberlain years and get more escorts into production. That’s how you do it. Any fool, even a Thames Valley policeman, no offense intended, can wait until the evidence becomes so overwhelming that a class of primary school children can get it right. By then, it’s usually too late. Intelligence analysts need to be ahead of the game.

Another area where I have revised my opinion, in the light of new facts, is on the sinking of the Tirpitz in November ’44. I had always believed it was the hydrodynamic pressure of the huge 12,000 lb Tallboy bombs bursting nearby which caused her to turn turtle. Reading Tony Iveson’s book (he never liked talking about his role in sinking Tirpitz, being, like myself, a modest sort of chap) it seems that the near-misses were critical, but not for the reason I thought.

Jerry had parked her in shallow-water, in the hope of fooling us, if we sank her, into believing that she was still operational. The near-misses carved out such huge craters that she had room to capsize at high water. The near-misses undoubtedly ‘sprang’ the hull as well, i.e. created a few leaks in the welded seams. The Tallboy which hit her amidships did the most damage, opening up a hole in her side.

I respect Tony’s view because he was there. I wasn’t.