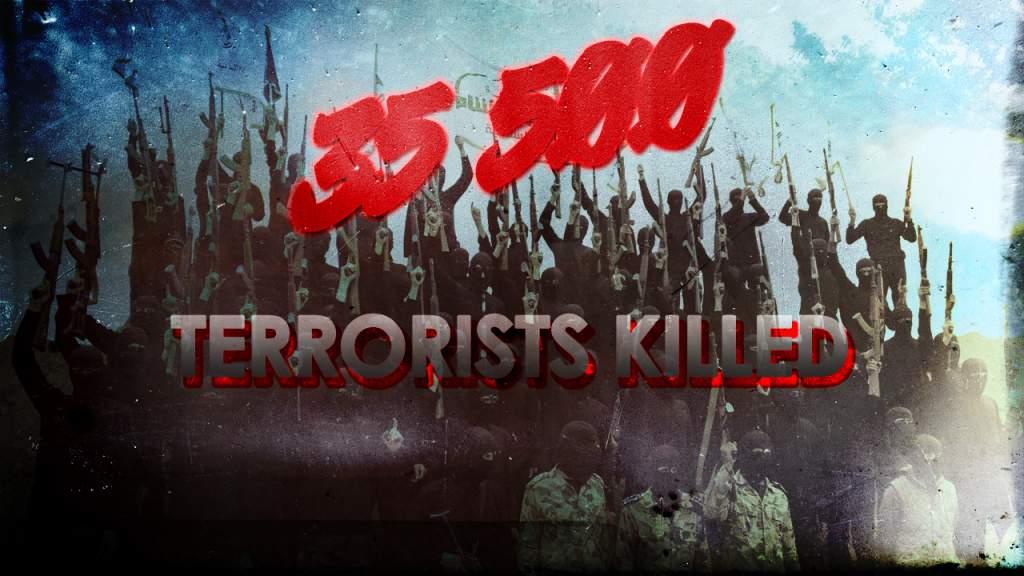 Initially, the Syrian army and the NDF took control of the village of Junaynah, then, after a series of firefights, they liberated Sha’atha and Tulaysiyah. On October 8, the pro-government forces freed from terrorists the vilalge of al-Qahira, the al-Shu’tha hills and the nearby agriculture airstrip, Khefseen and checkpoints near al-Khaima and al-Naqra. On October 9, the army and the NDF continued operations in the direction of Tamat al-Khalifah, Qubaybat Abu al-Huda and Kubbariyah. By October 10, they have recaptured the strategic town of Ma’an and the nearby village of Kubbariyah after a series of heavy firefights with terrorists.

Ma’an had been one of the major towns (others are Taibat al-Imam, Al-Lataminah and Kfar Zitam) strategically located near the M5 highway and captured by the joint terrorist forces.

The terrorists’ defenses collapsed due to the ongoing infighting among various factions. Major clashes are ongoing between Ahrar al-Sham and Jund al-Aqsa. Fateh Halab, Liwa al-Haq, Jaish al-Sunna and Ahrar al-Sharqiyah announced a support to Ahrar al-Sham while Fatah al-Sham has played a role of the big brother and made a series attempts to mediate a ceasefire between the groups. On October 9, Jund al-Aqsa gave alliance to Fatah al-Sham. Nonetheless, by October 10, the ceasefire has not been reached. At least 12 military commanders and over 80 militants have been killed in the fighting.

The army, the NDF, Hezbollah, Liwa al-Quds (a Palestinian pro-government militia) and other pro-government units, supported by the Russian Aerospace Forces and the Syrian Arab Air Force, have been developing momentum against the joint terrorist forces of Jaish al-Fatah and Fatah al-Sham in the strategic city of Aleppo. The pro-government forces implement a long-standing strategy aiming to take an upper hand on the terrorists, using the advantage in fire power and reinforcements. Terrorists units, encircled in eastern Aleppo, are limited in supplies and the maneuverability.

On October 8, the army and Liwa al-Quds took full control of the Awijah Neighborhood after a series of clashes terrorists. The pro-government forces also seized a strategic hilltop south of the neighborhood and the Jandoul roundabout. On October 9 and 10, the loyalists continued operations in northern Aleppo, trageting Jaish al-Fatah at Manashir al-Breij, southeast of Awijah.

The mid-term goal of loyalists in northern Aleppo is to seize the Asfar Hill that will allow then to secure Majbal Anzarat and take fire control of the northern part of Anzarat. The next strategic hilltop that the army and its allies will need to seize is Ayn Tal, northeast of the Bostan Basha neighborhood, partly sized by the army. If all these are done, the militant-controlled areas in eastern Aleppo will be significantly reduced and the government forces will be able to launch a storm of the main neighborhoods of eastern Aleppo.

In southern Aleppo, the army and Hezbollah continued pressure on terrorist units deployed in the Sheikh Saeed Neighborhood. The Sheikh Saeed road to the central Aleppo will likely become the axis of the main offensive operations of the pro-government forces in the area. In the 1070 Apartment Project no sides has been able to make gains despite the ongoing firefights.

35,000 terrorists were killed in Syria from February 27 to September 1, Russia’s Deputy Defense Minister, Anatoly Antonov announced, adding that 586 settlements and 12,360 square kilometers of the country’s territory were liberated in the same period.

Russian heavy aircraft-carrying cruiser “Admiral Kuznetsov” will depart to the Syrian coast to take part in the ongoing anti-terrorist operation in the period from October 15 to October 20, Interfax news agency reported, citing a source familiar with the situation. A large antisubmarine warfare ship, a big sea tanker and a rescue tug will accompany Admiral Kuznetsov in the campaign, which will last 4-5 months.