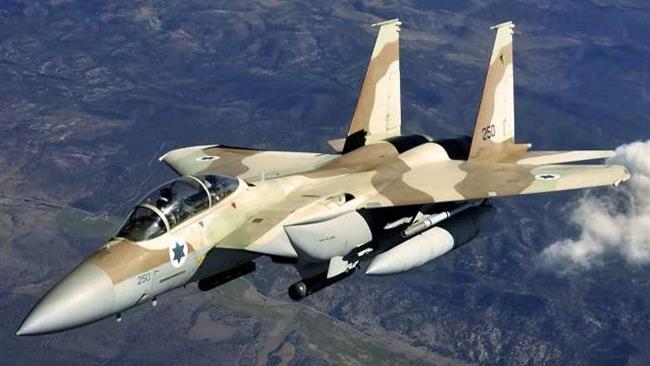 Israeli F15 warplanes could be engaged in false flag operations in Syria along with other aircraft flying out of Turkey to implicate Russia in war crimes, says Gordon Duff, a senior editor at Veteran Today.

Duff made the remarks in a Tuesday interview with Press TV while commenting on recently surfaced photos of American warplanes disguised in Russian camouflage, which have led to conspiracy theories about a possible false flag operation by the US to make Russia’s war on Daesh look bad in Syria.

Taken by a Canadian journalist, the photographs purport to show F/A-18 fighter jets, painted with blue patterns similar to those employed by the Russian military.

The images were released at a time that Washington and Moscow have reached a stalemate in their negotiations over Syria, giving the perfect ground to conspiracy theorists to weigh in with their extreme scenarios of a looming conflict.

Duff told Press TV that staff at the Veterans Today had failed to find evidence proving that the US is engaged in false flag operations in Syria; however, noting that such operations could be carried out by others.

“We do have reason to believe that others have done the same thing; we believe that either Israeli F15s or other planes being flown out of Turkey have attacked Syria, and have done this in false flag attacks,” said the Ohio-based analyst.

Duff, on the other hand, considered the possibility that recent reports about the US warplanes could be for training purposes.

“Whenever there’s a story like this and a photo like this comes out, it can be an accident; sometimes, it’s not,” he noted.

On September 30, 2015, Russia began air campaign against Daesh Takfiri group and other terrorists upon a request by the government of Syrian President Bashar al-Assad.

The so-called coalition led by the United States has been conducting airstrikes in Syria since September 2014 without any authorization from Damascus or a UN mandate.

According to UN Special Envoy for Syria Staffan de Mistura, more than 400,000 people have been killed in the conflict in Syria. The UN has stopped its official casualty count in Syria, citing its inability to verify the figures it receives from various sources.

Since March 2011, Syria has been gripped by militancy it blames on some Western states and their regional allies.