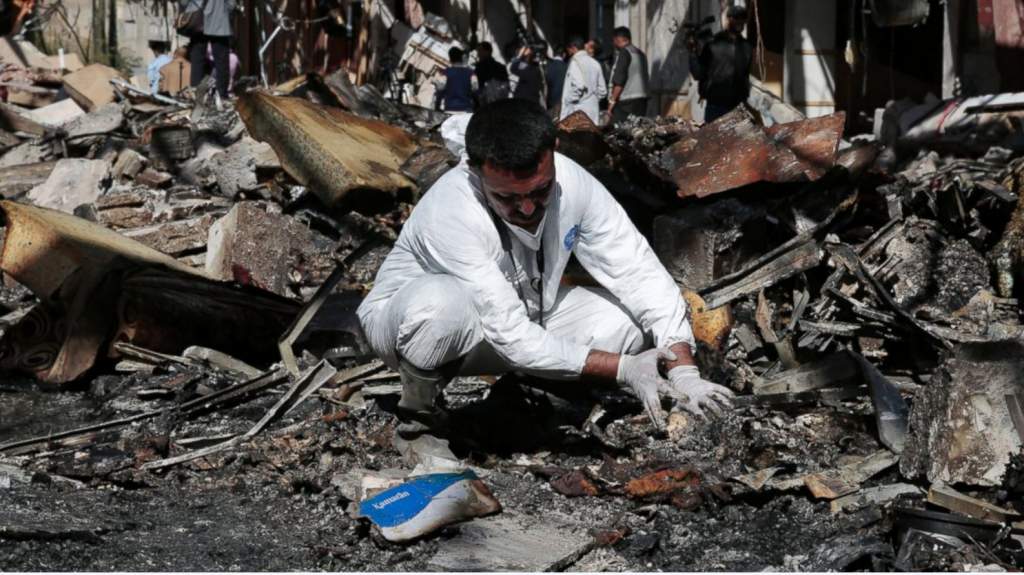 An investigation has revealed that the U.S. manufactured a bomb that killed more than 140 people, mostly civilians, in Yemen this past weekend, according to Human Rights Watch.  The airstrike, on Oct. 8, 2016, by the U.S.-backed, Saudi-led coalition at a funeral service in Yemen killed scores of civilians, garnering international outrage.  A spokesman for United Nations Secretary-General Ban Ki-moon condemned the bombing in a statement, adding that “those responsible for the attack must be brought to justice.”

HRW called the attack an “apparent war crime” today and urged for an international investigation into the incident.

“After unlawfully attacking schools, markets, hospitals, weddings, and homes over the last 19 months, the Saudi-led coalition has now added a funeral to its ever-increasing list of abuses,” Sarah Leah Whitson, Middle East and North Africa director for HRW, said in a statement today.