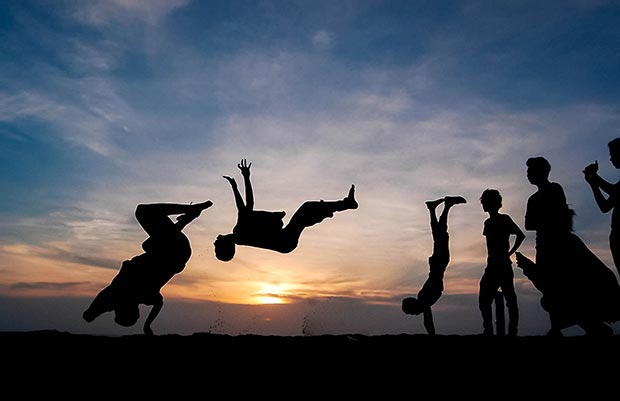 I have been thinking of writing this essay for more than a few years, since I became aware of the Christian Liberation Theology which has its roots in Latin and Central America and arose out of the Catholic Church indifference to the poor, the oppressed, the disfranchised, especially during the bloody years when the military dictatorship ruled with impunity and the murder of hundreds of thousands mainly in Central America, while the church was silent.

The Muslim and the Arab world is going through a similar phase, where military dictatorship has ruled for decades since the end of colonialism; and like the Catholic Church, the Muslim religious establishment was and continues to be indifferent to the misery and misfortune of hundreds of millions of Muslims throughout the Muslim world.

Back in 1971, Liberation Theology came about as a reaction to the poverty and social injustice in the region, when the Peruvian priest Gustavo Gutierrez wrote “Theology of Liberation”.

This movement found support from many leaders of the Catholic Church, such as Leonardo Boff of Brazil, San Sobrino of Spain, Juan Luis Segundo of Uruguay. But of course, the US, as sponsor of these military dictatorships, was opposed to “Liberation Theology”, accusing it of being “Marxist” inspired. In this war of words, the Vatican and the US were on the same side.

The Vatican saw the “Liberation Theology” as a fight between the political establishment and the religious establishment, and rejecting, in the words of Pope John Paul II, “this idea of Christ as political figure, a revolutionary, as the subversive of Nazareth, does not tally with the Church catechesis.”

The Liberation Theologists argued, “Jesus mission was to bring about justice to the world” and “ with preference to the insignificant, marginalized, unimportant, needy, despised and the defenseless”. The present Pope came from the school.

In Islam the story is no different, with all schools of thoughts or Mathaheb” siding with the political establishments of the times and continue to do so until now, giving justifications and excuses that it is God’s will that people live in such misery.

It is so unfortunate that leaders of the “religious establishment” do not see the Prophet Mohamed ( pbuh) as a social and theological revolutionary and must be recognized as such. The social revolution he started 1400 years must continue now and for the future.

The Prophet Mohamed ( pbuh) must be seen as a liberator that brought about a “just society”, with so many social changes that must be seen then and now as totally revolutionary.

It was his leadership, his vision, his commitment to social change that truly ended the “Age of Ignorance” in Arabia using the new faith as an instrument of social change addressing the rights of faith, gender, education, racial issues, conflict resolution, way ahead of civilization or faith of his times. While many “religious leaders” today call for the execution of Nonbelievers or those committing blasphemy, the Prophet (pbuh) reciting the Sura (2.256) “ there is no compulsion in religion” adding that there must not be “ compulsion, no destruction of houses of religion, no damage”. These words are lost today.

While it took America some 200 years after independence to give Slaves” full freedoms, the Prophet addressed racial equality when he stated, “ A White has no superiority over Black, nor does a Black have superiority over White except by piety and God’s action”.

Though Islam per say did not abolish slavery (an issue that I raise many times), however it introduced the very idea of “presumption of freedom” and addressed this issue when freeing slaves was deemed an act of religious duty, atonement of sins, using Alms for “manumission” and in these times these special ruling were revolutionary in comparison to the status of slaves in the Greco-Byzantine empires.

While the religious establishment in certain Arab and Muslim countries fight against education, especially women education, learning was mandated and given priority “ he who gives the best upbringing and education to his daughters shall enter paradise”. Not so sure which Islam the likes of Taliban and those opposed to women education learned. Certainly, it is not Mohamed’s teaching.

It is due to this revolutionary idea of education by the Prophet (pbuh) that Islam at one time, before the “religious establishment” took over, had great advances during the Golden Age — when science, algebra, medicine, astronomy, philosophy, all of which contributed the Western Renaissance, which Muslims badly need if and when they decide they need a new Islamic Renaissance.

While many in the West berate Muslims and Islam for the status of women, it was the revolutionary Mohamad (pbuh) that gave recognition and status to women as equal members of society, banning “honor killings” or “ female infanticide”, granting women the right to approve a marriage, right to own her own property even during marriage (this right was granted to women in the US in the mid 70s) to have and keep her own name after marriage (granted to women in US in mid 70s), the right to unilateral divorce in abuse cases, the right of widowed or divorce woman to decide on her own to remarry, and of course the right to inheritance and the rights to have support for her and her children. Yes, these are revolutionary ideas of the time. Marriage was deemed a “contract” not a “status”. What went wrong and why did we stop there?

It was the Prophet Mohamed (pbuh) who according to the Jewish scholar Bernard Lewis denounced aristocracy, privilege, rejecting the hierarchy without talent, and with Islam as an egalitarian revolution as the basis of Islamic Doctrine.

It was not so easy to introduce all these revolutionary ideas in Pagan Arabia, but he did it. Not only did the Prophet (pbuh) introduced total social reforms, he used the new faith to introduce moral credence and social value system for the safety and security of the community, barring violence, introduced a taxing system for the public good and in support of the society, dispute resolution, and individual rights and that everyone is accountable for his or her action.

So what went wrong?

Not so dissimilar from the different doctrine within the Catholic Church, Islam also had its own “schools of thoughts” doctrine, or “jurisprudence” some based on “hadith” or “tradition/narrative” others based on “opinion” or “Rai, others based on “Aqidah/Creed” predestined or free will, while others based on “logic/rationalism”. The later is nowhere to seen or heard.

However, all of these “Mathahib” were not too independent of the rulers of the time and in most cased were used like today, in support of the ruler, irrespective of just or no just. We all should remember the birth of the Anglican Church at the demands of Henry VIII.

There are 5 schools of thoughts (Mathaheb) since most Sunnis recognize the 4 but ignore the 5th. These are:

I should note here that the Ja’fari or the 6th Imam of the 12 Imam of the Shiite represent the views and the doctrine that Ahlu el-Bayet (The House of Mohamed) i.e. Ali are the legitimate successors of the Prophet Mohamed ( pbuh) to rule the Muslim world.

As I stated before, all of these Imams lived during the end of the Omayyad Empire, during the Abbasid Empire and the Fatimid Empire and all were at one time or the other servant and instrument of the rulers of the time. Some like Imam ibn Malik was dragged through the streets of Baghdad stripped of his clothes and all his wealth was confiscated. Imam el-Shafi was killed in Egypt.

These Imams were funded, supported by the rulers through funding of their schools or publishing of their books and other financial incentives — no different from today, where the religious established is the beneficiary of the political establishment.

Most, if not all of these Imams lived during the period of 80 H and 700 H, with Imam Hanafi as the earliest, and Imam ibn Hanbal as the last one. Since that time “ Ijtihad” was closed forever.

Since that time, there has been no effort from any religious leadership whether the one located in Al-Azhar or in Mecca, or Najaf or the one in Qom to dare to open and debate these doctrine of centuries ago, doctrine that appeared to doom intellectual and theological discourse, let alone address the miserable times the Muslim Umma is living through from poverty to illiteracy, to hunger, to sectarian wars, to corruption to denying women their rights, to failing to come up with a credible accountable governing political systems and institutions that takes into account the diversity of faith, race and culture that makes the Muslim world a unique place, rich and enriched with its diversity.

One has to ask what ever happened to the very revolutionary ideas of the Prophet Mohamed (pbuh) and why there is no Islamic Liberation Theology that speaks for the hundreds of millions if not billions of Muslims who are disfranchised and denied the basic right to life and liberty and dignity? The religious establishment is too busy serving its masters, and has forfeited the right to represent the “Ummah”.

Time to pick up where the Prophet Mohamed (pbuh) left and carry his mantle of “Islamic Liberation Theology”.