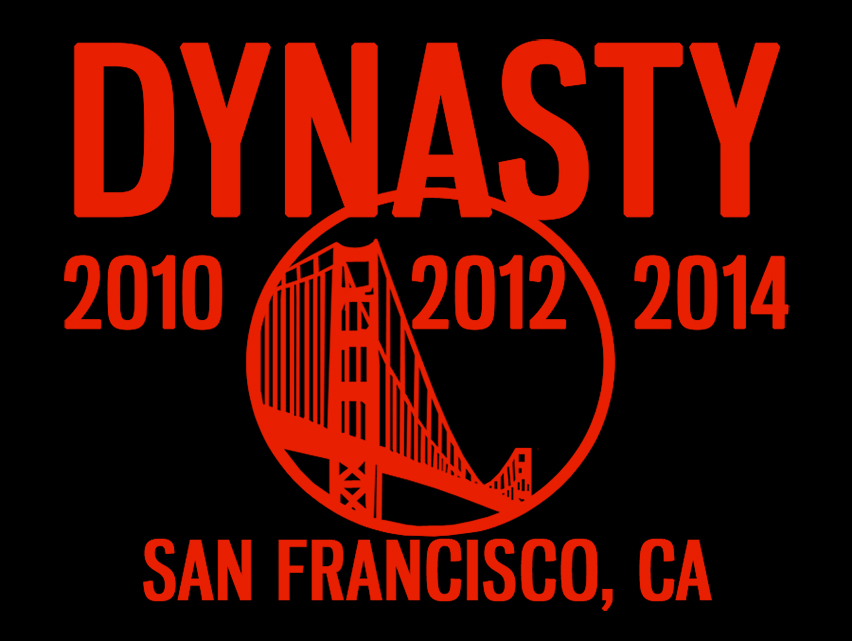 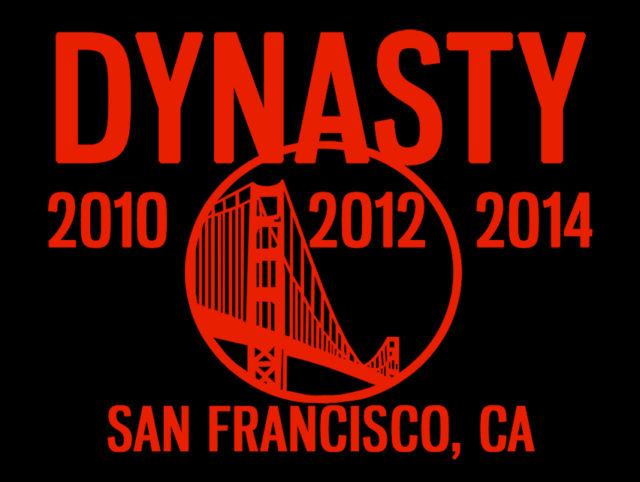 The Dynasty is over for the 2016 Giants who won the world Championship in 2010, 2012 and 2014 and were three outs from another playoff elimination game win over the Chicago Cubs on October 11th, a day after a sublime come from behind win against the Cubs. Then the piano fell on their collective heads as manager Bruce Bochy obviously over managed his team, killing the momentum by replacing Matt Moore for the ninth inning after pitching a two hitter for eight innings and opened the door for the Cubs to pummel the Giant’s Achilles heel ~ a carousel of tired and shaky bullpen pitchers for four runs and then finally crush them to a whimper with Chapman’s 100 mile an hour heat in relief. Thus the SF Giants went in one day from the sublime to the ridiculous with a humiliating six to five loss ~ which could have been avoided or perhaps postponed if Moore had been allowed to finish his pitching gem: Allen L Roland, PhD

I’m an avid Giant baseball fan ever since I heard the shot heard around the world on October 3rd, 1951 when Bobby Thompson hit a homerun in the 9th inning to beat the Brooklyn Dodgers and win the Pennant. See video ~

I was 17 years old at that time and living in Boston, Massachusetts but the Giants captured my young and exuberant heart.

I also remember well in 1962 when Willy McCovey smashed a bullet line drive into the Yankee’s 2nd base Bobby Richardson’s glove with two outs in the ninth inning of the World Series and the winning run at 2nd base. Over 50,000 fans fell into a shocked hushed silence including myself ~ I was 28 years old at that time, an active duty Navy carrier pilot and my beloved Giants had just moved to the West Coast. See video ~

Now I’m 82 years old and have celebrated and watched the Giants win the World Series in 2010, 2012 and 2014 under the brilliant guidance of Manager Bruce Botchy and now in 2016, they were seemingly on the verge of another playoff victory against the Chicago Cubs on October 11th at AT&T park. 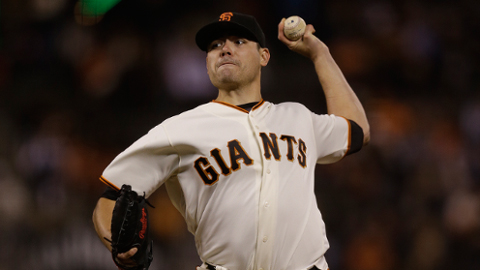 On the mound was a determined Matt Moore who held the Cubs to two runs and two hits in eight innings, retiring his final nine batters.

He had thrown 120 pitches but he had thrown 133 pitches on August 25th when he one hit the Dodgers and he still felt strong ~ as confirmed by Buster Posey.

I was watching on TV and screamed to Bochy to leave Moore in along with thousands of Giant fans at the game “Don’t take him out .”

Moore deserved at the very least a one batter curtain call for his incredible pitching effort ~ but it was not to be. The decision had already been made and it soon became a disaster.

The bubble burst when Moore walked into the dugout after the eighth inning, according to Steve Kroner, SF Chronicle , ” I just went and talked to pitching coach Dave Righetti and he said, “that’s it for tonight”  and after the TV commercial break ~ there was Derek Law on the mound ready to face Chicago in the ninth ~ the Cubs could smell the blood in the water and Giant fans, including myself, braced ourselves for the unknown ~ the feeding frenzy soon began and it was over in a few minutes. 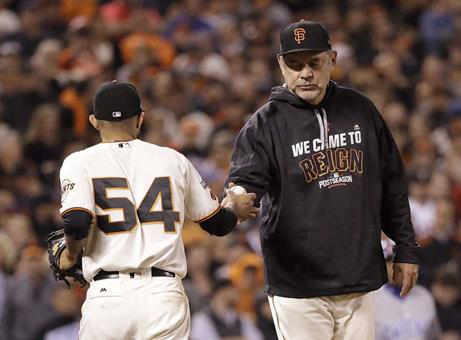 Reliever Sergio Romo openly laughing into his glove after being relieved by Bochy in the tense ninth inning did not go unnoticed by many and speaks of player disunity in the Giant Bullpen. In mid-September, Romo was seen laughing after Bochy pulled him, showing up the manager, and Bochy said they met afterward ~ but this was totally inexcusable behavior considering the circumstances.

Bruce Jenkins ,SF Chronicle describes the carnage, ~ ” On one of the most disastrous evenings in Giants franchise history, a 5-2 ninth inning lead became a four-run Chicago rally in what seemed like an instant.Relievers came and went, desperation filled the air, and the Cubs were ruthless in their execution. Free of Matt Moore, the Giants left hander who pitched the game of his life ~ they were feasting without mercy.” 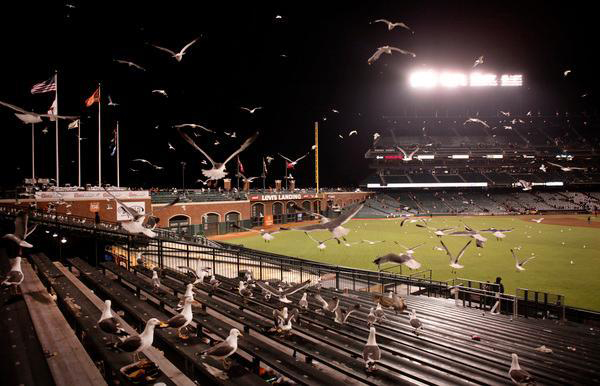 As the seagulls settled into AT&T park ~ also feasting without mercy ~ the Achilles heel of the San Francisco giants had been fully exposed to a nationwide TV audience.

The Giants shaky and suspect bullpen had a disastrous roll call in the ninth inning of a must win game but it would have eventually been revealed later in the playoffs but hopefully not at the expense of a magnificent effort by Matt Moore that foggy and damp night in San Francisco ~ or in the eyes of thousands of fans, including myself, who trusted that moment in the ninth inning and screamed  “Don’t take him out.”

Most certainly it still dwells in the mind of Bruce Bochy who was oblivious to the crowd’s chant as well as the genuine optimism and momentum of his team, and instead played mix and match with his suspect Bullpen after he ignored the dominating performance of Moore, who was obviously his best pitching choice in that situation, and who also fully deserved the accolades of the crowd as well as his moment in Giant history ~ before they headed to Chicago for a decisive game five….. thus it was not meant to be, and only the Seagulls and Cub fans rejoiced at AT&T … but the CURSE awaits the Cubbies in Chicago versus Kershaw and the Dodgers.

Love is the most important thing in the world, but baseball is pretty good, too. Yogi Berra