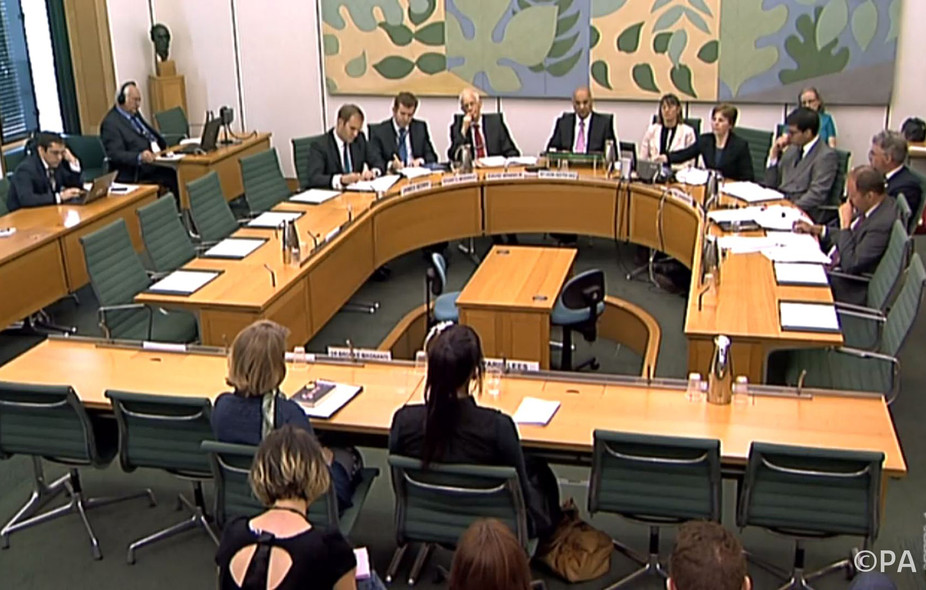 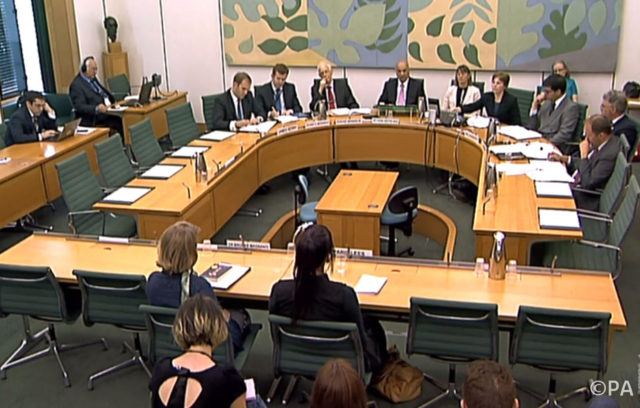 The House of Commons Home Affairs Select Committee has just issued its report ‘Antisemitism in the UK’ in response to concerns about “an increase in prejudice and violence against Jewish communities” and “an increase in far-right extremist activity”. It was also prompted by allegations of antisemitism in political parties and university campuses.

The following observations are based on the report’s Conclusions and Recommendations, which is as far as most people will read.

Hardly. It is no friend of the British people. Nor is it remotely a Western-style liberal democracy. We share few if any values.

The Israeli regime’s inhuman policies are driven by Zionist doctrine. I doubt if justice-seekers are in the least swayed by how many Jews consider themselves Zionists. Or how many Christians do, for that matter.

For the sake of even handedness, who will ensure that pro-Israel campaigns avoid drawing on hasbara lies and false claims to Palestinian lands and resources?

The abusers, and others with vile attitudes, may well be provocateurs bent on making Corbyn look bad. In any case why should he or anyone else feel obliged to “separate” antisemitism from other forms of racism?

Who needs a special definition or actually cares about differentiating antisemitism from racism? They are two of the same stripe, and I suspect most of us regard them with equal distaste and have no reason to put one above the other. In short, we know racism when we see it and that’s enough.

We tend to take a dim view of those who support states that terrorise others. Jews themselves have warned that Jews everywhere may suffer as a result of the Jewish State’s unacceptable behaviour. This is unfortunate as many Jews are fiercely critical of the regime’s misconduct and, to their great credit, actively campaign against it. By the way, how does the Select Committee suggest we treat those inside our Parliament who promote the interests of a foreign military power with an appalling human rights record?

The Chief Rabbi is flatly contradicted by the Jewish Socialists’ Group which says: “Antisemitism and anti-Zionism are not the same. Zionism is a political ideology which has always been contested within Jewish life since it emerged in 1897, and it is entirely legitimate for non-Jews as well as Jews to express opinions about it, whether positive or negative. Not all Jews are Zionists. Not all Zionists are Jews.

On the Chief Rabbi’s other point, what right in law do the Jewish people have to return after 2000 years, forcibly displacing the Palestinians and denying them the same right? Besides, scholars tells us that most returning Jews have no ancestral links to the Holy Land whatsoever.

The Select Committee is careful to say that “where criticism of the Israeli Government is concerned context is vital”. The Committee therefore need to understand that the so-called Jewish State is waging what amounts to a religious war against Christian and Muslim communities in the Holy Land. Ask anyone who has been on pilgrimage there. And read The Jerusalem Declaration on Christian Zionism, a joint statement by the heads of Palestinian Christian churches. It says:

“We categorically reject Christian Zionist doctrines as false teaching that corrupts the biblical message of love, justice and reconciliation.

“We further reject the contemporary alliance of Christian Zionist leaders and organizations with elements in the governments of Israel and the United States that are presently imposing their unilateral pre-emptive borders and domination over Palestine. This inevitably leads to unending cycles of violence that undermine the security of all peoples of the Middle East and the rest of the world.

“We reject the teachings of Christian Zionism that facilitate and support these policies as they advance racial exclusivity and perpetual war rather than the gospel of universal love, redemption and reconciliation…..”

In seeking to defend Zionism the Select Committee fails to put the opposing case – for example, that many non-Jews regard it as a repulsive concept at odds with their own belief. There is no reason to suppose that Zionist belief somehow trumps all others.

Did researchers ask British Muslims and Christians about the Palestinians’ right to their own state?

This research sounds like a swipe at people who are accused of ‘delegitimising’ Israel by questioning its right to exist. Actually Israel does a very good job of delegitimising itself. The new state’s admission to the UN in 1949 was conditional upon honouring the UN Charter and implementing UN General Assembly Resolutions 181 and 194. It failed to do so and repeatedly violates provisions and principles of the Charter to this day.

Israel cannot even bring itself to comply with the provisions of the EU-Israel Association Agreement of 1995 which makes clear that adherence to the principles of the UN Charter and “respect for human rights and democratic principle constitute an essential element of this agreement”.

In 2004 the International Court of Justice at The Hague ruled that construction of what’s often referred to as the Apartheid Wall breached international law and Israel must dismantle it and make reparation. The ICJ also ruled that “all States are under an obligation not to recognize the illegal situation resulting from the construction of the wall and not to render aid or assistance in maintaining the situation created by such construction”. Israel nevertheless continues building its hideous Wall with American tax dollars, an act of hatred against the Palestinians and a middle-finger salute to international law.

Here at home powerful Friends of Israel groups are allowed to flourish in all three main parties in the UK. Their presence at the centre of government and in the fabric of our institutions is considered unacceptable by civil society campaign groups and a grave breach of the principles of public life. The backlash to growing criticism of Israel’s stranglehold on its neighbours and increasing influence on Western foreign policy is mounting intolerance, Hence the Inquisition, which lately has been directed against Labour’s new leader Jeremy Corbyn, an easy target for orchestrated smears given his well known sympathy with the Palestinians’ struggle and his links to some of Israel’s (not our) enemies.

The shortcomings of the Select Committee’s inquiry are obvious. Its report doesn’t properly consider the opposite view. It is half-baked. It is lopsided. It is written in whitewash.