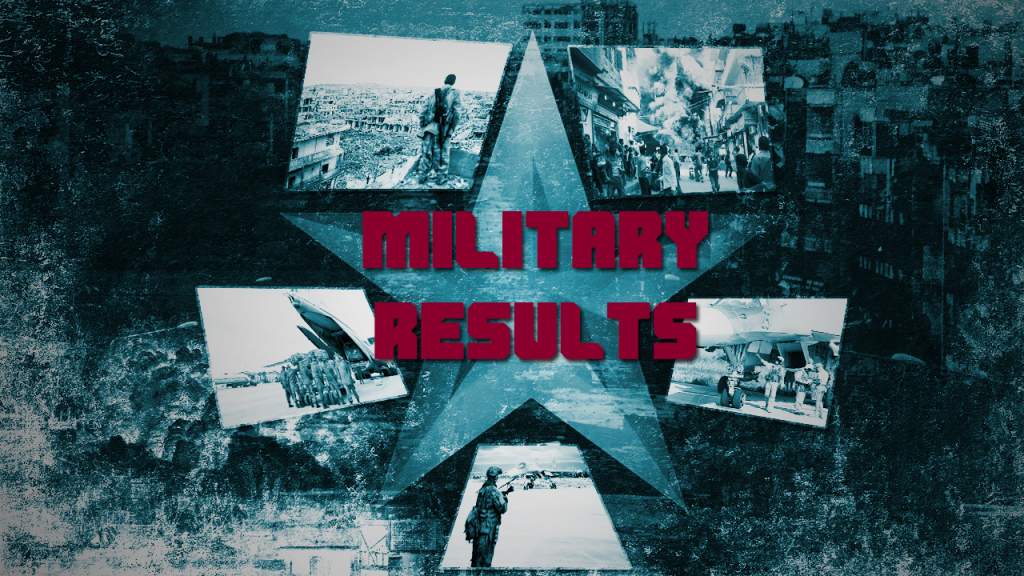 On September 30, 2015 Russia announced the start of anti-terrorist operation in Syria and the Russian Aerospace Forces begun to deliver air strikes on terrorist targets, with especial attention to Jabhat Al-Nusra and ISIS, across the country. During consecutive year, the Russian military deployed additional contingent of military advisers and increased military supplies to assist the Syrian government forces.

In September, 2015, despite the direct Iranian support, the pro-government forces were in retreat on all fronts. US officials and analysts estimated that the Assad forces will be able to survive not more than 5-7 months.

This is why the provinces of Latakia, Homs, Hama, Deir Ezzor and the Damascus countryside became the main areas of close operational support provided by the Russian military to the Syrian Arab Army (SAA), the National Defense Forces (NDF), Hezbollah and other pro-government groups.

In northern Latakia, the SAA and its allies, supported by the Russian Aerospace Forces, have achieved a significant success, taking control of a part of the Syrian-Turkish border and reached the militant-controlled province of Idlib. Among other gains, the government forces significantly expanded their zone of control along the M4 Highway, liberating such strategic sites as Salma and Kinsibba. The results have been gained despite the mountain terrain and massive assistance provided to militants and even military provocations by Turkey.

The Russian air power successfully met the challenge of supplying the Syrian military contingent besieged by ISIS in Deir Ezzor and assisting it to repell all attempts by the terrorists to advance in this strategic city.

In Homs province, the Russian and Syrian forces achieved a major success against ISIS group. The SAA and the Russian Aerospace Forces liberated destroyed a big grouping of ISIS terrorists near Mahin and liberated Qaryatayn and the ancient city of Palmyra. Then, the SAA and its allies successfully repelled a long series of ISIS counter-attacks in the province.

A strategic Russian air campaign aimed on destruction of ISIS’ economic basis – oil smuggling – had been a pretext of the military defeats of the terrorist group.

Nonetheless, attempts to advance on the Tabaqa Airport in the province of Raqqa and along the Palmyra-Deir Ezzor highway have not resulted in success.

In Aleppo province, the SAA and allies achieved another success against ISIS, lifting the siege from the Kweiris Airbase and expanding zone of control east of Aleppo city. ISIS and its allies from the so-called ‘moderate rebels’ counter-attacked at Khanasser but failed to cut off the government’s only supply route to Aleppo city. This created a foothold for the government forces’ further successes around the strategic Syrian city. The SAA expanded in areas east, north and south of Aleppo and at least completed the siege of its terrorist-controlled neighborhoods, but was not able to keep the control of the strategic town of Khan Tuman. Now, there are little doubts that the Syrian forces will be able to take control of Aleppo city.

In the northeastern part of province, the Kurdish YPG and some Arab units, supported by the US-led coalition took control of Manbij and declared the goal to link-up Kurdish-controlled areas of Syria. Turkey answered, creating an alliance of pro-Turkish groups and launching the Operation Euphrates Shield to prevent the Kurdish threat.

In Damascus countryside, the SAA successfully conducted a series of operations in Western and Eastern Ghoutas. Militant groups also almost peacefully withdrew from a number of sites, including Daraya town and Mo’adhimiyah Al-Sham suburb of the Syrian capital.

In Daraa province, the city of Sheikh Miskin has become the biggest gain of the SAA.

On October 1, 2015, SouthFront predicted that the Russian military operation in Syria will likely lead to the establishment of a permanent Russian air and naval base in eastern Mediterranean. By October 2016, Moscow expanded its military facilities in Syria, launching a program of transforming the Khmeimim Air Base into a full-fledged military base with a permanent contingent of the Russian Aerospace Forces and announced plans to turn its naval facility in Tartus into a fully-fledged permanent naval base.

Summing up the gains of pro-government forces across the country within the past year and the growing military presence of Russia in Syria, it’s easy to conclude that the start of Russian military operations in 2015 has dramatically changed the course of the Syrian war, delivering a devastating blow to terrorists and saving the Assad government from the military defeat. Now, the strategic initiative of the war is in the hands of Syrian-Iranian-Russian alliance.