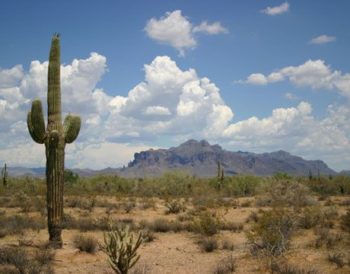 (San Francisco) October 22, 2016 – Good Day, this is “Your Radiation This Week” for the past 2 weeks. These are the Recorded Beta and Gamma Combined Radiation Highs that affected people around the United States. YRTW  is published every two weeks on Saturday. The next publication dates are November 5 and November 19, 2016.

Listed in Counts per Minute by EPA, a Count is one Radioactive Decay Registered by the Instrument. The Top Reporting Radioactive Cities are listed. The highest radiation reporting city is listed first, the least radioactive city reporting is listed last.

Still, all reporting cities are above normal. These are a portion of the American cities that exceeded 1,000 CPM these past 2 weeks. 40 Cities are Reporting Radiation Above 1,000 CPM. Take all necessary precautions.

Kill the Sperm and Eggs – Kill’em

A Reader wrote and asked if the DU bombing was “deliberate”. Oh, it was deliberate all right. But, not to kill the majority. It WAS designed to sicken, maim, lower immunities and kinda destroy the societies. Quite on purpose, too.

General Nichols [no relationship to author Bob Nichols] worked directly for Gen Leslie Grove, the head of the Manhattan Project. He was Tasked to develop an alternate bombing plan using DU if the atomic bomb was a dud and did not work. The plan became the Army’s current Bomb by Dose for Specific Effects Plan.

The guts of the plan was to bomb to a measured dose of Becquerels of Radiation per Square Kilometer to produce the desired physical and mental deficits in the population, including population control. It was simple, really. Just dial in the desired effects.

Oftentimes a radioactive hot particle set loose at one spot on Earth will catch a ride on the local Jet Stream and get swept  thousands of miles or kilometers around the world to return. The deadly radiation may zoom around the world many times before settling on a random unsuspecting person’s head.

Many Billions of Lethal Doses swarm around the Jet Streams now and the number is growing. Since there are only about 7 Billion Humans alive on the planet at this time, we [Humans] are seriously outnumbered and outgunned right now; and will be for an eternity.

Now the Rad has struck in a big and very visible way. One of the major effects of Rad is the killing of the most defenseless humans among us: fetuses and newborns – those kids less than Five [5] Days old. The killings last showed up in the 2015 Maternal Mortality Rate and Infant Mortality Rate in Texas. Nothing will come of their sacrifice, of course.

Quoting now: “Indeed, the report said it was “puzzling” that Texas’s maternal mortality rate rose only modestly from 2000 to 2010 before doubling between 2011 and 2012. The researchers, hailing from the University of Maryland, Boston University’s school of public health and Stanford University’s medical school, called for further study.” [9]

These “researchers” are the same kind of chicken shit company owned dudes who were “puzzled and befuddled” when the giant whales were and still are croaking all over the world for no apparent reason. They know, they just chose to lie and take the cowards way out; they are to be despised and shunned.

On the other hand, these are ordinarily brilliant, capable and highly verbal people. Something or someone has scared them out of their skins. Now, who is capable of generating that kind of fear in unrelated collage researchers around the country?

There is only one answer to that question and you have to find it yourself. Go right through the big government door marked the Chaos Agency.

New Item – Effective October 8, 2016 issue  “Rad Cities in Alphabetical Order” is an addition to the Rad List. It includes the exact cities as the first list that is Ordered by the Rad CPM number. The only difference is the way they are Sorted.

The YRTW Table of poisoned American cities has changed by adding a Column on the Right hand side. It is labeled “Corrupted?” The purpose of the column is to provide guidance as to the reliability, consistency and truthfulness of an individual city’s High Rad reading for the last 2 weeks.

Since a city’s report is subject to many strongly felt opinions that can affect Rad Readings, whether or not the Rad Unit was reporting at least 336 Hours (24 Hours x 7 Days x 2 Weeks)  takes on additional importance. The number of hours the machines work in a week is not an opinion, it is a fact. Of course, it may be falsified. That is a crime and may be prosecuted.

The Actual Number of Rad Readings is a number, a measure of efficiency. The unit either reported publicly; or it failed to do so 100% of the time. It can’t do both. Of course, it may be falsified.

There should be One Reading per Hour for the 2 week period, that’s 336 Rad Readings. The corruption may originate with a machine error, programming glitch, human intervention or change, intended or not. Of course, it may be falsified. That is a crime and may be prosecuted; but probably not. Will it instead be rewarded; yea, probably so.

The response may be “Yes” for “Yes, it is corrupted.” The entry will be “Left Blank” for “Not Suspected.” The most common departure from normal radiation reporting is reporting less than 168 times a week or 336 times every two weeks.

“MIA 1YrHigh” and “MIA 7YrHigh” are new categories under the column labeled Type of Rad. It means “Missing in Action – x Year High.”

See below:Follow YourRadiationThisWeek.org blog, on Twitter @YourRads and on YouTube at Your Radiation This Week Nichols on Nuclear – Fukushima and More

Have a wonderful radioactive weekend and remember to Dodge the Rads, it’s dangerous out there.
Copyright by Bob Nichols @ 2016. Reproduce and distribute, give full attribution to Bob Nichols at [email protected] .

1  The Radiation charts and graphs of the EPA at http://www2.epa.gov/radnet Individual queries can be built at the EPA RadNet Query Builder. Don’t skip the “2” in www2.
2. The EPA based reporting of http://www.NETC.com an LLC.
3. These station’s Radiation equals combined Beta and Gamma Radiation. Note: Not all locations report Beta Radiation. Gamma Radiation Monitors are reporting publicly at all these locations.
4. Reference: Digilert 100 Flyer pdf, “Normal background is 5-20 CPM.” http://keison.co.uk/seinternational_digilert100.shtml Copyright @ 2015 Keison International Ltd – All Rights Reserved.
5. CPM. “Although we can’t see it, taste it, smell it or hear it we can measure radiation and observe its effects. One way to measure radiation which the United States Environmental Protection Agency [EPA] has chosen to use on its radiation websites is in Counts Per Minute. Each Count is One Radioactive Decay.” Quote from the ‘Your Radiation This Week’ Apr 3, 2015. http://www.veteranstoday.com/2015/04/03/your-radiation-this-week/
6. Radiation destruction of chitin, IAEA, by Ershov, B.G.; Sukhov, N.L.; Nud’ga, L.A.; Baklagina, Yu.G.; Kozhevnikova, L.G.; Petropavlovskii, G.A. (Institute of Physical Chemistry, Moscow (Russian Federation)) https://inis.iaea.org/search/searchsinglerecord.aspx?recordsFor=SingleRecord&RN=26023735
7. “Plutonium Air” by Dr Paolo Scampa, AIPRI Blog, Aug 19, 2016, http://aipri.blogspot.it/2016/08/unaria-di-plutonio.html
8. “Radioactive Fertilizer,” AIPRI by Dr Paolo Scampa, September 23, 2016, AIPRI: Les engrais radioactifs,  aipri.blogspot.com/2016/09/les-engrais-radioactifs.html