We few, we happy few, we band of brothers;
For he to-day that sheds his blood with me
Shall be my brother ~ William Shakespeare, Henry V

[ Editor’s Note: I knew Motorola would be trashed in the media as follow on to the assassination plot — the CIA and Kiev wanting to paint a picture of itself just “killing terrorists to make the world safer”. But that does not include any court-martials of their own troops, or especially the neo-Nazi groups.

The story of Pavlov executing 15 prisoners was on a phone interview tape, where even the Telegraph reporter referred to it as “purportedly” being a call with Motorola. Such calls are mere child’s play to invent by national Intel organizations as an ABC-level psyop. Such propaganda was done all the time during the Cold War era.

The analogy with Lt. Dick Winters, (who ended up as a Major) of Band of Brothers did not come to me until I found some tributes from Motorola’s men about his bravery under fire, and his leading from the front, particularly his famous charge in the movie. There was nothing in Pavlov’s background that showed any hint of this level of leadership.

Intense combat is a hot fire and anvil that forges leaders out of raw material. So I thought I would cover Motorola’s back, as he certainly earned it, and VT readers all know who the aggressors and bad guys have been in the Ukraine and Donbass war. This is our present to them… JD ]

The old saying of “three strikes and you’re out” came true for the beloved Donbass commander, Motorola, known as Arseniy Pavlov. He was one of the many Russian veterans who went to fight in East Ukraine in response to the threats from Ukraine’s Rada that they were going to slaughter the Russians there.

In case anyone missed it, even the ladies got in on the mass killing hysteria, starting with Yulia Tymoshenko who wanted to nuke Donbass and then go on to nuke the Russians. Her phone call was intercepted and quickly found its way into Internet legend.

There had already been two attempts on Motorola’s life this year, one on June 24th at a hospital he was scheduled to visit for an injury, when a car bomb went off with bad timing and missed him, and another attempt in August behind his apartment building.

Veterans Today has seen similar cases with our own people over the years; situations we refer to as people not having mastered the art of knowing when to leave town, which is a necessary survival skill when you are in the field. Younger people tend to fall victim to this, and often the bravest.

Whoever killed him probably could not believe their luck in his not moving to a safer place, and focused their efforts at getting him cornered inside his building somehow, where the most vulnerable place is in the elevator. They placed a bomb on the easily accessible ceiling and detonated it remotely.

Motorola and his bodyguard, whose name was not published, were killed instantly, their body armor and weapons being of no use to them.

This is the kind of assassination that Special Ops people are trained to do, but we have seen no solid investigative evidence as to who did it yet. The head of the Donetsk Republic, Alexander Zakharchenko claimed he knew who the killer was, a Latvian who had infiltrated the militia, named Ozolinysh.

But the photo posted of him on a Twitter report turned out to be that of an unfortunate Russian attorney named Maxim Capes, whose image was lifted from an old social media account. This has the fingerprint of a major intelligence agency creating disinformation, dead-end trails to follow. But with no official published material from Donetsk yet, that leaves us with only the media spinmeisters to look at for clues.

Professional high profile killings like this, that are done by national agencies, will often have a prepared post-killing media campaign to help cover their tracks. This can be a breadcrumb trail to follow back to the organizers, if you know what to look for. I went for the low-hanging fruit in Kiev first, and found their media trying to lay suspicion onto Moscow for wanting to eliminate hard-to-control combat leaders.

The obvious aim with that ploy was to sow dissension between the Donbass military and Russian veterans serving in their ranks. In a stalemated but simmering conflict like this, undermining your opponent’s morale with psychological operations would be a high priority task. And Lugansk military commanders have been getting killed as part of that leadership decapitation program, with Kiev and its foreign helpers being everyone’s primary suspects.

The CIA has worked to prop up the semi-idiots in Ukrainian Intel, using their long Cold War history of divide and conquer tactics like this. But “the Russians did it” is really getting overused by the lazy Ukies, and the NATO crowd, also. When the CIA is involved, you will always find their fingerprints of having major medial platforms publishing “talking point” stories to avoid having the real killers making the suspect list.

My next stop was the British media, which are a formal extension of British Intelligence and really don’t work hard to hide it. I’ll start with the Guardian, compliments of the young Shaun Walker in Moscow, who picked up on the evolution of the “pro-Russian” tag, to its newer improved “Warlord” model, a silly use of the term for grassroots patriotic fighters.

The use of the Warlord term was an obvious spin smear, something a “journalist” would receive in his article talking points of requested terms to be used; the one other media will use for the echo chamber effect it has on readers when they hear and see the derogatory term used repeatedly, as was done with the Euromaidan Press article, a rabidly anti-Russian NGO site with a whiff of an Intel front to it.

Shaun Walker double dipped on his “lord” terminology, using it to frame Russia as the Donbass “overlords”, complete with its negative connotations. But I would bet he has never referred to Ukraine and its US, EU, or NATO “overlords”, despite their backing a violent coup which has destroyed the country.

The CIA thread throughout these spinmeister reports was the repetition of Moscow’s cleaning up some unruly mercenaries who had grown too independent, or might be indicted for war crimes, but without any framing of how many Ukies would be found in the dock with them.

Next we have Jack Losh of the Telegraph, He not only uses the Warlord term, but another one, describing Motorola as a Russian-born “mercenary”, and worse, a former “blue collar worker”. Heaven forbid that a blue collar worker would actually take up arms to protect his people.

And with no sourcing whatsoever, Losh gives us some reinforcement for the possible Moscow involvement in the killing. “While rebel leaders blamed Sunday’s bombing on a Ukrainian sabotage group, Pavlov’s slick murder bears all the hallmarks of an inside job, possibly with the involvement of Russian special forces.”

Describing a terror bombing assassination in an apartment building as “slick” is not a term that a real journalist would use. Losh closes with a obviously biased source, the former Ukrainian head of foreign intelligence, who claims that Motorola was having disputes with other commanders, and repeating the speculation of Moscow approval of the killing.

This is all the breadcrumb trail I had alluded to earlier… but it’s in spades.

Russell “Tex” Bentley, who knew Motorola well and lived 500 meters from him, had the best balanced report; saying that, with the two previous attacks, if Motorola had felt the Donetsk leadership had been involved, he would have gotten out of town first. And if the Sparta brigade had thought competing leadership was involved, they would have protested in the streets, which they did not.

The war is still going on in Donbass, with constant ceasefire violations that could flare into major fighting at any time. To think that the Donbass leaders or Russians would be killing off their most experienced and successful commanders is, of course, just ludicrous. Politicians are vastly more replaceable than proven military commanders. 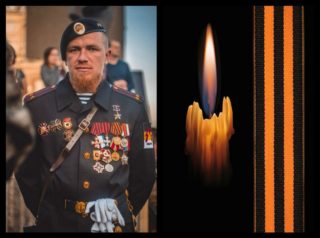 Motorola was one of those, on the level of the famous Lt. Dick Winter of WWII fame, who was discovered in the special TV series Band of Brothers, which is still all over YouTube.

The rank-and-file soldiers of both these men would have followed them to hell and back. Both were described as being able to size up a tactical combat situation almost instantly, then lead from the front, and be fearless under fire.

What I see going on here is the slow and steady elimination of the Donbass Republic’s most capable commanders as part of the current attrition war, with Western intelligence involved in the media spin to justify the continuation of the Russian sanctions and to take attention off the huge crimes by the Ukrainian coupmeisters and their Western backers.

This is a fairly black and white, good and evil situation here. No experts are required to read the tea leaves for us, as it is a matter of simple observation.

The people of Donbass, with help from their Russian friends, have defeated the realization of the US-NATO takeover of Ukraine.